Ghosting People With No Explanation Is Never OK

You aren't just "another option." 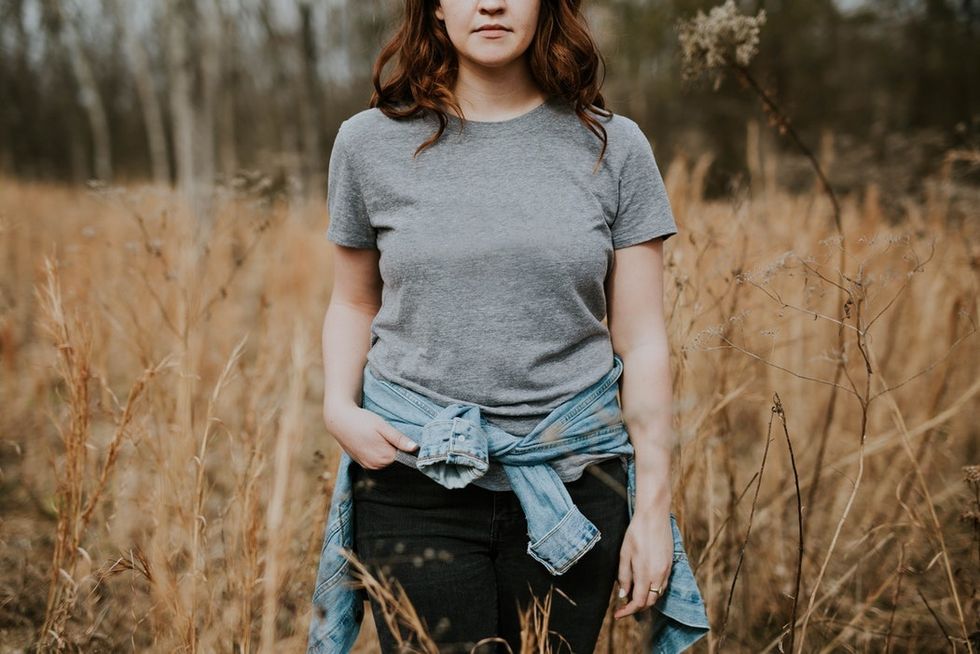 Ghosting has become such a part of our generation — leaving with no reason given and just going on with your life as if someone had never been a part of it. It is a way of getting someone out of your life without experiencing much loss or any of the consequences. I never knew what it was truly like until I experienced it myself — twice in the same season. There were no explanations given. There were no goodbyes or waving as they walked away. There were no opportunities to ask questions or to get the answers that I so badly wanted.

There was no closure, just someone important in my life one day and gone the next.

Things seemed to look fine and we were getting to know each other. I thought we were enjoying it too. There were no warning signs or red flags that I could see. We didn't have any disagreements that I knew of. I just stopped hearing back one day, for no apparent reason. In both situations I thought we were in the middle of something; maybe something special and genuine. I guess I'll never know if it was real, or just in my head. One is slightly more comforting than the other — to think that someone would get to know the real you, they still walk away.

It took me a little while before I realized what had happened because nothing is wrong with wanting space or being busy. But soon days turned into weeks and weeks into months. After being deliberately ignored, I got the picture. I was being avoided. I was being ignored. I was being left — again. I was being ghosted. When someone says "you weren't worth an explanation" with their actions, I won't keep fighting. I may be hurt, but I will not stay.

I will not beg for someone to not leave who doesn't want to. You and I are worth more than that.

I let the two guys just go with no acknowledgment of what had happened, but something changed with the third. I told him I knew what he did and didn't just let him cut off things the easy way. Maybe he had all the clarity he needed, but I needed it too. I needed to know that I at least tried and that he was aware of what he was doing. It's OK to be hurt about it. It's OK to want answers. It's OK to try to have that brave, but awkward conversation. It's OK to be vulnerable and share your heart, even if it's not returned.

People shouldn't be allowed to just delete people like you delete emails out of your inbox. Relationships and humans are valuable and should be treated with respect. It has become far more common and accepted than ever before. Our generation likes to take the easy road — the one without explanation, raw emotions or answers — the one without a proper ending, goodbye or understood silence.

We're all a little too much in a rush to get to the next big thing.

By doing this, we're missing the present, wherever that may be. Becoming devoted and digging in is so important. Let's not stay in the dark corners, but be fully invested into what we do. Being flaky and noncommittal isn't hot. Shouldn't it be all of us or none of us showing up? We are damaging ourselves and potential opportunities or relationships before they even begin. We can't just be in between places and on the edges of people's lives, hoping something better will come along soon.

Not only is that not fair to others, but it is also is not fair to ourselves. We'll miss a lot of things in life if we keep being noncommittal and indecisive. You need people to show up and stay for you, just as people need you to for them.

Truly leaving someone's life (not stalking their online presence anymore) should be a very careful prayed about decision.

People are not a pair of shoes you can just return if you change your mind when you get home. This is a big deal. Don't treat it lightly. I can guarantee you the other person isn't — you mean something to them. Once something happens to you more than once or twice, it seems to leave a permanent print on you. If we aren't careful, these past fingerprints on our life can cause us to be filled completely with fear. "What if the person that loves me for me leaves too?" we may ask. It can easily make us into someone we don't want to be.

Maybe right now we need to learn to trust more (not everyone will be the same) and begin to let things go. We will become lighter without it. As time goes on and you are strengthened by tough times, your grip will start to loosen once again. If I'm ever going to learn to live and love fully, I've got to trust, let go and repeat.

It doesn't happen overnight, but you and I will both get there, in spite of everything that we've been through.

We get to stay. We can't take every piece of pain from people, but we can stand by them. We can stand and stay, even in the silence when we don't have the right words. Life isn't all sunshine, but I don't want to miss showing up in the rain. I need to live in the trusting and calmness — that is where the deep things happen.

No, it won't be perfect, but it'll be progress and perfectly imperfect for me. We are what we choose, not what has happened to us. Remember, you are more than just another option.