'Fun Home' and 'The Crucible' Use The Past To Look Forward

The two most important shows on Broadway take different approaches to send its message. 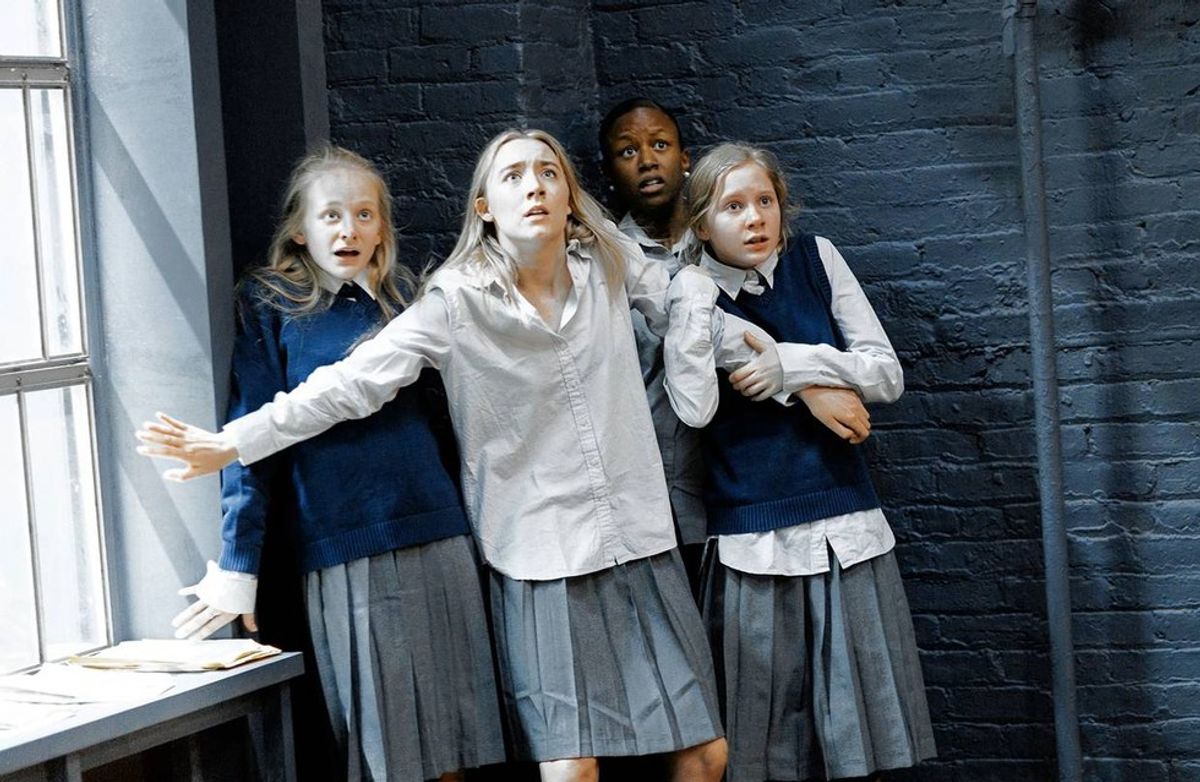 Last week, I was lucky enough to go back to New York City and experience three Broadway shows. I had taken this journey last year over the course of the summer, where I was granted the opportunity to see "On The Town", "It Should'a Been You", and "The Absolute Brightness of Leonard Pelkey" which resonated with me so deeply that I wrote a review about it. This time, I was able to see three different shows in two days; Fun Home, Arthur Miller's The Crucible, and The Curious Incident of the Dog in the Night-Time. All three plays were phenomenal, and I devoted very long Instagram reviews to them.

In this article, I'm going to focus on two of these shows; Fun Home and The Crucible, perhaps the two most important shows on the Great White Way today. I believe both productions embody the most important issues facing America today, and I believe they offer a unique viewpoint; one of looking back. We can look at these two shows as a guide on how to avoid making the same mistakes.

First, the deceivingly-named Fun Home. I only say the name is deceiving because the show was very, very sad. Based on a graphic memoir of the same name, It focuses on Alison Bechdel, a real cartoonist and a lesbian, as she reflects on her life in stages: as a child at her family's funeral home, and her time of coming out in college. It mainly focuses on Alison's relationship with her father, a closeted gay man. Alison grew up in the seventies, when things were still very hard for gay men and women (not to mention transgendered and queer people in general), and her father committed suicide because of it.

Forty years later, and a year and half after the show opened on Broadway, marriage equality for all LGBTQ people is law of the land. But things still aren't where they should be. The Orlando shooting, and the reaction from certain religious and political leaders, along with the emergence of "bathroom bills" and other forms of transgender discrimination, are proof that we aren't concerned with how LGBTQ people are really treated. Fun Home shows the dangers of that, from a closer perspective; the American family.

Bruce Bechdel (played by the remarkable Michael Cerveris, who won the 2015 Tony for Best Leading Actor for his performance) struggled with being gay his entire life, from his time as a soldier in World War Two, to his collapsing marriage to Allison's mother and his relationships with men and boys. Between his marriage, not being able to properly address Alison's coming out, and taking on a restoration project too big for him, it became too much, and he stepped in front of a truck.

According to S.P.E.A.K, suicide is the number one cause of death for lesbian and gay youth nationally, with 30% of Gay youth attempting suicide every year. Gays and lesbians are two to six times more likely to commit suicide compared to straight people, and nearly half of all gay and lesbian youth admit that they have attempted suicide more than once. What's more, "it has been conservatively estimated the 1,500 Gay and Lesbian youth commit suicide every year." Transgender suicide is also a big problem, and transgender people, while still existing, were a very excluded group in the gay community during the time Alison grew up. As more sexualities are explored, more ways to discriminate and isolate them are, as well.

Fun Home is playing at the Circle in the Square Theatre, on 235 West 50th Street, and closes on September 10th.

Next is the latest staging of Arthur Miller's timeless The Crucible. It only seems to be timeless because we as a country cannot give up the traditional sport of witch hunts. Miller wrote this play in 1953 as a response to McCarthyism and the Red Scare when Elia Kazan, famed film director and a close friend of Miller's, "named names" to the House Un-American Activities Committee. The response to this powerful play has mainly stayed stagnant, as each generation has seemingly found some other group of people to burn.

This time, it's Muslims and refugees. Director Ivo van Hove recognizes this by modernizing the play and placing the setting in a disrupted classroom. By the time the play's emotional climax hits, the classroom resembles a bombed refugee camp, and its actors look like survivors (if only barely) of a Syrian air strike. He also revamps the cast, with actors of color through-out (Sophie Okonedo brilliantly plays Elizabeth Proctor). Abigail Williams and John Proctor are also aged closer together to make their past relationship more digestible (both are portrayed with raw power by Saoirse Ronan and Ben Whishaw).

Fear has always been main theme in The Crucible, but in van Hove's setting, along with Phillip Glass' eerie underscore and ice-cold acting by Ronan as she accuses anyone and everyone of witchcraft, the fear is more resounding than ever, practically bouncing off the walls of Trump Tower like echoes. It's not hard to imagine this tale being told in Britain or Germany today with refugees playing the parts of the doomed and the Europeans strutting righteously across the stage like Putnams. Only Okonedo seems to be able to (brilliantly) prove her humanity on this stage, forgiving her husband's sins and standing by their innocence, and that's exactly the idea.

After so many different productions of The Crucible, this one has stood out to critics most, because of its parallels to the temperamental political climate we're facing today. van Hove, who also directed the Tony Award-winning adaption of Miller's A View from the Bridge, has perfectly captured a post-Trump America in metaphor, one easily divided by fear and greed. This production is surely a warning of the future we face if we don't rise above the fear-mongering attacks of the Orange Danforth. Remember that the Devil is indeed alive, and he is very close to walking the nation of Salem.

Arthur Miller's The Crucible is currently playing a strictly limited engagement at the Walter Kerr Theatre, on 219 West 48th Street. It closes on July 13th, and it is very much worth seeing.

Both these productions, along with Curious Incident, have resonated with me deeply for their startling parallels to the life we're currently living. Like all good theatre, it leaves us with something to take away from it; for Fun Home it's awareness, for The Crucible it's a warning. If we're to move forward as a successful nation, it's important that we keep their messages with us.