From Refugee Camp To Rio
Odyssey

From Refugee Camp To Rio

"These refugees have no home, no team, no flag, no national anthem. We will offer them a home in the Olympic Village together with all the athletes of the world." - Thomas Blach 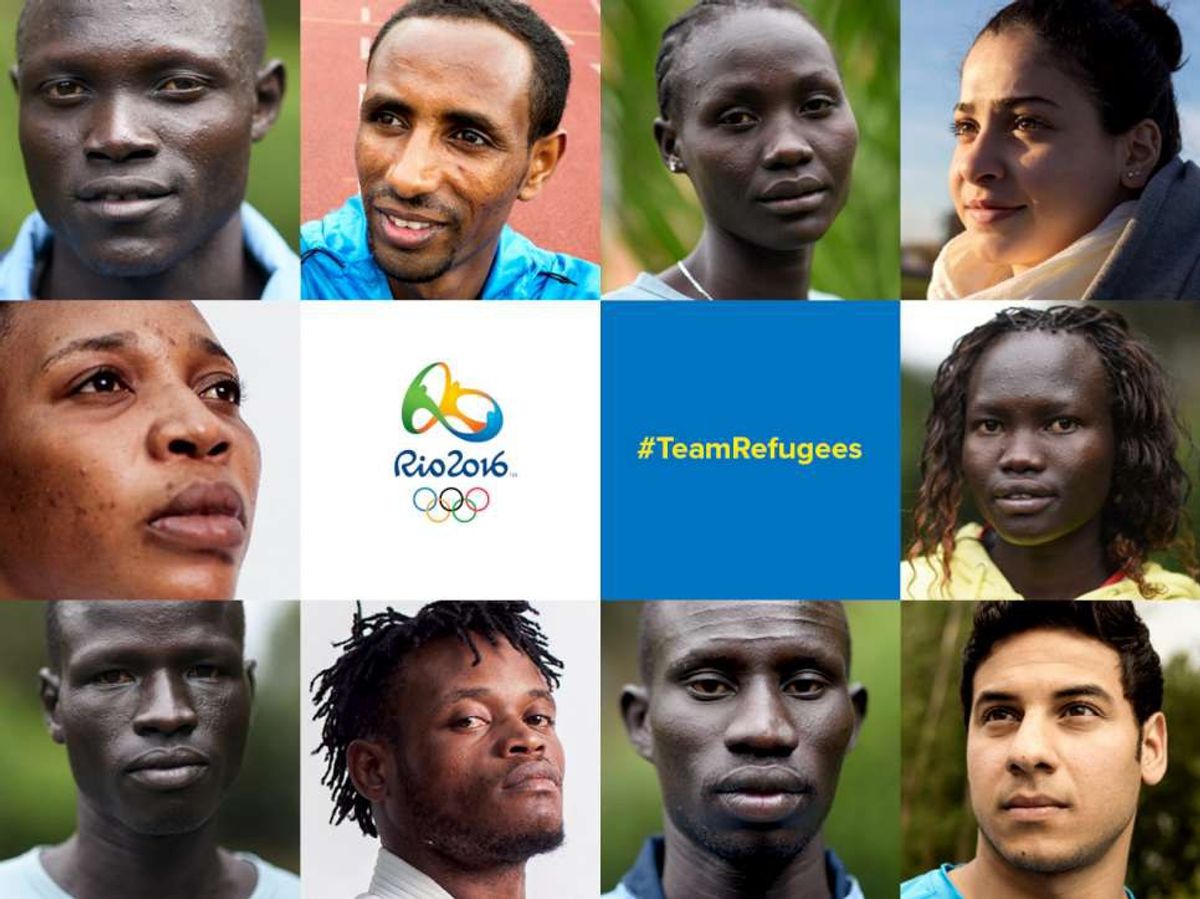 The Olympics are anticipated by millions of people every year: Numerous countries gather to compete athletically. The best of the best get to represent their great home. They get to fight for a medal to take back in celebration to their country. But what about those who don't have a nation to represent?

This year, for the first time in the history of the Olympics, there will be a Refugee Olympic team. The International Olympic Committee president announced the team of 10, he made clear the intention of the IOC, saying that the team would be "A symbol of hope to all the refugees in our world. It is also a signal to the international community that refugees are our fellow human beings and are an enrichment to society. These refugees have no home, no team, no flag, no national anthem. We will offer them a home in the Olympic Village together with all the athletes of the world."

The team is composed of five members from South Sudan, two from Syria, two from the Democratic Republic of Congo, and one member from Ethiopia. There will be six track and field athletes (the six members from South Sudan and Yonas Kinde from Ethiopia), two judo athletes (both from the Democratic Republic of Congo), and two competing in swim events (both from Syria). The team will walk into the opening ceremony under the Olympic flag, not as victims, but as champions. In Sports Illustrated's "The Longest Run" by S.L. Price, Anjelina Nadai Lohalith, one of the runners from South Sudan, touches on the experience of competing in the Olympics, and how though she was run from her home, she has become a light for refugees: "...Right now I feel proud. I'm proud to be a refugee. We are representing the millions of refugees all over the world... Wherever they are, at least they will now have some encouragement and know: We can do something. Wherever they are, they are human beings ."

This team of ten technically don't qualify for their Olympic events - all except marathon runner Yonas Kinde - since they neither have a nation to represent or the qualifying times. But for the athletes, and quite frankly, the viewers watching, this is no problem. These men and women have been through more than most imagined. For the runners from South Sudan, they truly can't imagine it; none of the athletes have ever even watched the Olympics, and runner Lokonyen stated to Sports Illustrated, "I don't even know what is Rio."

These refugees, athletes, and survivors, don't seem to have much in common with the nationally represented Olympians, but one thing is for sure: whether or not they leave the Olympics with medals, they will have impacted the world as true champions.

The Difference Between Swimming And Diving