Be fearless in the pursuit of what sets your soul on fire. 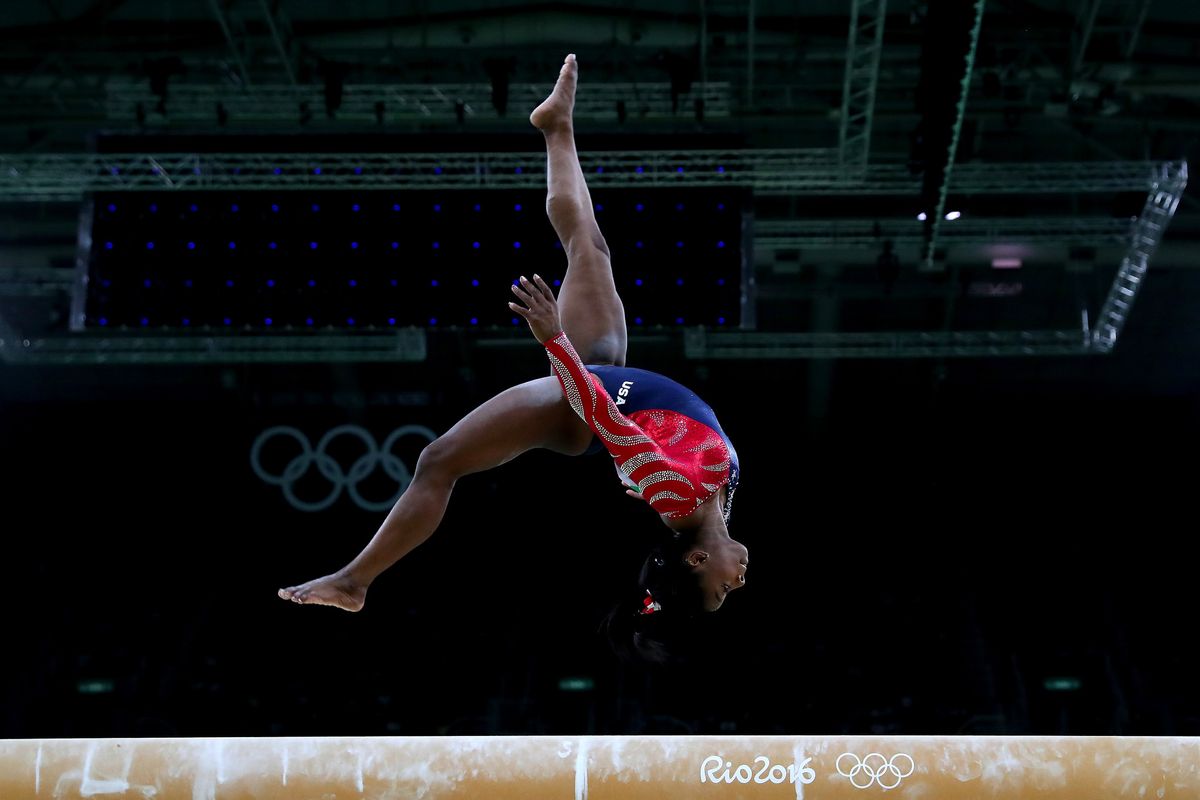 Every athlete has a story. Some came from nothing but poverty, while some faced extreme discrimination while on their rocky ride to the top of the sports world. Whether you're a track star, a swimmer, a gymnast, or a football player- this is for you- for all of the athletes who climbed from the bottom and rose to the top relentlessly with hard work, determination, and persistence.

Who made it out of their extreme poverty and difficult situations, and worked hard to put themselves in a better place. I congratulate you- for the countless hours of hard work and training, the intense practices where you gave your all for a greater purpose, and most of all, for never giving up despite all that you have been through.

They say that God gives his toughest battles to his strongest soldiers. Through your countless efforts and all the passion and heart that you put into your sport, you prove this true.

Firstly, of course, is the world-famous Olympic gymnast Simone Biles. All we see on the outside is Simone's enormous success and her journey to the top of the Olympian World. What we don't see is that she came from the bottom and she earned every single thing that she has received. That gold is all her. Born from a mother who struggled with substance abuse, Simone was adopted and raised by her grandparents. Simone's journey in gymnastics began by accident.

Her school field trip outdoors was canceled, so they chose an indoor one instead, which happened to be to a Gymnastics gym. Upon seeing her, the Gym wrote a note, sending home to her family that they wondered if they would consider letting her join the gym. Her first day of class, Simone successfully completed a round off back handspring. "Small but mighty," is what Simone declares herself, and that, at 4'9 and is the most decorated gymnast ever, declared the best gymnast ever, that she is.

Chinese-American and African-American, Stanford's freestyle swimmer Lia Neal debuted in the Olympics first in the London 2012 Summer Olympics. winning a bronze medal in the 4 by 100 meter freestyle relay event. Overcoming the stereotype that African-American girls don't swim, Lia became the first ever woman of African American descent to swim an Olympic final for the United States.

Another incredible woman takes home bronze. And rightfully deserved, too, overcoming the odds for Muslim-American women athletes. Ibtihaj earned a bronze medal for the USA in fencing, becoming the first ever female Muslim-American athlete to earn a medal at the Olympics. Not only did she accomplish this unbelievable feat, but another first that she obtained was being the First woman to compete at the Olympics in a hijab.

Kayla Harrison endured a rough upcoming in her sport of judo. At age 13, she became depressed and suicidal when she was sexually assaulted by her Judo Coach. However, she overcame this, going on to be the first American to win judo, at the Olympic 2012 Games. Today, she continues her career, being a gold medalist, an inspirational speaker, as well as an advocate and speaker against child sexual abuse

Oksana Chusovitina is a gymnast who's name and symbol will never go out of style. Oksana has been attending the Olympics as a gymnast as long as anyone can remember. And yet, she never fails to deliver. Defeating the stereotype that age matters in sports, Oksana is marked as the oldest gymnast to compete at the Olympics. At age 42, Oksana continues her gymnastics training.

Made famous by the critically-acclaimed movie The Blind Side, Michael Oher defeats the stereotype that you can't make something from anything. Michael Oher was one child of twelve, born to a substance-addicted mother. Blessedly, he was adopted by a family that supported him and raised him to follow his passion for football. Michael went on to win a Super Bowl in 2013 with the Baltimore Ravens.

Born in Compton, the odds were never really in favor of these two aspiring tennis icons, Venus and Serena Williams, until their family moved to a safer area, West Palm Beach.

They furthered their tennis careers, enrolling in tennis tournaments, where their talents earned the attention of several parents, though it was not all praise.

They encountered many parents who talked badly about them and their ethnicity. Both girls reached immense success, proving their haters wrong, and Venus defeated her stereotype by going on to become the first African American woman to become number one in tennis. Both girls set precedents for all athletes to come to breaking barriers and becoming the best despite any adversity.

Chris Paul, High School Senior, Varsity Point Guard and Senior Class President, beat the odds when he dedicated a basketball game entirely to his slain grandfather. Upon hearing the news of his grandfather's death, Chris Paul, high school basketball superstar attempted something drastic to honor his grandfather, his number one supporter all his life.

He decided that he was going to score 61 points in one game, one point for every year his grandfather lived. Less than 2 minutes in the game and Chris already accomplished an incredible feat- 51 points. A hard foul shot earned him his 61 full points, one for every year of his supportive grandfather's life.

Commonly known as the 'Soul-Surfer,' Bethany is an American surfer who survived a shark attack in 2003 that resulted in the removal of her left arm. Despite this shaking loss, Bethany continued on in her career despite much hesitancy from others. She proved victorious, nevertheless going on to win a national title in 2005, just 2 years after the loss of her arm.

Every athlete has to overcome some type of adversity. It can make you- or it can break you. For these athletes, they overcame obstacles left and rift, going to show that nothing can get in the way of true perseverance in a goal-oriented person. For some, their heroism was highlighted by their passion for others and their sport. For others, they beat all obstacles to continue doing what they love and to be victorious.

These amazing human beings go to show that everything that you want is on the other side of fear.

"Be fearless in the pursuit of what sets your soul on fire."