To the Friend Who Hurt Me Long Ago, I'm Finally Letting Go
Odyssey

To The 'Friend' Who Hurt Me Long Ago, I'm Finally Letting Go

After years of hurting, I'm finally learning to let go. 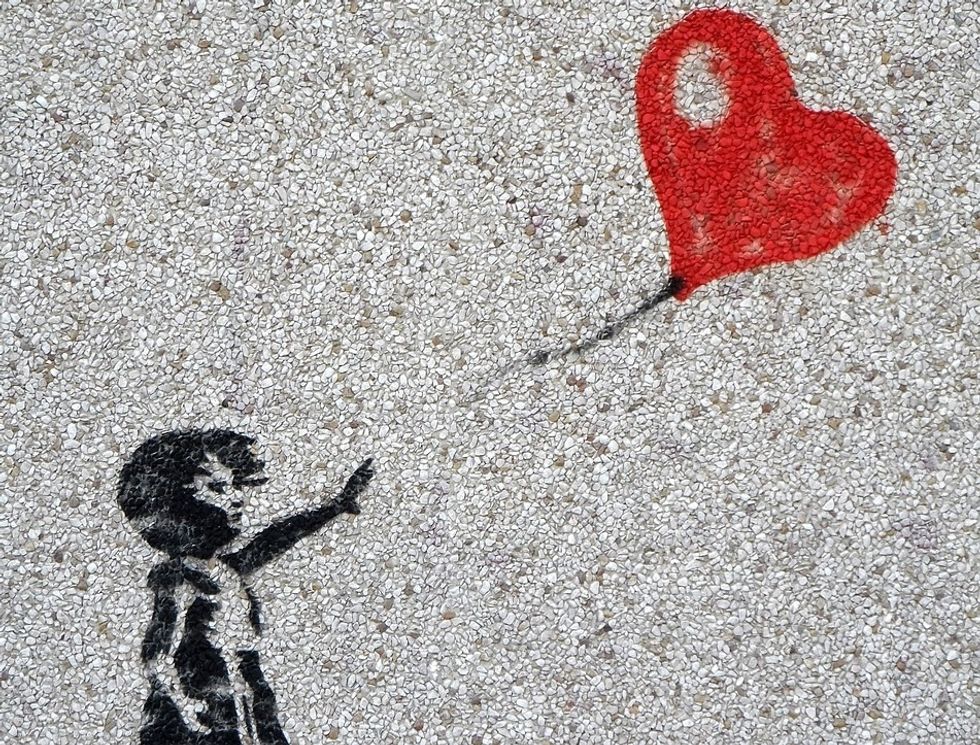 About 7 years ago, I walked into my ninth grade classroom expecting to sit next to my best friend. I had barely seen her over the summer, and I looked forward to that seating arrangement like it had been in eighth grade.

But when she came in, she walked past me like I wasn't there and chose seats with what I soon learned were her new friends. The girls she'd hung out with plenty over the summer while claiming to be "busy" or not home whenever I called.

It was like someone had popped this massive balloon inside my heart. All these years later and I still remember how that felt, and it still hurts from time to time.

I couldn't just move on. I had no other way of making friends, I was viewed as a weirdo and a loser at school, and I didn't really know how to make friends. Everyone was set in their cliques by then, and I was too late to the friend-making party by ninth grade.

For my last two years at that school, I was in one of the worst mental states I can remember. I was permanently in a depressed state; it felt like a gray cloud hung over my head all the time. Like I was wrapped up in a soft gray material that made everything around me seem fuzzy, separating me from the world around me. It didn't help when she and others would make fun of me, poking fun at my behaviors and if I got upset or annoyed by something. The memory of being made fun of by a former friend hurt more than the actual words.

It was like our friendship had never happened. All those good times and secrets shared together, just gone like they had never existed.

I felt like I'd never make friends ever again. After being treated in such a manner, it became hard to trust anyone I called a friend. Because who knew if or when they might suddenly decide they didn't want me as a friend, and do exactly what she had done?

I finally switched schools and got her out of my world. I was able to make new friends, who taught me how to trust again and showed me what good friends are supposed to be. I finally broke free of the depressive haze I was in and became a happier, fuller person.

But the memories of how you hurt me never left me. Seven years later, and they're still there. An emotional scar that I don't fully know how to confront.

I never found out why you stopped being friends with me. I never learned why you started treating me so negatively, why I went from being a friend to someone you could laugh at. Maybe learning those things would give me closure, but I don't know. Closure might not make up for the deeply embedded memory of being rejected by someone I was once so close with.

To me, the whole event had a massive impact on my life. It was a momentous thing that marks my life path. But to you, this was probably nothing. Who knows if you even remember any of it, especially how you treated me. To you, how you said the things you said probably didn't feel like you were making fun of me, but more like classmates jesting around. You probably didn't realize the greater impact of what you were saying.

I wish I could move on from this easily and just say "the past is in the past." But events like this, happenings that stand out in your memory and have that big a life impact, doesn't just become "the past." It becomes an emotional scar that stays forever, long after you've moved on.

One day I'll finally be able to think about all this and not still feel the hurt. On that day, you'll just be another of several emotional scars that I've finally moved past.

But for now, I'm still working. I'm still trying to face a hurt that I don't fully know how to accept, even all these years later. And this isn't totally on you; more recent bad experiences with friends hasn't exactly helped. But when I look back, what you did is where it all began.

I saw you a couple of months ago. We both looked very different from the last time we saw each other. I was working, and you were a customer.

You didn't recognize me. And honestly, I still can't decide if you not recognizing me and saying "hello" was a bad or good thing. There's certain pros and cons to both scenarios.

That moment brought back the old memories. It made me feel like I wasn't worth remembering. Like how you once treated me was something you either didn't even remember doing, or that you wanted to pretend had never happened.

Honestly, I don't need an apology. It might make me feel incrementally better, but at day's end, it happened long ago and an "I'm sorry" at this point would come off more like you trying to assuage any guilt.

So this is me letting go.

letting go
Report this Content
This article has not been reviewed by Odyssey HQ and solely reflects the ideas and opinions of the creator.