Four Ways To Pray For Peace Against Terrorists
Odyssey
CurrentlySwoonLifestyleHealth & WellnessStudent LifeContent InspirationEntertainmentPolitics and ActivismSportsAdulting
About usAdvertiseTermsPrivacyDMCAContact us
® 2023 ODYSSEY
Welcome back
Sign in to comment to your favorite stories, participate in your community and interact with your friends
or
LOG IN WITH FACEBOOK
No account? Create one
Start writing a post
Politics and Activism

Four Ways To Pray For Peace Against Terrorists 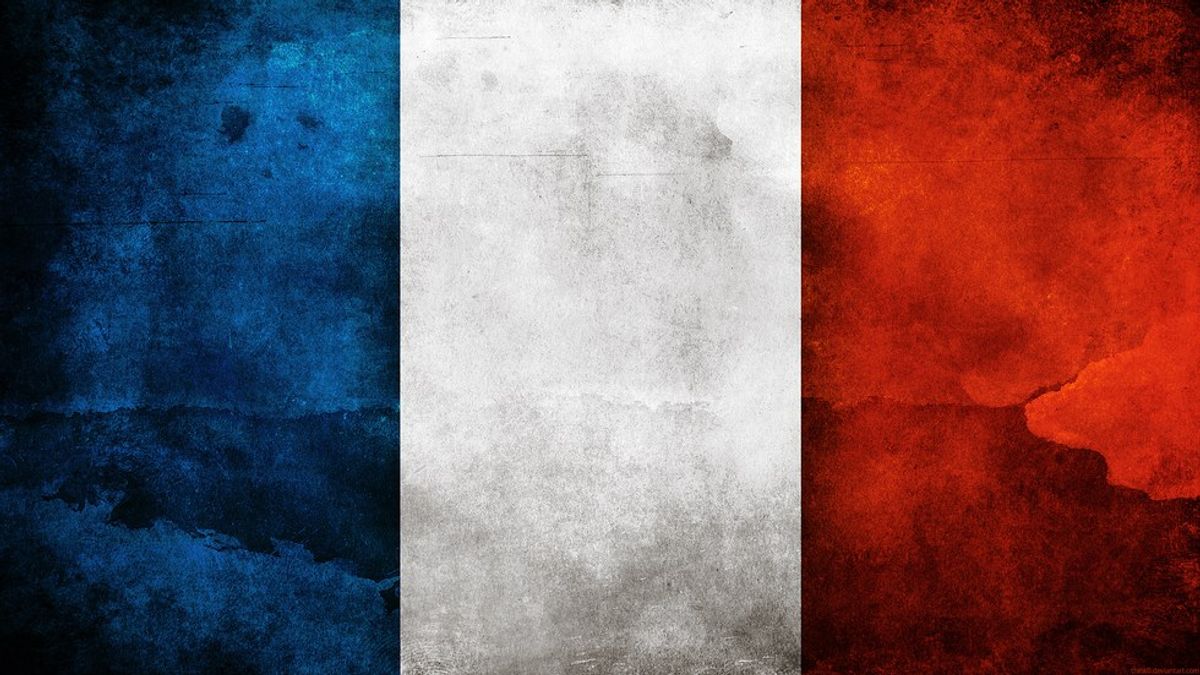 Over the November 13th weekend, over 70 million people took to social media to #Pray for Paris and other countries, such as Beirut, Japan, Mexico, and Iraq, who experienced terrorism and other horrible homeland experiences. On a very current and almost daily basis right now, we have been dealing with constant terrorism and the threat of terrorism around the world, in our very own backyard. Whether we call America or somewhere else our home country, there are places in this world that are suffering and hold loved ones of ours that we might never get to see again. Due to this mess, this awful and hurtful and horrible mess, we must take time out of our lives to pray for the persecution of the innocent, the hope for hurting hearts, the healing in those committing these hate crimes, and for peace in suffering nations.

How exactly can we as Christians pray for peace against terrorism? There are a few ways...

In the recent attack on Paris, many ISIS fighters claimed to be acting in the name of Allah, shouting the phrase "Allahu Akbar" when charging into town centers, concert theaters, and restaurants in Paris on Nov. 13 to murder the innocent lives of so many. Five times a day, Muslims bow down to Allah in prayer, an Islam tradition. They begin each prayer by entering into a divine peaceful place of worship, and by reciting the worlds "Allahu Akbar" out loud, translated into English as "God is the greatest." When doing so, they leave this world and enter into another world between themselves and Allah, and are able to pray to the Divine Spirit in peace and solitude. Unfortunately, the ISIS fighters used this phrase as their Muslim battle cry, shouting it from the rooftops as they took the lives of innocent victims and slaughtered those who did nothing wrong, claiming to do so in the name of Allah. The Muslims are not for this, and find this as a disgrace to their religion and their divine practices. It is very important to understand that Islam is a peaceful religion, and the misrepresentation of a small group of radical believers does not mean each Muslim is a terrorist and ready to kill innocent people in the name of their religion. Terrorism has no religion, no race, no ethnicity, and no means of discrimination. Terrorism is an act of violence, and it is important to remember that it is the act, not the people of kind.

Second, we need to remember that God calls us to be uncomfortable.

I'll admit, the idea of praying for ISIS and for terrorism in general is a really scary idea to me. It still scares me sometimes, and catches me off guard as I go through my daily prayers and give my praises and worries to God. It is very important for us to know that as followers of Christ, God calls on us to be uncomfortable. He calls on us to trust Him so completely that we are unafraid to put ourselves in situations where we will be in trouble if He doesn't come through. In any case, standing up and praying for terrorists could get us into some real harm as Christians without the eternal promise of love and protection from Christ.

While He calls us to love our enemies in the Gospel of Matthew, we must take His word as it is and put it to action even when it seems very uncomfortable, and put our trust in Him to carry us through these times, because He has never failed and will not start now.

Third, because the Bible and Jesus tells us so!

"But I tell you, love your enemies and pray for those who persecute you." The context around this verse (Matthew 5:44) is that Christ commands and advises to love those who do not love us and continue to love those even when they hurt us, for the sole reason that He himself did this for us when He died on the cross. As Jesus was persecuted, he prayed for His crucifiers by "Father, forgive them, for they know not what they do," as they killed Him in the most cruel and unusual way. Jesus has left us an example of this exact prayerful response to persecution on earth, and now we as His hands and feet are committed to be that same spirit and grace to those persecuting us.

And lastly, we can actually PRAY.

Something that I have done recently is I have adopted a terrorist to pray for each day. This website gives you all of the information to join me in praying for a terrorist, including biographies of each person, their information, and guidance in how to pray for these people. This site and cause vows to help you to overcome fear, be like Jesus, and defeat the spiritual enemy who uses religion to inspire acts of terror. Through this website and this mission, I have been able to pray privately, in accordance with Matthew 6:5-6, pray corporally, in accordance with Matthew 18:19, pray specifically, in accordance with John 14:13, and pray persistently, in accordance with Luke 18:1. Until that day of Jesus' return, we are called to love and pray for enemies while simultaneously bringing them to justice, and this challenge has been one that I have benefited from as a Christian and a believer in Christ's justice over all.

In memory of those lives lost in Paris and around the world this past weekend, please join me in thoughtful and intentional prayer for all citizens of the world.

QueenRadhi
The State University of New York at Stony Brook
31