(Or, How I Unsubscribed Half My Feed On Everything and Didn't Feel Guilty) 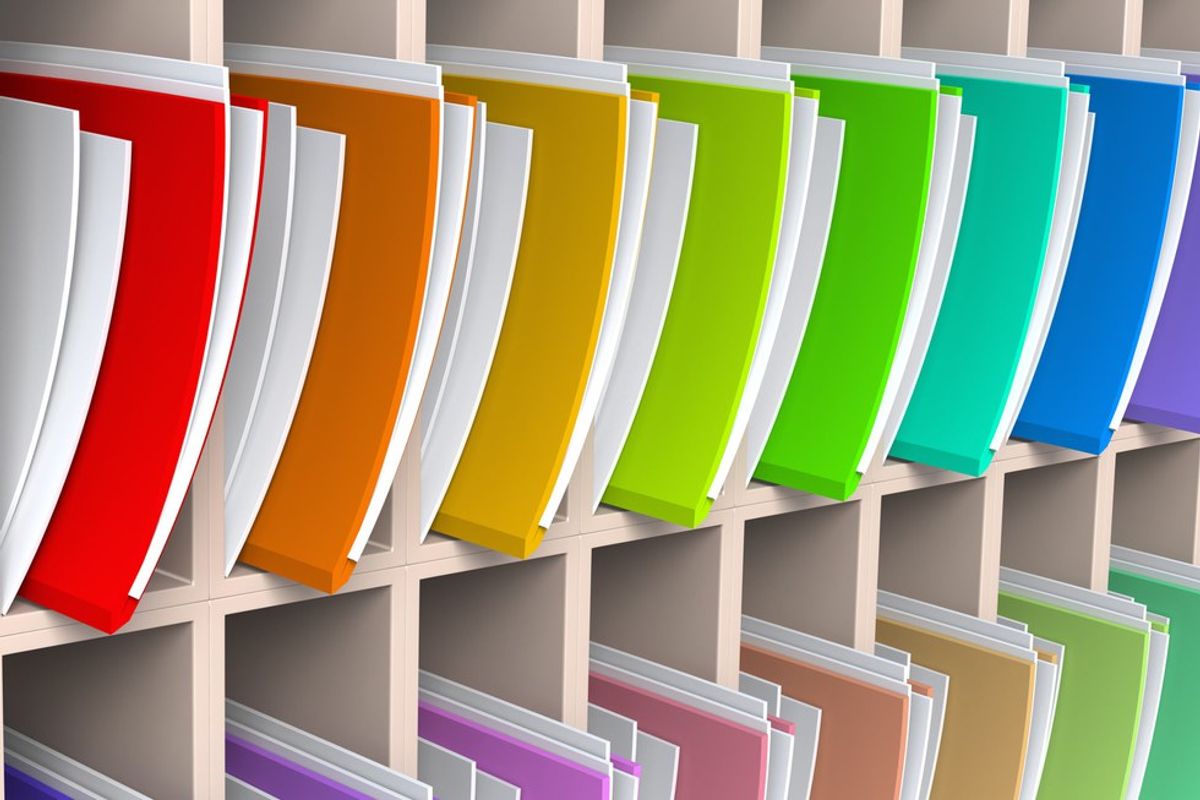 New Year's is the perfect time for getting organized. New calendars go on sale, people get their new twelve-month planners, and everyone has decided that they want to keep my room clean or get my grade up. Of course, it's hard to stay organized if you've got a lot of stuff cluttering up your area-stuff you don't use and won't intend to use, either. So this year, I set out to get myself organized. Or my online self, anyway. I mostly focused on my cybermesses clogging up my clouds. So far, I've found four things to declutter online:

Don't worry. I haven't unfollowed anyone I know personally. (On purpose, anyway.) But there are a lot of accounts I followed back in the day that I liked at the time but now are either inactive, spamming, or just not posting things that I find interesting or funny anymore. (Such as the dozens on meme accounts I followed that now just post things that say "Follow xyz account!")

So the other day, I went through my "following" list and did some cleaning. Any accounts that had the earlier-mentioned offenses got the boot. Of course, I'll probably be making up the difference in a few weeks. But for now, I'm just happy not to be egged to follow @transformationfeed or @funnytrumpmemes anymore.

I missed the days when getting an email meant something to me, so I decided that cleaning out my emails would be the first thing I needed to do when the new year hit. So within the past week, I've been going through my emails and unsubscribing from the ones I don't read. It was pretty easy at first, especially the ones that were solely for the purpose of selling me stuff, but eventually it got surprisingly hard. For example, I had trouble decided on whether I should unsubscribe from my Spanish word of the day emails. I rarely looked at them, but should I ust give up on my Spanish education like that? Evetually, I decided to get rid of anything I wasn't looking at-whether I thought they were valuable or not. After all, I can always resubscribe later. Plus, it was nice to finally have a neat inbox.

This one's a big deal, since everyone who's caught a glimpse of my drive has always been amazed (and a bit horrified) at how many folders are contained in my Drive. I didn't get a before picture (unfortunately), but let's just say that when I opened up my Drive, there was pretty much a wall of folders from the top of the screen to the bottom of the screen.

Now, it looks more like a normal person's drive when I open it, with only nine folders greeting you:

There are tons and tons of folders within those nine folders, so it's not like I've purged everything. I've still got a lot of crap from high school in my drive, for example. But at least it's a lot neater.

All the papers that I had gotten last semester was making a huge pile in my study area. It was making it hard to clean, too, because I would just move the pile to another spot and nothing would get any cleaner. I've been putting off cleaning my area all break, but eventually, it got to the point where I knew I had to just dive in.

So there you have it: the four things I've cleaned out since the new year began. Hopefully, this will lead to me having a happier, more organized life.