Former-President Barack Obama & All The Reasons Why He Failed Millenials 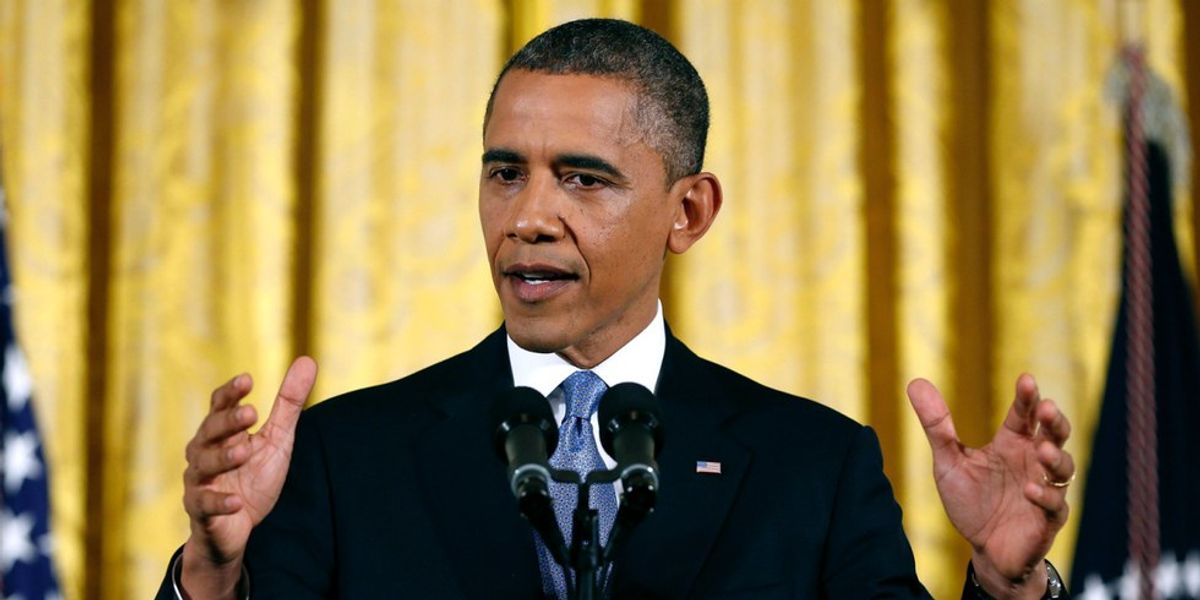 Let Me Explain To You The Reasons Why You Failed Us: The Millennials

As a 22-year-old male living on Long Island and going to college in New York City, being a conservative Trump supporter put me in a position as the underdog, which I don’t mind. Everywhere I went, and everywhere I still go, I am outnumbered. I am outnumbered in the sense that everyone seems to be ‘with her’. I have family members, friends, classmates, coworkers, and even professors, who have strongly disagreed with my political views, who have uninvited me to social events, who have insulted me in the classroom for supporting a particular candidate. Thanksgiving, Christmas, and even Halloween were all tension-ridden this year, and I blame YOU, Former-President Barack Obama.

Barack Obama promised us, the millennials, the world. That’s where the majority of his votes derived from in both elections, but more prominently in 2012 than in 2008. As this age of millennials grew older and wiser, or for some just older, the more they grew to love and praise Obama. How? Let me tell you why. He made false promises and masked his presidency with unrealistic ideas. He tried transforming our democracy into a socialistic society, and failed, miserably.

Obama preached “Free Healthcare!, Free College Tuition!, Free the Prisoners!, Feed the Hungry!, Shelter the Homeless!” The list of FREE goes on and on.

Obama didn’t create free healthcare, he created and implemented the (UN)Affordable Healthcare Act, which will soon be repealed. As for free college tuition, I’m not sure about anyone else, but four years of my undergraduate degree cost my parents and I, $185,000. He did successfully free some prisoners, though, 1,385 to be exact; 504 of which were serving life terms and at least one who was convicted of 22 counts of espionage against her own country -- I wish my friend who was arrested for a minor misdemeanor would be pardoned of his crimes!!! NOT. That’s not how our legal system works, fortunately.

Eight long years later, the hungry are still hungry and the homeless are still homeless. The only thing Barack Obama is responsible for is dividing this country in so many ways, it may be beyond repair.

The Democratic Party now swings so far left; they might as well call themselves socialists. Well, some of them do. Our very own Elizabeth Warren and Bernie Sanders are prime examples of the extremism Barack Obama has placed upon his own party. The Republican Party, some staunch conservatives, and some modern, progressive right wingers, are now at the forefront of our government controlling the House, the Senate, and the Oval; thank god!

But, I have to say the biggest disappointment of Former-President Obama‘s eight years in office came about in his last few months as President of the United States. On June 8, 2016, Barack Obama endorsed Democratic Presidential Nominee Hillary Clinton, and from that moment on, Obama not only campaigned extensively on her behalf but deemed her fit as the ONLY person to be the President of the United States. Unfortunately, on November 8, 2016, all of his tireless hard work and efforts to sway American voters did not pay off as Donald J. Trump won the election and is now OUR president. In my opinion, how dare you Barack, how dare you persuade and sway American voters. You were the leader of the free world, you were the most powerful person in society, and you put your presidential duties on hold to campaign for someone who ended up losing. Serves you right Barack, you overstepped your boundaries, undermined the American people, and took advantage of your power from every aspect; shame on you.

Here’s to at least four years of democracy, success, patriotism, and unity!

Emmaline B
The Narrative
75970
https://unsplash.com/photos/O0T1SIgHAfM