The Forgotten Nostalgia: Random Kids Stuff Becoming Dank Memes
Odyssey
CurrentlySwoonLifestyleHealth & WellnessStudent LifeContent InspirationEntertainmentPolitics and ActivismSportsAdulting
About usAdvertiseTermsPrivacyDMCAContact us
® 2023 ODYSSEY
Welcome back
Sign in to comment to your favorite stories, participate in your community and interact with your friends
or
LOG IN WITH FACEBOOK
No account? Create one
Start writing a post
Student Life 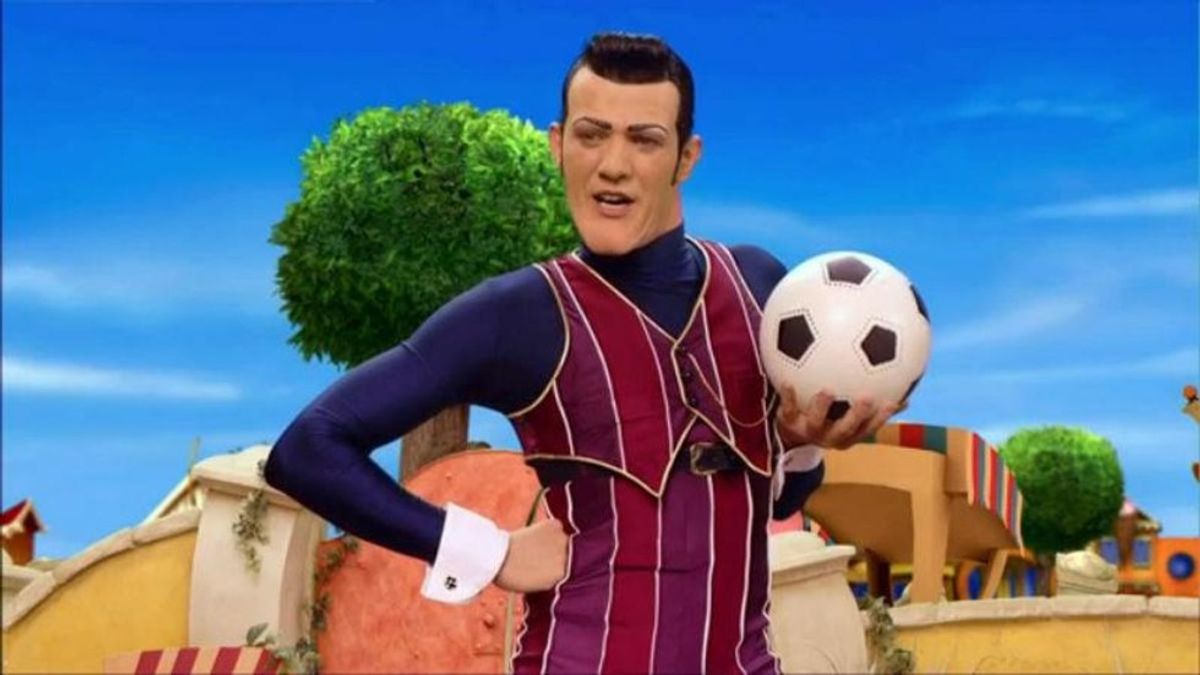 I think it's fair to say that this is the generation of nostalgia. For years Hollywood has remade, rebooted, and revived movies and shows that people had loved or remembered back as kids or young adults in the 80s, 90s, and 2000s. This decade so far had the cinema bring back Toy Story, Smurfs, Lord of the Rings, Jurassic Park, and Star Wars, and television brought back revivals of X-Files, Full House, 24, and Gilmore Girls, and it doesn't show any signs of stopping when looking at the upcoming remake of Beauty and the Beast and the long-awaited return of Twin Peaks coming soon.

In the case of meme culture, which has more or less infested the Internet with jokes relating to shows like Spongebob and Arthur, one of the most interesting memes that have occurred within the past few months has been the Internet taking movies and shows, most notably ones for kids, and altering and remixing the content in them, all of them falling under the category of "Word Replacement Remixes".

These remixes take a certain word that is commonly said in a video clip, and either replace or alter that word in some way, whether it be by changing the word with another word, a completely new scene, speeding it up, slowing it down, or changing the video as a whole. This isn't necessarily a new discovery on the Internet, as these types of remixes actually existed all the way back in the early days of Youtube, most notably with the opening cutscene of the notoriously awful video game Hotel Mario.

However, 2016 saw the meme dramatically rise in popularity, most notably with two pieces of kids media; the Icelandic television series Lazytown and the Dreamworks Animation film Bee Movie. The former, an educational series that promotes healthy eating and exercising was known for its musical numbers, and one of them was a number entitled "We Are Number One", performed by the villain of the show Robbie Rotten. Largely due to the actor playing Robbie Rotten, Stefán Karl Stefánsson, being diagnosed with pancreatic cancer, the meme essentially exploded on Youtube and there are currently thousands of different remixes of this song. Many of these remixes also linked to Stefán's GoFundMe page to help pay off his expensive surgery, with over $110K donated as of this writing. The latter, an animated comedy starring Jerry Seinfeld wasn't necessarily turned into a massive meme for charity, but more because of how strange the movie was. The script for the movie consists of Jerry Seinfeld as a bee suing the human race for "stealing" their honey, as well as the main character kinda sorta falling in love with a human, while the human kinda sorta falls in love with the bee...yeah, even as a kid I didn't really get this movie. Regardless, both the trailer and the film were given these types of remixes, with two of the more famous videos titled as "The entire bee movie but every time they say bee it gets faster" and "The Bee Movie But Without Bees".

What makes both of them so interesting is that both of them weren't necessarily pop culture behemoths before. Many people knew of their existence but compared to other kids shows like SpongeBob SquarePants or other animated films like Toy Story, they were about as irrelevant to today as something could get. But through the Internet's love for nostalgia, even the memories of the past that had nowhere near the same amount of potency as the household name can still make a big impact on people and can return in ways that would never be done by the corporate conglomerates of today, and thus making a greater impact not just in the dank meme culture, but in the lives of people most have never even heard of. By this point, anyone who has any knowledge on Internet trends has now rediscovered potential favorites that while may not be considered masterpieces, but still have plenty of creativity and uniqueness to them that's pretty dank if you ask me.