My journey to screaming at the T.V. with everyone else 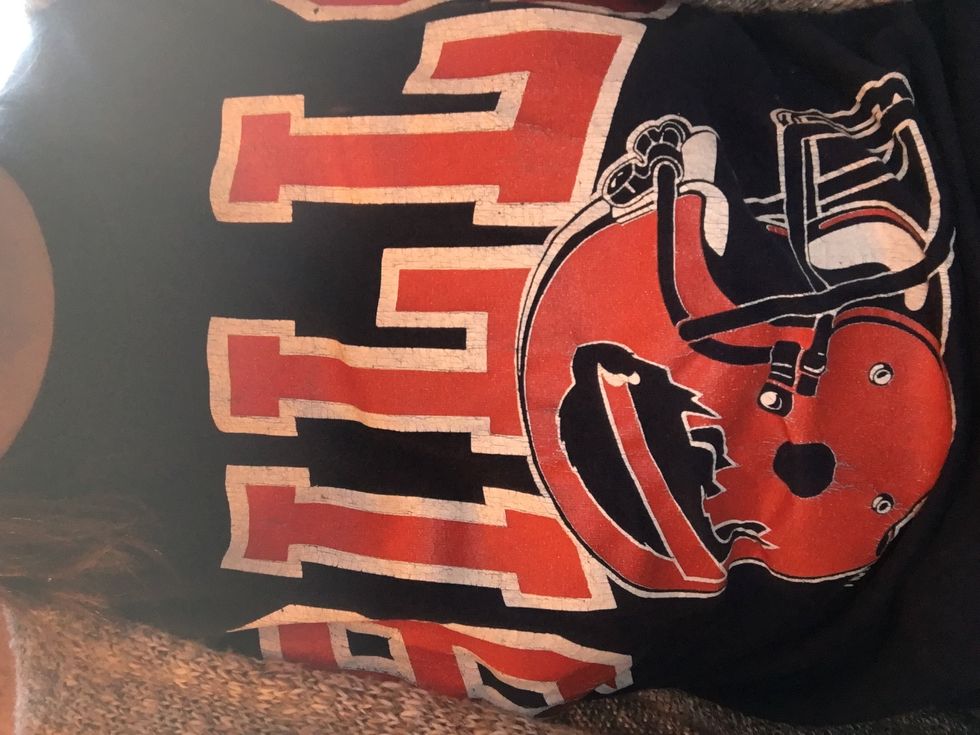 I have gone through stages of whether or not I was a "sports girl." From choosing to stay home to watch soapy Netflix series to driving to Buffalo Wild Wings to watch the game with a hundred other screaming fans, I have definitely seen both ends of the spectrum. More often than not, this change in interest depended heavily on who I was hanging around, and subsequently, who I had decided I was at that time. Over time, I realized that my interest in watching sports had little to do with my own opinion and way more to do with the opinion of those I was close to. I was allowing myself to be molded by those who didn't even notice the wet clay on their hands.

Until this season. This season, I decided to make it my own. And oh boy -- yesterday? Yesterday was the moment I realized why football has been the central focus of culture and society since I was a child.

Yesterday, the Bills played a crazy wild card game -- a game I watched with bated breath and an almost-alarmingly intense feeling of nausea. While my family never aligned with what I considered to be the "normal" Southern, suburban family, we can claim the Bills as our team.

(If you are currently knotting your eyebrows in confusing: my dad is from Buffalo.)

Anyway, so we are at this little bar with about 15 other Bills fans and OH MY GOODNESS. Every part of football fandom that I had watched from afar was happening in front of me; baseball caps were turned backwards for good luck, Bills adorned every person's chest -- my hands, covered in wing sauce and ranch, were thrown up in the air like the ref could see me through the T.V and it was amazing.

There was no acting for a man, there was no pretending to be anything I wasn't in order to seem cool -- I was in there cheering on my team with no concern for anyone except those cheering around me and the man who kept bringing the wings.

And while we did lose in OT, I got to experience every anxiety-inducing, eardrum-blowing moment of that game. I felt like the fate of this team depended solely on how hard I supported, that maybe, just maybe, I could change the outcome if I screamed at Josh Allen loud enough. I watched my dad jump out of his chair and our friends yell in triumph, watched as every person inched impatiently towards the T.V as we entered the last few minutes. I got to feel every exhilarating moment of it.

It was the exhilaration, the comradery, the devotion -- that was the part of sports I had been missing in every phase.

So, while I cannot claim to be an expert or a lifelong fan, I can say that this love is all mine.