The Facts Surrounding Donald Trump
Odyssey
CurrentlySwoonLifestyleHealth & WellnessStudent LifeContent InspirationEntertainmentPolitics and ActivismSportsAdulting
About usAdvertiseTermsPrivacyDMCAContact us
® 2023 ODYSSEY
Welcome back
Sign in to comment to your favorite stories, participate in your community and interact with your friends
or
LOG IN WITH FACEBOOK
No account? Create one
Start writing a post
Politics and Activism

Is he as bad as we think? 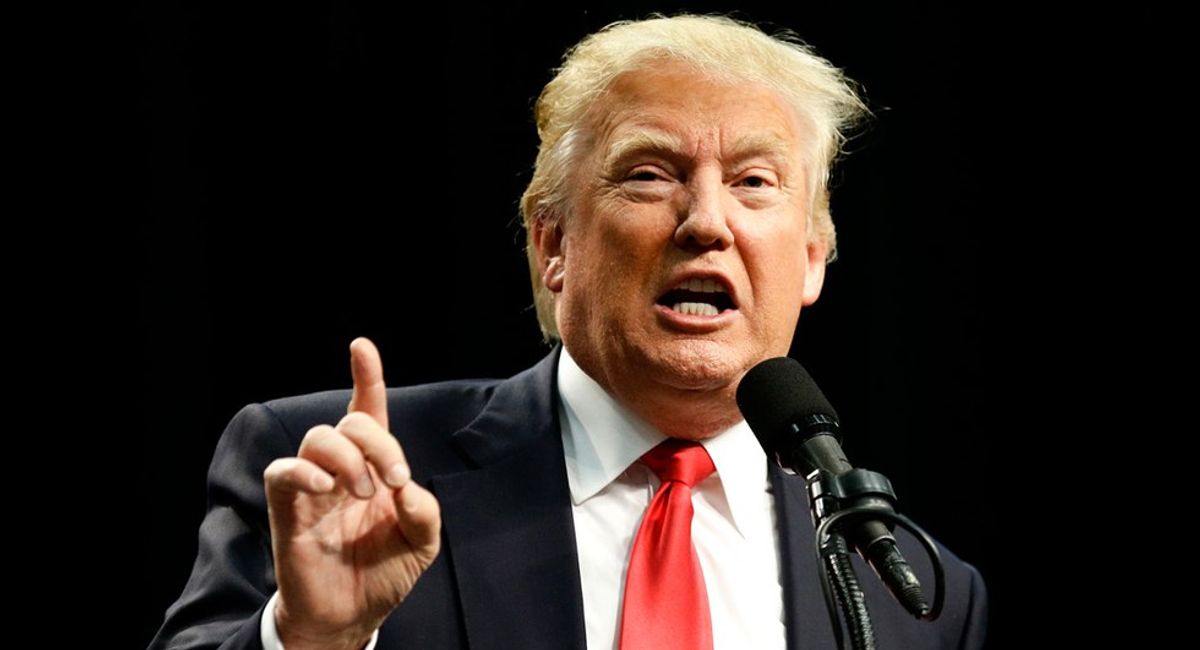 Warning: The truth about Donald Trump Will be spoken. It may seem cruel or harsh, but it is the truth. The truth hurts, at least when it comes to politics in 2016.

We have all heard bits and pieces of his speeches and what he thinks, but do you really know what Donald Trump stands for and believes? Well, I went to: https://www.donaldjtrump.com/ (Trump's official website) and one of the first things I found was a six step description of how Mexico will "Pay For The Wall.' Very detailed but I do not think it is going to happen. Then I wandered upon his healthcare reform. Trump plans to completely repeal the affordable care act(Obama Care). Trump says he wants to "reduce the number of individuals needing access to programs like Medicaid and Children’s Health Insurance Program we will need to install programs that grow the economy and bring capital and jobs back to America." Well that is a great idea while the rich get richer and the poor get poorer you can take away children's healthcare assistance. He has many plans of what to take away and how to do it but few plans of what he will give America (other than his wall), how he will fix the economy, or how he will reduce the number of people needing government assistance. This will not Make America great again! Trumps thoughts on immigration reform, well there's that wall again, " A nation without borders is not a nation. There must be a wall across the southern border.".Pretty much every idea of his goes back to building a wall or "making America great again". No plan I found on this website will lead America anywear near greatness. So was this what I expected to find after what the media has told us... sadly yes this is exactly what I saw coming and America I am so disappointed you let this man go this far. Trump is a racist, arrogant, pompous man whom we can not allow to run This country(unless into the ground). America Please make an educated decision before you vote we can not let Donald Trump be our Future President(or Dictator). Everyone 18 and older, go out and vote please!

Nicole Marie Nigro
Individual Creator
8259
c1.staticflickr.com
Where to start...... Let me start with the cliche that life throws us curveballs and what we do with it is what counts.