It's time to break the stereotypes and make more changes 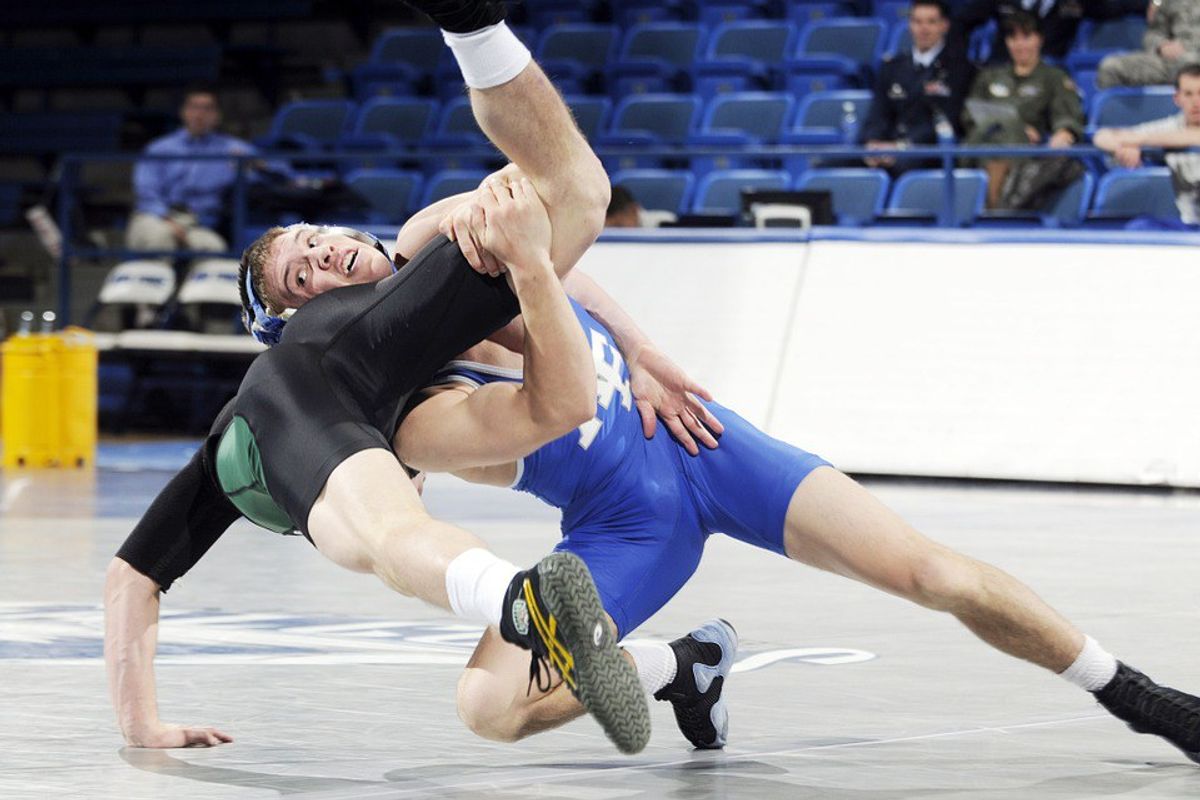 If I say “bulimia” what is the image that comes to mind? Let me guess. A middle school or high school age white girl with blonde hair who is incredibly thin. But where did you get this image? Personally, I got this image from my middle school health book. But what I never remember our teacher saying males get this eating disorder almost as much as women. As I’ve grown up and experienced the world, I have heard horror stories about boys who put large strains on their body. And all of these boys have one thing in common: wrestling.

Imagine going for a morning run, but before you leave you have to be prepared. You grab one trash bag, cut holes for your arms and head and put it on. Next, goes a t-shirt. Then another trash bag. Then a hoodie. Then another trash bag. When I first heard about this practice, my first thought was “this is insane”. But to many high school and college wrestlers, this is completely normal.

Dangerous weight loss mainly revolves around weight classes. Weight classes are categories of competitors matched by weight and were established to ensure fairness. If wrestlers are at the bottom of the weight class, therefore supposed to wrestle people larger than themselves, they will be encouraged to lose weight in order to change weight classes and increase the chance for a win. This is where the dangers begin.

Wrestlers use saunas and trash bags in order to lose water weight, but they also change their diet drastically. Not only will some wrestlers not eat for several days, or only consume minimal amounts of food, but they are also expected to maintain a strict exercise schedule. First, the athletes will become dehydrated from sweating to lose water weight and not replenishing fluids. Even if they were to attempt to replenish these fluids before a match, it takes between 24 and 48 hours to fully replace body fluids. Then the athletes will also have a lower amount of muscle glycogen, which takes up to 72 hours to replace. This leads to an endless cycle all season of wrestlers losing valuable fluids and lean muscle which will not be replenished until the season ends.

In 1998, three collegiate wrestlers actually died while attempting to lose weight, which just shows the dangers of this weight loss system and the eating disorders that come with it. After these men died, the NCAA quickly changed several rules in regards to wrestling, then conducted a study several years later to gauge their success. They added six pounds to every weight class, had weighing closer to the competition, required a minimum weight based on body fat composition at the beginning of the season, and gave wrestlers 3 months to meet competitive weight.

These changes made by the NCAA have made a small, but significant impact on the sport of wrestling. More coaches are being educated in the science of eating disorders and how to spot them. More athletes are realizing that a healthy body far outweighs winning a match. More people of the general public are becoming aware of the dangers surrounding eating disorders and the people who the disease plagues. As a society, we must be prepared to break our stereotypes, such as mine about the skinny, bulimic white girl, in order to be aware of how we can help athletes of the future compete in a safer and more educated world.