What Makes A Great Drum Major, Part 3: Leading By Example 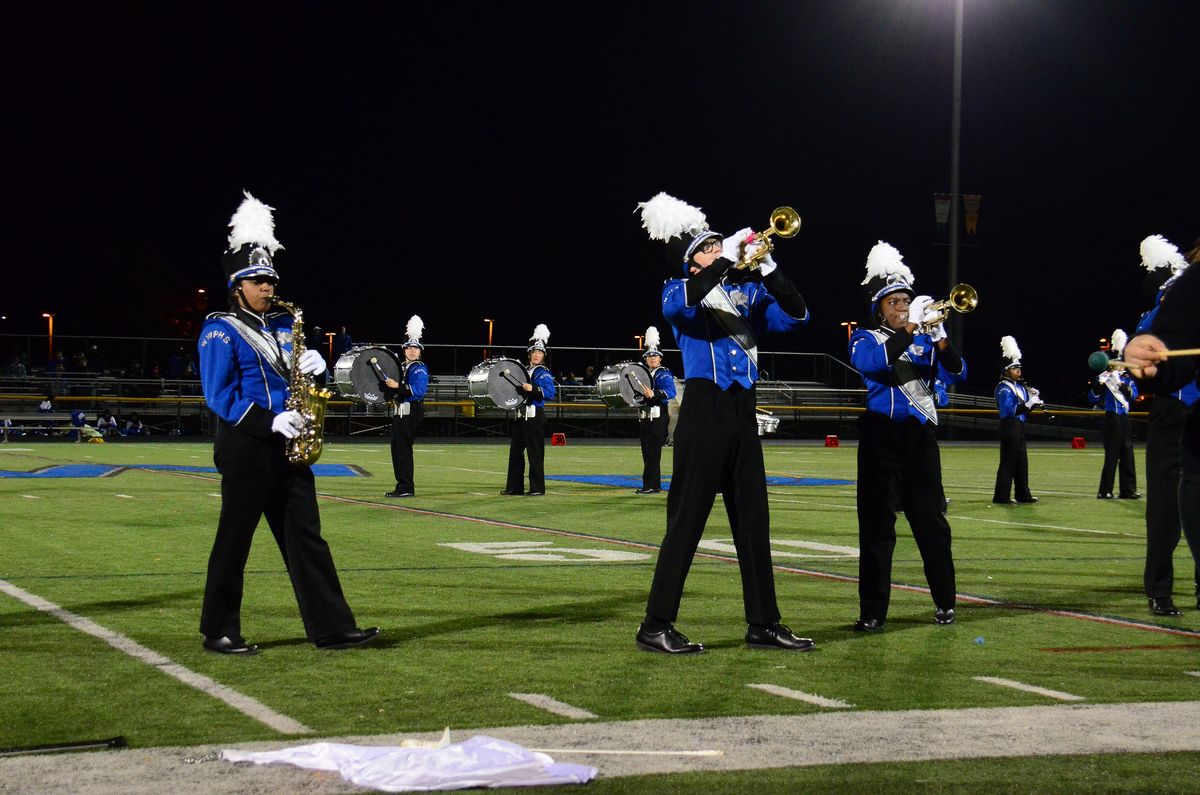 Drum majors: they conduct marching bands during performances, but their most important job is to be student leaders and role models for the rest of the band. How can drum majors lead the band when they themselves are students? In this three-part series, I’ll be explaining three crucial attributes of any successful high school drum major, based on my experience as a marching band member and drum major. Part 1 covered how drum majors can effectively communicate with the band, while Part 2 explained several problem-solving situations and techniques drum majors may need. In this final part, let’s explore the common phrase “lead by example” and how that applies to drum majors.

What does it mean to “lead by example”? Obviously, it has to do with being a good example. The real benefit of leaders who lead by example is that other, less disciplined members of the band are more inclined to work hard if everyone around them is also working hard. This concept is important for section leaders, who march and play right beside less motivated members and can inspire them to put in more effort; however, in any normal high school band, you’re bound to see imperfect section leaders who don’t always have the best, most disciplined rehearsal etiquette or playing technique.

That’s why it’s especially important that drum majors show other leaders that they are disciplined, prepared, and focused, so that section leaders, as well as the rest of the band, will follow and pick up at least some of those qualities during rehearsal. Here are three specific things drum majors should make sure they do to lead by example effectively.

Make sure you and your fellow drum majors know your music early! If you’re not sure which set corresponds to which part in the music, not only will you be useless in helping your band, but your band will also see that it’s acceptable not to know your music and drill. If you’re confident in your preparation, try listening to the band play and figuring out who plays where. It may come in handy sometime during rehearsal.

Talking and rehearsal etiquette are probably the most universal problems among bands; it’s impossible to progress when no one is listening or paying attention. If the band sees leaders who disrespect others by talking at the wrong times, they’ll never respect anyone who tries to tell them to focus. A common theme among all of these scenarios is that drum majors have to be exceptional examples so that the band can at least emulate some of that excellence. Disciplined, focused drum majors won’t solve any band’s talking issues, but it’ll go a long way towards a more productive band.

One reason being drum major is so exhausting is that you always have to be on; there’s always something a drum major can be doing. During breaks, you can be answering people’s questions, discussing a marching technique with an underclassman, or preparing for the next segment of rehearsal, things that you didn’t have time for during a rehearsal.

Breaks are great because you can focus on fixing small mistakes without taking up the entire band’s time, and you have much greater freedom to adjust something. It’s obviously the director’s job to run the rehearsal and fix big mistakes, but drum majors are important when it comes to polishing individual errors because they are closer in proximity to the band, and breaks provide a great time to be productive and fix them.

In the same vein, always hustle. It’s very easy for band members to lose interest and give in to tiredness or frustration, and lose motivation to rehearse energetically. Seeing drum majors who are always giving all of their effort and energy can help inspire band members to work hard themselves, which will greatly improve rehearsal productivity and morale.

If you're going to be a drum major for the first time this year, remember that none of us ever knew what we were doing when we began. No one really told us what to do, and although we got a little guidance from staff and past drum majors, we all had to pretend like we knew what we were doing while we fumbled around. The first month will be rough; you'll mess up, be unprepared, or overstep your boundaries.

Just remember that giving up or being indecisive because you're confused about what to do won't help the band in any way. The more you act like you know what you're doing, the more the band will begin to put their trust in you, helping your band become productive and successful!

Caitlin Marie Grimes
University of South Florida
9563
Beyond The States