Every writer’s heartbreak and every student’s worst nightmare 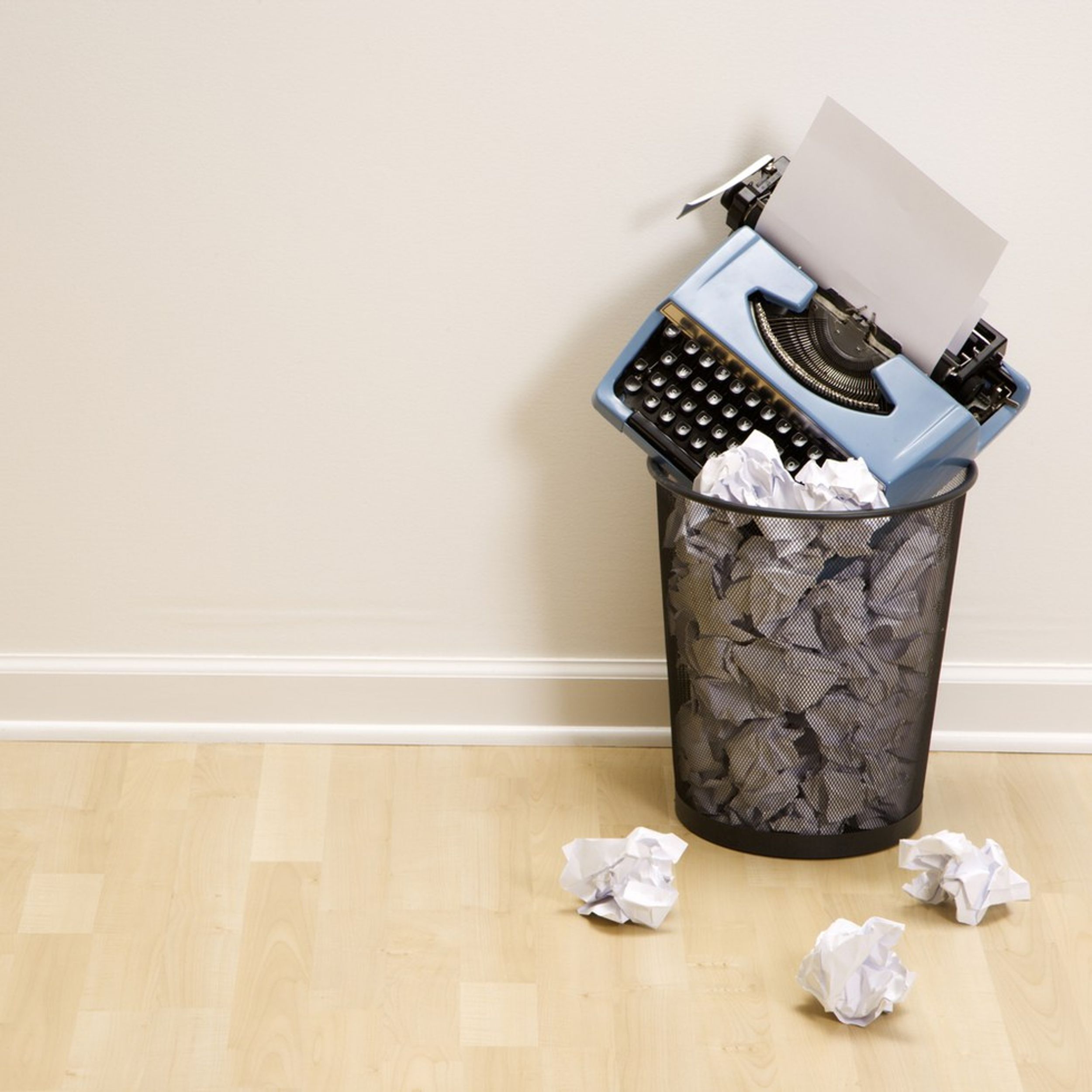 If you’ve ever had to write a paper, a speech, or an article, then you’ve had these moments when your brain won’t wake up and connect to your hands. The work in progress usually resembles a list of random letters resembling this: “Dhfjbhsdkfnjksdmnfkahsjdilfhksss!” You begin to consider alternatives, such as playing your “dog ate my homework” card or faking your own death. Anything to get out of the assignment.

Alas, you have two options. First, to cry a little before squeezing out every word that your uncooperative brain can muster, resulting in an overdose of caffeine and two hours of sleep. Or to take the walk of shame that is turning in your one-line assignment adorned with the three simple words, “I can’t even.”

...Trying to suck a strawberry up through a straw.

It’s like eating a watermelon with chopsticks made of spaghetti noodles.

It’s like trying to consume a chocolate bar that melts instantly when you pick it up.

Writer’s block is like walking through a crowded hallway with everybody walking against you.

It’s like going into a room and forgetting what you’re there for.

It’s like walking across carpet and shocking yourself on a door handle.

Writers block is like getting your car stuck in three feet of snow.

It’s like turning into the last open parking spot, even though there are only four inches of room on either side.

It’s like merging across several lanes of heavy traffic to make your exit.

Writer’s block is like scrambling to finish an assignment when your computer is at 5 percent.

It’s like printing an important document with very low ink.

It’s like lagging on Call of Duty and getting shot by the noob.

Writer’s block is like trying to sleep on Christmas Eve.

It’s like looking for Easter eggs, then being told by your parents that they stopped hiding them for you because you’re a grown ass adult.

It’s like accidentally missing out on the New Year’s countdown because you took a snooze on the couch.

Writer’s block is like threading a needle...blindfolded...with wasps buzzing in your ears.

It’s like counting grains of sand on the beach during a rainstorm.

It’s like folding up a piece of paper in half more than eight times.

Writer’s block is like wiggling out of skinny jeans...that are wet from your clumsy self falling in the lake.

It’s like getting a stocking bunched up in your snow boots.

It’s like dealing with the heel blisters after a whole day of dress shoes and no band-aids.

Writer’s block is like, the most annoying thing ever, and something I wouldn’t wish on my worst enemies.
Report this Content
This article has not been reviewed by Odyssey HQ and solely reflects the ideas and opinions of the creator.