You'd think it wouldn't have to be said anymore, but it does. 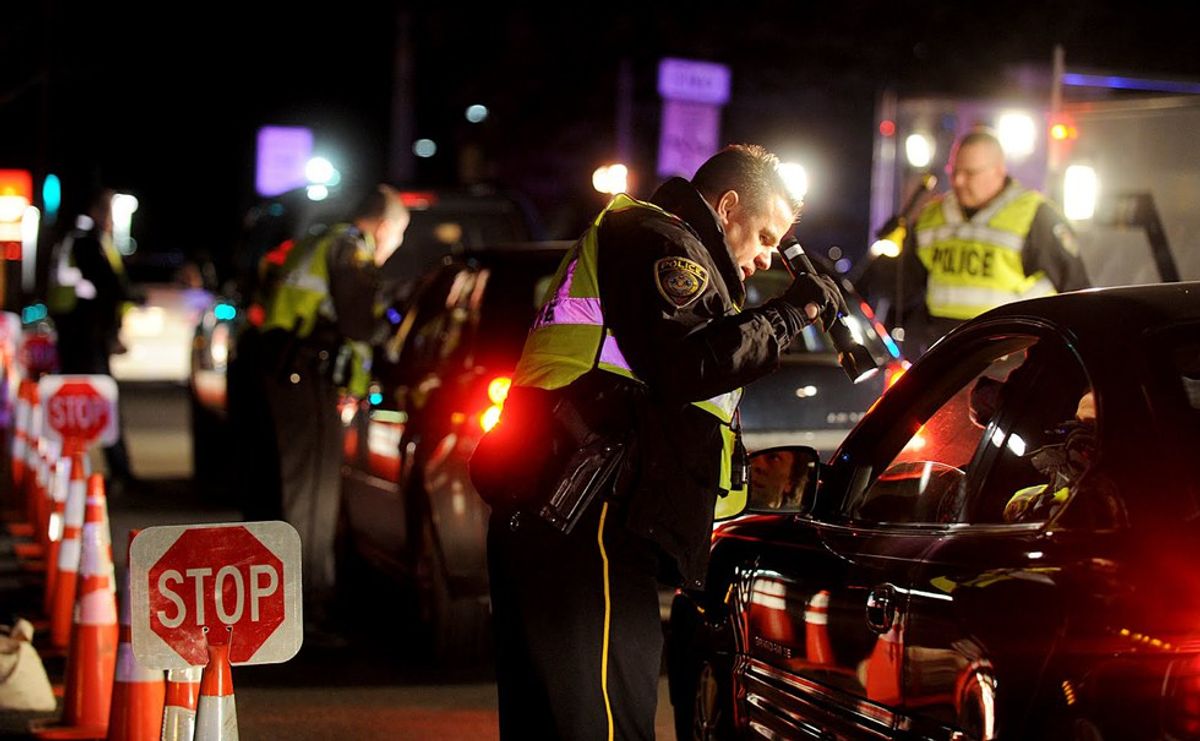 People will read this headline and immediately some of you will say “she did not need to use that language,” or “you can get the same point across in other ways.” Well you’re right, you can. But words mean something and powerful words tend to strike you with more force, and hopefully make you stop and listen.

Isn’t it enough to keep telling people not to do it? Clearly not, since it sure as hell keeps happening.

People don’t seem to care. Repeatedly people will tell you “I’ve done it before,” or “it’s my life, not yours” or my personal favorite: “you’re not my mom.” And you’re correct, I am not your mom. But you have a mom. Passengers you are driving have a mom. And any other people on the road that night also happen to have moms.

So… when you selfishly defend what you’re doing with something as intellectually deafening as one of those statements, stop and think. It’s not about you. Frankly, if you want to make a stupid decision, there are plenty of other ways to do it that will certainly effect lot less people.

And sure, it’s “harder” to make smart decisions when you’re drinking or disinhibited otherwise. But if you are going to knowingly chose to put yourself into that position, have a plan for afterwards. Planning ahead, most of the time, allows you to follow through with your original plan. Spend the night at the place you’re going to, get an uber, call a friend, it really doesn’t matter what it is, but don’t drive! And certainly don’t let your friends drive. (Gold star if you stop someone you don’t know. It never hurt to say something and at least try, it’ll likely hurt more if you say nothing at all.)

This issue continually blows my mind because in high school I knew this was a problem. And yet I come to college and it makes high school look like nothing. Of course partying and alcohol is a lot more accessible in college. And if that is something you want to participate in, then okay, by all means you do you. You are an adult and you have made that choice and you have the right to make those decisions. But when I actively hear people say “I’m fine to drive” after several people have told them they’re not okay and attempt to take their keys, that is maddening.

No one is trying to tell you what to do. Frankly, I don’t want to have to tell you what to do because it’s not my job half the time I don’t even know you. But when you actively make a decision that can easily cause harm to yourself and others, you’re crossing a line. Not only is your reaction time much slower when you’re intoxicated, but in college people are often times making the choice to walk place to place to avoid drinking and driving. If you are impaired and there are groups of people walking along the road in the dark, try some simple math. It’s not looking good.

It shouldn’t take you getting a DUI or your friend getting one or having someone you know die or get seriously injured for you to take this seriously. It shouldn’t even be something that has to be said anymore, but it does!

My senior year of high school I had the opportunity to participate in a drunk driving car-crash demonstration. Now, no one was actually injured in the process and it was all completely acting. But from participating in it, I’ll let you know it was made to be extremely life like. The demonstration used two cars with high school students; one a car that was coming back from a party and another coming home from the movies. I remember laying on top of the car with my eyes closed, in the rain thinking about how hard it was going to be to get this fake blood out of my hair. Meanwhile trying to block out the very lifelike screams coming from the other car in which one of my friends had “broken their arm.”

I’ll be honest, the demonstration itself had less of an effect on me. After all, even though I could hear everything, I was still “dead” so I couldn’t see any of the live action going on. What really affected me was the discussion afterwards. I can pinpoint for you the exact moment I realized how lifelike this moment could be.

The police officer in charge was painting a picture about what had happened in this ‘accident.’ He described what would happen in real life to one of my other close friends, ‘the drunk driver.’ He went on about how he would likely go to prison, and his parents would be paying close to all of the money they ever made to the victims of the crash.He then turned the clock. He explained that most people often focus on what happens to the driver, but almost no one thinks about what the cops have to say to the parents of the victims.

He went on explaining it in real time saying that when you knock on the door of the victim, it’s almost always the mother who answers. After all, the mothers are the “worried ones” and this usually happens late at night. The cop went on to say in this circumstance that they will try to come inside and sit your parents down to tell them, but most of the time the parents don’t want that, they want to know what’s going on right that instance. And in real time the cop knocked on the podium and said “Are you Veronica and Steve Dinkins (my parent’s real life names)?” And when they answered yes, he would have to explain to them that I had in fact been killed that night.

I’ll put out in the open, usually, I am not an emotional person. And yet, soon I would become very emotional.

All of us actors were sitting in the front chairs facing the rest of our senior class. The girl next to me pointed out to me at this time that one of my best friends in the audience was crying. And when I looked up and made eye contact with her, I immediately couldn’t hold it in. It hit me all at once and suddenly. See at some point, it all gets too real. Because the truth is, it is fucking real. Put yourself in the real situation where a cop is going to have to go to your parent’s door or your best friend’s door and tell them that their teenage child is dead. Put yourself in the position where a cop is going to have to tell that to a stranger’s parents because you are the one responsible.

It changes your perspective a little but doesn’t it?

And if all of that still isn’t enough for you, there’s always the good old statistics that no one really thinks will be them or someone they know, until it is.

According to the National Highway Traffic Safety Administration…

1. 2 out of 3 people will be involved in a drunk driving crash in their lifetime.

2. 27 people in America die as a result of drunk driving crashes, per a day.

According to the Federal Bureau of Investigation…

2. About 1/3 of all drivers arrested or convicted of drunk driving are repeat offenders.

Don't be a statistic! Drive Safe.