It is unacceptable, unprofessional, and immature. 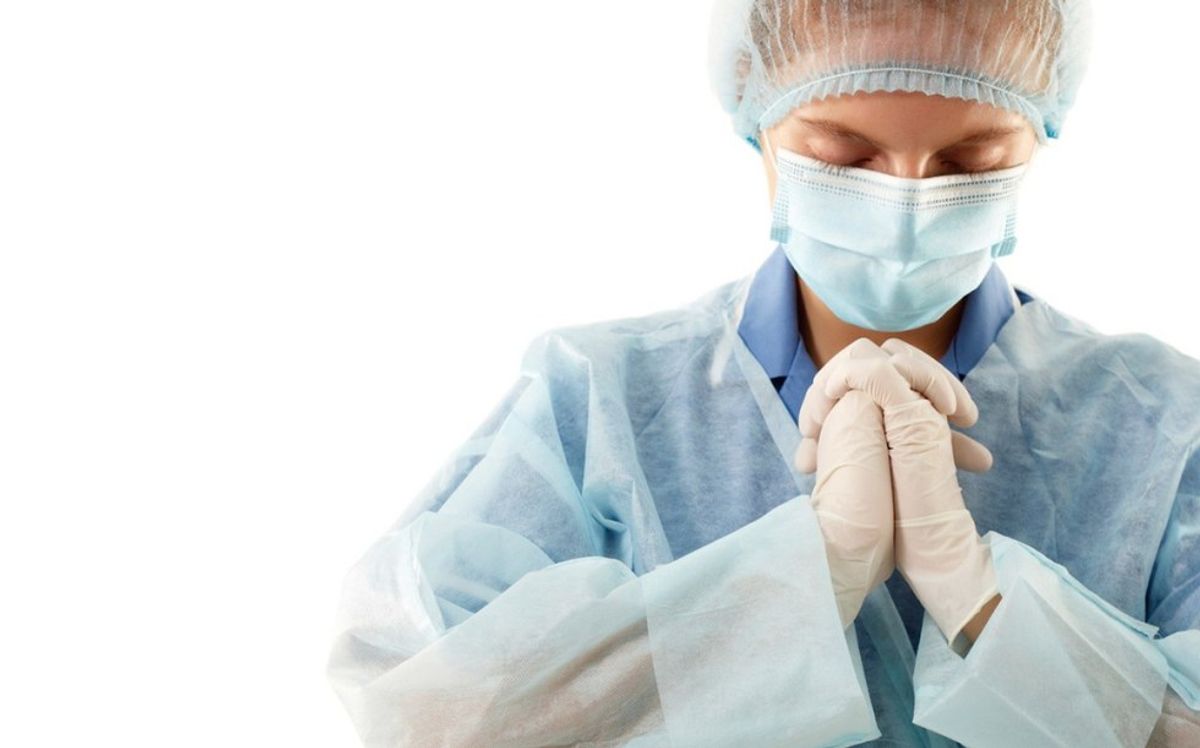 Last weekend, a U.S. district judge ruled that doctors may refuse to treat women who have had a past abortion or transgender people. The claim was that forcing a doctor to treat these patients may be denying the doctors their religious freedom.

Yes, I am extremely upset that people still care what changes others make to their own bodies. But there is an even bigger problem here that can set an extremely dangerous precedent for both medical professionals and patients.

Everyone has heard of the Hippocratic Oath doctors take in medical school. Contrary to what you saw on Grey’s Anatomy, the Hippocratic Oath is hardly used anymore, and when it is, a modernized version is recited. (Fun fact! The guy who wrote the modern version was named Louis Lasagna!). More relevant today is the American Medical Association’s Code of Ethics. They are not "laws" per say, but more of guidelines that medical professionals are expected to follow. Let’s look at some aspects of the AMA’s code:

Section 1.1.1 Patient - Physician Relationships: “The relationship between a patient and a physician is based on trust, which gives rise to physicians’ ethical responsibility to place patients’ welfare above the physician’s own self-interest or obligations to others, to use sound medical judgment on patients’ behalf, and to advocate for their patients’ welfare.”

A physician needs to be able to drop their religious or political beliefs at the office door. Patients deserve the right to an environment which they feel safe and comfortable to talk about any medical concerns. As a doctor (or any health care worker), you are expected to put patients before yourselves. That is why you are willing to check on a patient at 3 a.m. or perform an emergency surgery on Christmas Day. Your patients come first, and if you are not willing to set aside your own ego for them, you shouldn’t be in this career field.

Section 1.1.2 Prospective patients: “Physicians must also uphold ethical responsibilities not to discriminate against a prospective patient on the basis of race, gender, sexual orientation or gender identity, or other personal or social characteristics that are not clinically relevant to the individual’s care.”

I cannot give you a more cookie cutter, basic, written out ethical theory violated than this one. I learned from an early age that if I became a doctor, I would not be allowed to judge who I treated. Doctors have a responsibility to even treat terrorists and serial killers with the same amount of respect. So you’re telling me transgenders and women with past abortions are now below serial killers on the social ladder?! COME ON PEOPLE.

The same section notes, “A physician may decline to establish a patient-physician relationship with a prospective patient, or provide specific care to an existing patient, in certain limited circumstances” which include:

Transgender people and women with abortions obviously do not fit into any of these categories. Note that the Code explicitly follows the second point with “Physicians may not decline to accept a patient for reasons that would constitute discrimination against a class or category of patients.” Refusing to treat those two groups of patients obviously breaks this guideline.

Section 1.1.7: Physician Exercise of Conscience: “Physicians are expected to uphold the ethical norms of their profession, including fidelity to patients and respect for patient self-determination. Yet physicians are not defined solely by their profession. They are moral agents in their own right and, like their patients, are informed by and committed to diverse cultural, religious, and philosophical traditions and beliefs. For some physicians, their professional calling is imbued with their foundational beliefs as persons, and at times the expectation that physicians will put patients’ needs and preferences first may be in tension with the need to sustain moral integrity and continuity across both personal and professional life.

“Physicians’ freedom to act according to conscience is not unlimited, however. Physicians are expected to provide care in emergencies, honor patients’ informed decisions to refuse life-sustaining treatment, and respect basic civil liberties and not discriminate against individuals in deciding whether to enter into a professional relationship with a new patient.”

Refusing to provide treatment for these groups clearly disrespects “basic civil liberties”. Can a doctor say “I personally am opposed to abortion, so I will not perform one on you”? Absolutely. Can a physician deny care for Crohn’s disease because a woman had an abortion 20 years ago? Absolutely NOT. It is unacceptable, unprofessional, and immature.

After reading the news article that inspired this post, I was absolutely disgusted that some of my future colleagues would even think of refusing care based on a person’s past. When did doctors become divine moral agents who could decide that a person isn’t “worthy enough” to receive their care? Will this become a slippery slope? We’ve already seen employers refuse to provide health insurance coverage for contraception (see Burwell v. Hobby Lobby Stores, Inc.). Can I then refuse to treat patients because they love avocados and I think it’s a slimy, tasteless excuse for a fruit? THIS IS INSANE.

What I find funny is this whole "religious freedom" thing. Based on this Judge's logic, could I claim I don't want to treat a prisoner because my religion doesn't approve of his murder? Obviously that would be unethical. So then why are only women and transgenders targeted? This is just another way for religious conservatives to try to repress the people they don't like and claim "religion" as their reasoning. Can I pull the religious freedom card to refuse treatment for those who oppose evolution? Of course not.

To any readers considering a health profession, let me just give you a little bit of an eye opener. You will have patients that you love. Adorable little kids. Cute old men who swear a lot. A mother who just beat cancer. You will also have patients that you cannot stand. Rude men who ask if you’re as competent as a male doctor. Murderers. Rapists. Famous politicians who champion every single platform you oppose.

But guess what? You have to walk into that patient’s room with a smile on your face and give him or her every single ounce of respect in your being. You will shake their hand, you will look them in the eye during conversation, you will brush off any nasty remarks they make, and you will be the best possible doctor for them. We are here to provide help, not to judge. So if you want to be able to “hand pick” who you give your time and services to, get the hell out of the my profession.