Think Again Before Disrespecting Our Flag And Anthem

Think Again Before Disrespecting Our Flag And Anthem

We live in the greatest country on earth, we need to start acting like it 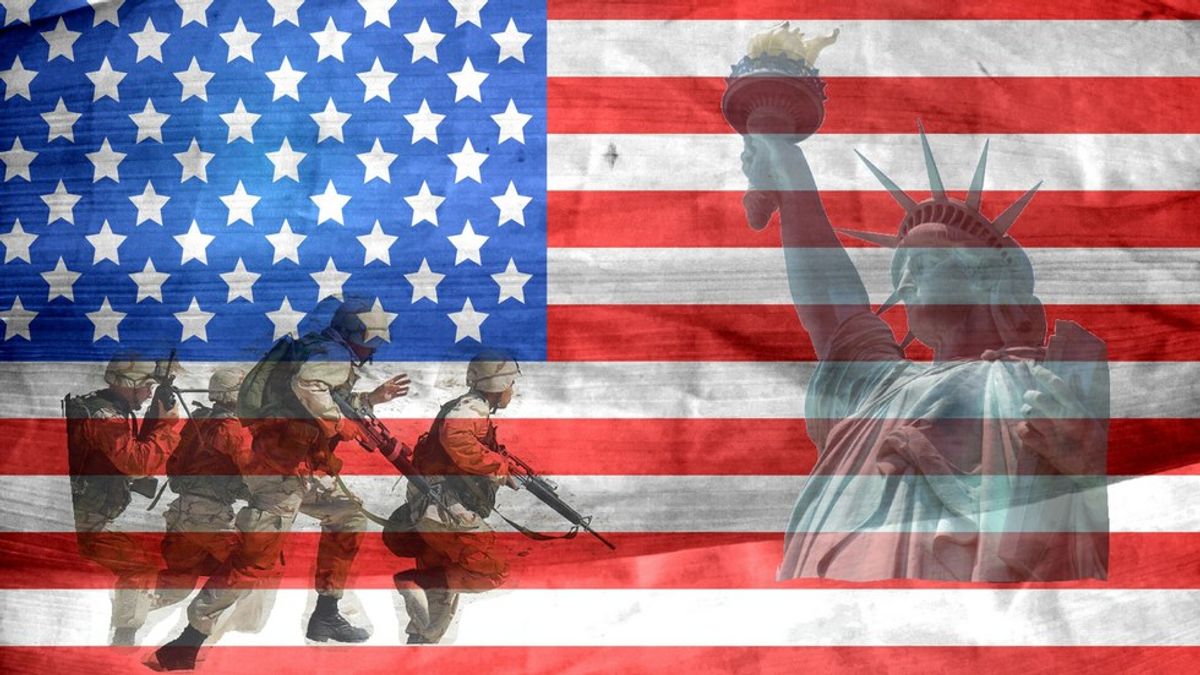 Being a member of generation Y, I can see so many of the great things that we are doing. Advances have been made in so many aspects of life, and we have the 20 somethings to thank for most of it. However, just like with every other generation, we have our faults. The biggest thing that bothers me as a young American is how so many of my generation, and older people too, have a complete disrespect for the American flag, the National Anthem, and everything that these symbols represent.

If you were to go back just a few years, you would never see a single flag being burned outside of a private retiring, you would never see the flag being laid on the ground, and you would NEVER ever see someone have the audacity to stand on a flag. I can honestly say that I am ashamed that anyone in their right mind would think that it is okay to do these things. Do not get me wrong, I am 100% for someone making a protest and exercising their freedom of speech--that is one of the great things that this country allows you to do. What is not okay, is when someone has a blatant disrespect for the symbol of freedom that America proudly flies. If you are someone who does these terrible things, let me give you the benefit of the doubt and explain why these acts are not EVER acceptable.

You live in America, the greatest country on Earth. You have freedoms here that you would not have in many other parts of the world. You can go just a few miles from our coasts and see a countries that are under a dictatorship where there are no freedoms at all. You can go to the Middle East and see places where women are, more or less, property. In these places, you are constantly afraid for your life. On any given day, a terrorist or extremist group could come in and kill you on the spot. In America, you can go to college if you want, do whatever you want to do with your life; say what you want to, elect your officials, own your own things, etc.. You have endless freedoms that would never be available to you in many places.

Now, understand that these freedoms are not free. Every single day, men and women are fighting and risking their lives to defend these freedoms for those of us who are not in the military. They miss holidays, birthdays, births, and anniversaries. These men and women fight for our freedoms, and many of them die in the process. All of this is done so that we can hoist the American flag high and keep those freedoms. When someone stomps on or burns the flag, they are not only disrespecting this country that gives them all of their freedoms, they are disrespecting those, both living and fallen, who defend this great land and country. I don’t care if I have met you or not, I am telling you that destroying that American Flag is not okay. You are wrong if you do it.

Another thing is everyone kneeling when the Nation Anthem is being sung--the same principal applies as with the flag, that is the anthem of this country. There is a reason that you are supposed to stand and remove your hat during its playing. We are to show honor to those who have fallen and respect those living who defend our country and allow us to sing that song. It is beyond disrespectful to not stand for it. As I said, feel free to let your voice be heard: go talk to your officials, protest your job, or write an Odyssey article. You can make your voice be heard and opinion known without dishonoring those who gave their all so you can be free.

We live in a time where one person can bring a movement to America. So be sure you do it the right way, by honoring those who gave you the ability to bring change, and set an example for those who will follow after you.