Who Thought Running Could Be Fun?
Odyssey

Who Thought Running Could Be Fun?

Disney makes running in their race weekends just as fun as a normal trip to any of their parks. 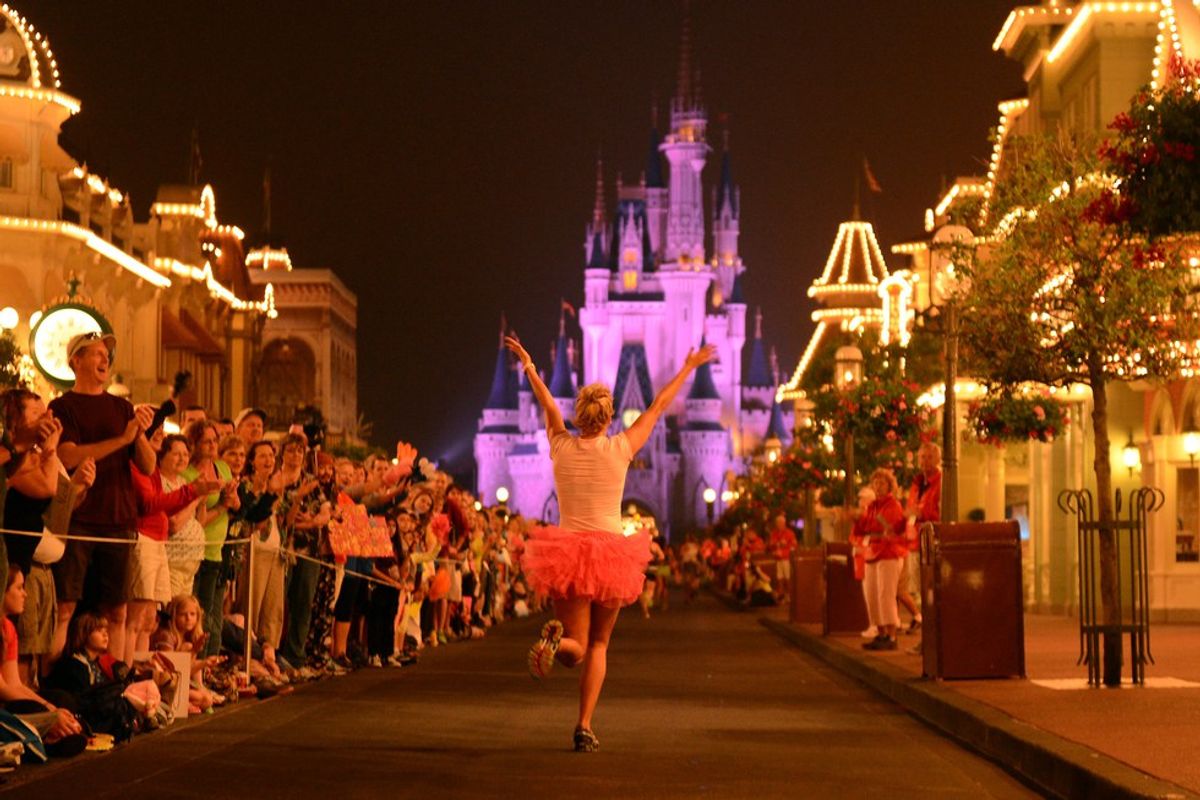 I never thought I'd be the type of person to take part in a 5k or if I did, I'd never finish the race alive. But I did. I finished and I wasn't last and I was very much alive...out of breath but alive. And to my shock, I enjoyed every moment of the race. If you're someone who is just starting to run, looking to get into shape or have already run marathons before, I highly recommend doing a RunDisney race.

RunDisney races are not like other races. They make sure that the Disney magic is felt during these weekends as well. The Half and 10k are timed races but the 5k is not. So as long as you're able to cross the finish line, you'll earn your medal. They also offer kids races and events so even they can get in on the action of the weekend.

While I'm generally not a morning person, the early call time was actually nice. The races have to finish before the parks open to the public. This gives them time to clean up the cones that line the path throughout the park or parks if you're doing the half. So the morning of my race, I was up by four am. The race started at six am. I was back at my resort by ten am and by the pool by eleven. I had the rest of the day to do what I pleased. Normally I'd just be getting up around ten or eleven in the morning.

At RunDisney races, nearly everyone is dressed up as Disney character. From the Princess' to Villains to the Classics. Everyone is dressed as someone. It's amazing to see how detailed some people get with their outfits. And it's fun to see if you can name the character. One thing I've learned from doing this race is to pick the character early on and order everything you need before it's too late. I learned the hard way.

Another way Disney makes running these races fun and their own is by adding character stops around the course. And it wasn't just the classics like I thought it would be. For my race, it was from rare characters like the mice from Cinderella and some of the members from the Finding Nemo show. This was a nice little break. And the photo lines moved pretty fast so if you're worried about your time, you'll be fine. You can even snap a photo as you run pass without stopped for one.

If you're someone who doesn't really run and worried about being able to handle the race, you can. Many people walk the 5k. There were people in their sixties and seventies taking part in the 5k. And it's not timed. You just have to make sure to keep a certain pace and you'll be fine! Some even do the walk/run/walk/run method during the race. Don't let the fear hold you back. Go for it! You'll never know how much you like it or if you don't until you try at least one.

One of the perks to signing up for a RunDisney race is going to the Expo at the ESPN Wide World of Sports complex. This is where you'll go to pick up your race package. This includes your bib and the shirt you get when you sign up. It will also include any of the other merchandise you added while registering. There are also a ton of vendors at the expo. Some selling running costumes all themed to Disney others selling items for running like the belt-less pouch. New Balance is there with the newest RunDisney shoes. Disney also has a part where they have official RunDisney merch. So if you didn't get anything when you first registered, no worries. You can still pick up a shirt, hoodie, headband, wine glass, car magnet. Some things with be the general RunDisney items while others will be for whatever race you are running.

There are also some other perks around Disney property to running in the races. If you wear your medal or bring your bib, there are discounts or free things awaiting you. Many of these discounts happened to be at Disney Springs and not in the parks themselves but it's still Disney and who doesn't like free when you're at Disney?

My first RunDisney race was amazing. I loved it and I can't wait until I get to do another. It showed me I can do anything if I set my mind to it. I'm even aiming to go up to the 10k and eventually run one of their half marathons. If you get the chance to do a Disney race, do it. Don't think twice.

Who thought running could be fun?