From the mind of a millennial. 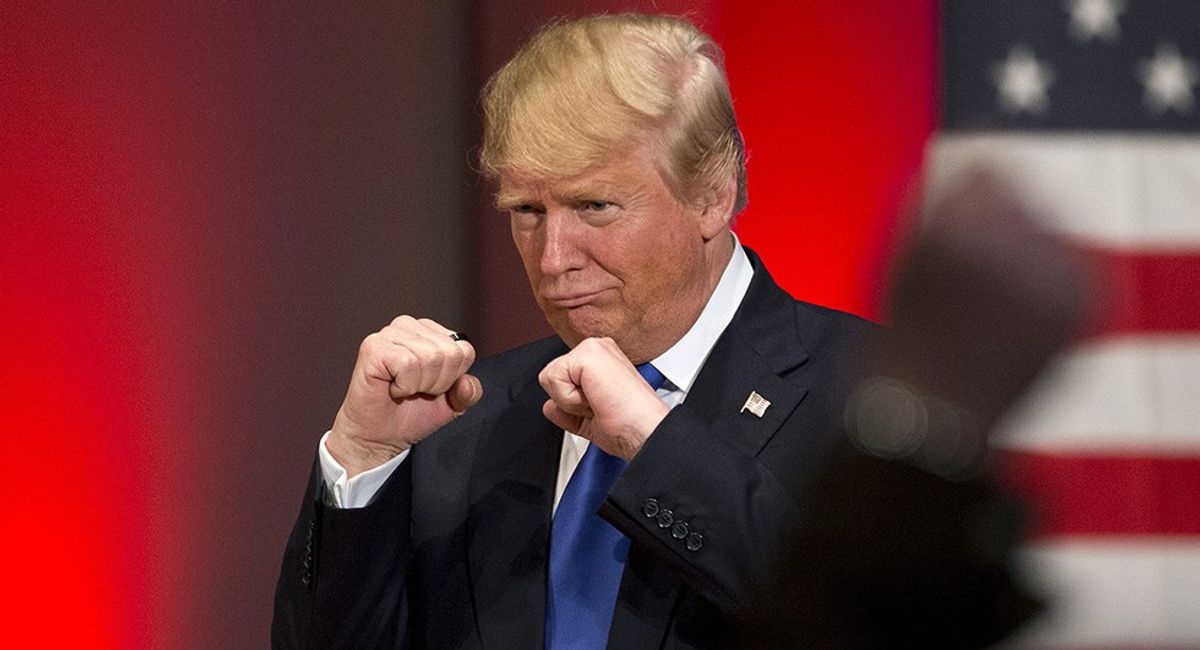 I have been raised to respect authority and the opinions of others. I have been raised to be accepting of others, no matter their differences, and that we are all human and deserve respect. I am socially very liberal and yes, I am a millennial college student. I will not whine about your win, I will not be burning American flags in protest, and I will give you the benefit of the doubt. I see like this, there isn't really much we can do to get you out of office, so I will take your presidency in stride and hope for the best. What I think we all need from you is for our concerns of how you treat people to be relieved.

After reviewing your standpoints on your website, I can definitely get behind some of your opinions on issues you promise to fix. My issue with you is not really your political standpoints, it's all of your horrible rhetoric that has instilled fear in women, POC, and the LGBTQ community all over the country. Maybe you're not really like that, who knows, but the uneducated people who see white as the superior color and a penis as the superior sex organ around the country have taken your win to mean that white men have power and are allowed to be racist and sexist without consequence.

I'm not very worried about you, I'm worried about your effect on the people. I've seen horror stories on the news already of men attempting to grope women in public and a gay man being beaten and while someone yelled at him that "we have a new president" and many, many other things that have gone on. If you're going to take your newfound position seriously, we need you to address these issues and let people know that this is not okay. Tell them that your election is not validation for sexism and racism

. Do not allow people to use your presidency as an excuse to set out country back decades of hard work from women, POC, and the LGBTQ community.

We have a rich history of fighting for the underdog and making people see that we are in fact a country of freedom. If people see you as the poster child for hatred, those freedoms - the ones that, even now, we still hardly have - will be lost. The freedom of women to feel safe as they walk down the street, the freedom of a black man not fearing discrimination, the freedom of a Muslim women wearing her hijab in public. These freedoms barely exist as it is, don't let your presidency make it any worse.

Make it better. If you want our support, we need to see a change in your behavior. Personally, I need to see tell the barbarians if this country that to "grab a women by the p****" is definitely NOT OK. I need you to tell people that it is not okay to treat women like this, nor POC or the LGBTQ community.

Donald Trump, I am a millennial. You were not my choice for president, but I will not say you are not my president. I will, however, show people that sexism is not OK. I will show them that racism is not okay. I will show them that women, POC, and the LGBTQ community are strong and that a failure to defend us will come with major consequences. Be the person I am hoping you can become and take action against those that use you as an excuse to treat people like garbage. I sincerely hope you can make America great again because, whether we like it or not, you won. Be the change. We need it.