An Open Letter To Donald Trump 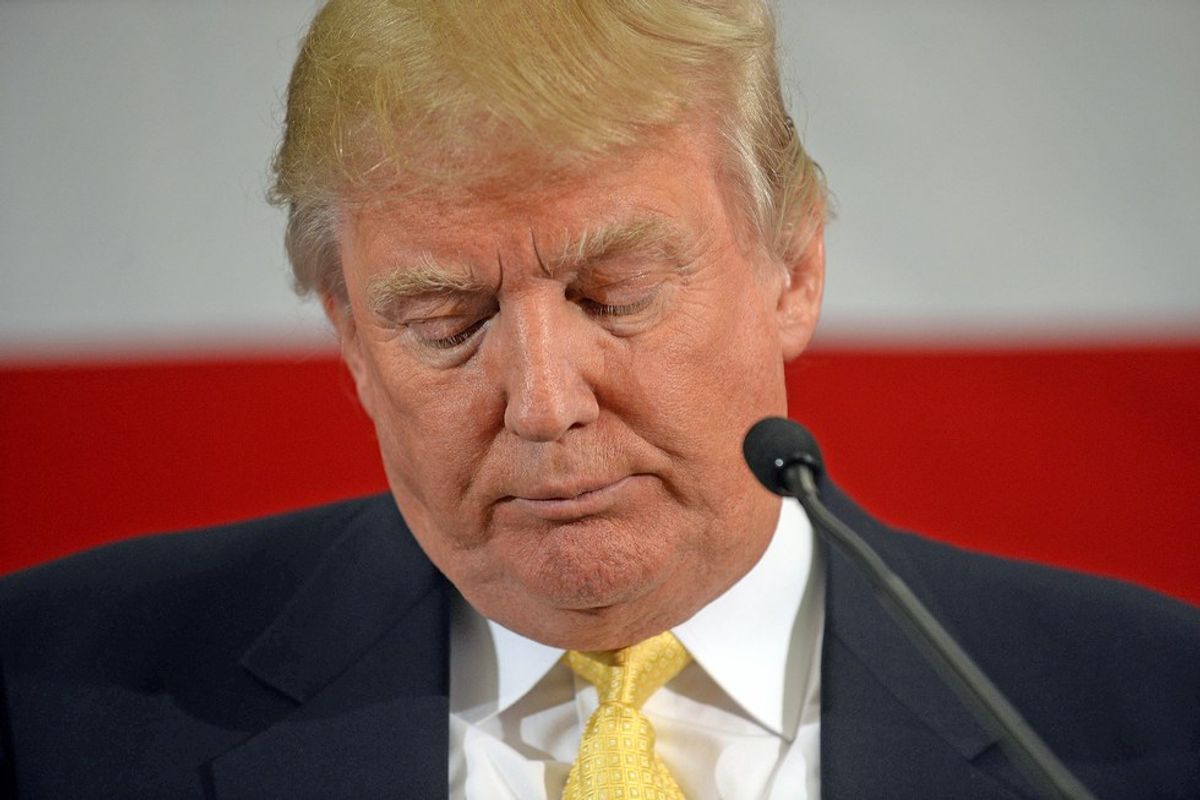 At the start of your campaign, I thought it was just a joke, a prank, a parody. It was hilarious at the time. Then the idea started to sink in and I thought maybe you could be good because you're a "business man." It wouldn't be the first time America has a television star become president. However, that was not the case at all. You targeted people with words that were slanderous and appalling. My friends, who were undoubtedly Hispanic and proud of it, were hurt and angered about your ideas of their heritage. They, including I, were angered by your ideas that their hard working mothers, fathers, brothers, and sisters, were nothing but murders, drug dealers, and rapists. It angered me, a citizen of these United States, that people would rally around you, a man that could talk about people in such a heinous way.

As if that were not enough, you target woman and exploit parts of their body that are either sacred or can cause serious insecurities. As a young woman of these United States, I could never respect any man that would call out a woman about her weight on national television and laugh about it. I could never respect a man that would openly talk about sexually assaulting a woman; a married woman! And your excuse was that it was locker room talk. Well it's story time. My father was a boy's basketball coach, and if he would have ever heard a player talk like that in the locker room, he'd snatch them up and explain to them about how you have to respect and cherish a woman. You simply do not engage in the act of groping her and making her feel like a piece of meat being examined by a buyer. He'd say this because he not only is a decent human being, but he is the father of two young women, the grandfather to a granddaughter, and a husband to his wife.

For those that make excuses for this shocking and gut-wrenching "locker room talk", you are just as bad and maybe even worse than he is. Either you agree that a "famous star" has the privilege to "grab them by the pussy," is an acceptable action, or you are just to proud to turn on your beloved leader, when you know he is clearly wrong.

Mr. Trump, you are a person that needs help. However, no matter what I say or anyone else says about your character, I don't think you'd ever change. And not winning the presidency would not shut you up either. You'd just go on about how if you were president this, and if you were president that. The banter and side talk would never stop.

But Mr. Trump, I also pray for you, yes I actually do. I pray that God will show you the error of your ways. I pray that he shows you how much you angered and sadden people. They are sad because people like you can become so popular and liked, when you speak poorly and so horrendously about others.

Luckily, I am more than sure you will not be president of the United States. I pray that maybe you'll see how much you need to change, and how wrong you have been this whole time.