How To Correctly "Netflix And Chill"

Because "chill" is just another word for "relax" 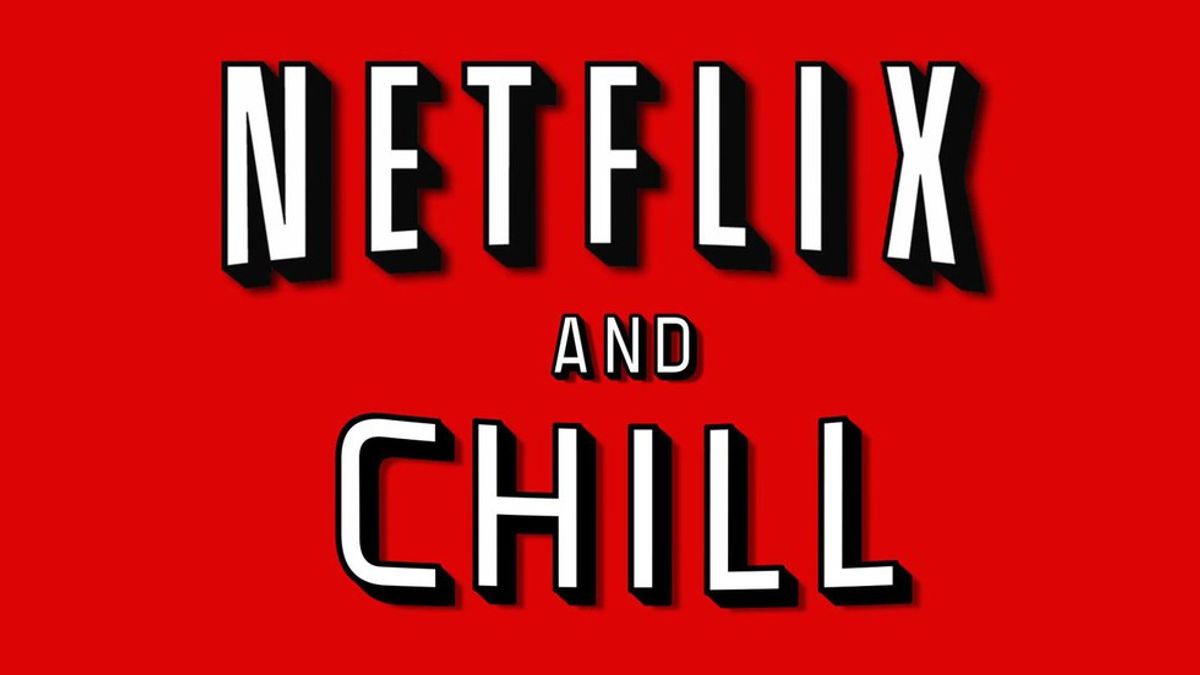 The phrase "Netflix and chill" has started showing up all over the internet -- not to mention t-shirts and coffee mugs. And while the phrase has certain... connotations associated with it, the actual words send out a fairly good message. Especially to stressed out college students. It is no surprise that most college students (at least the ones I know) have a Netflix account. There is something incredibly relaxing about taking time out of a long day of homework and classes to just sit in from of a laptop with a cheesy romantic comedy. It is the epitome of "chill" in college life.

Not only does college consist of classes, homework, and exams (just like high school), but most college students live away from home. They are expected to fend for themselves, pay thousands of dollars to study at their institution and figure out what they want to do with their lives once they graduate to the *dramatic music* real world. All in all, even just the thought of this seemingly endless list of duties gives me anxiety. And one of the best therapy for college-life stress? Watching an episode (or maybe five) of "Doctor Who."

It does not matter if the TV shows or movies are horrible (as in, bad acting, predictable plot and high cheese factor horrible). The point of "Netflix and chill" is to have a time to take your mind off of the stresses of college. For example, just the other day, I was overwhelmed with my new classes, so I watched one of the "Bring It On" movies. True, it is not the greatest movie, and I do not have a deep and meaningful connection to the world of cheerleading, but all I really cared about was the lack of thought I had while watching it. I quickly became immersed in the plot (as lackluster as it is) to the point where I forgot about how stressed I was. For that hour and a half, all that seemed to matter was which team would win the cheerleading competition. Furthermore, after the movie finished, I was definitely less worked up over classes. All that it took was 90 minutes of mindless Netflix watching to forget about my problems.

So even though "Netflix and chill" has been given a certain meaning, it can also simply be a lesson for all overworked college students--or anyone for that matter. It is an activity that can be used to de-stress and forget about worries for a little while. The main point being "a little while," because it can be nice -- healthy even -- to take a break from life, but eventually we have to go back and face whatever is giving us anxiety.

An Open Letter to the Coach that Killed My Confidence