A College's Reaction To The Election
Odyssey
CurrentlySwoonLifestyleHealth & WellnessStudent LifeContent InspirationEntertainmentPolitics and ActivismSportsAdulting
About usAdvertiseTermsPrivacyDMCAContact us
® 2023 ODYSSEY
Welcome back
Sign in to comment to your favorite stories, participate in your community and interact with your friends
or
LOG IN WITH FACEBOOK
No account? Create one
Start writing a post
Politics and Activism

A College's Reaction To The Election

Everyone on campus reacts differently, but we're all in this together 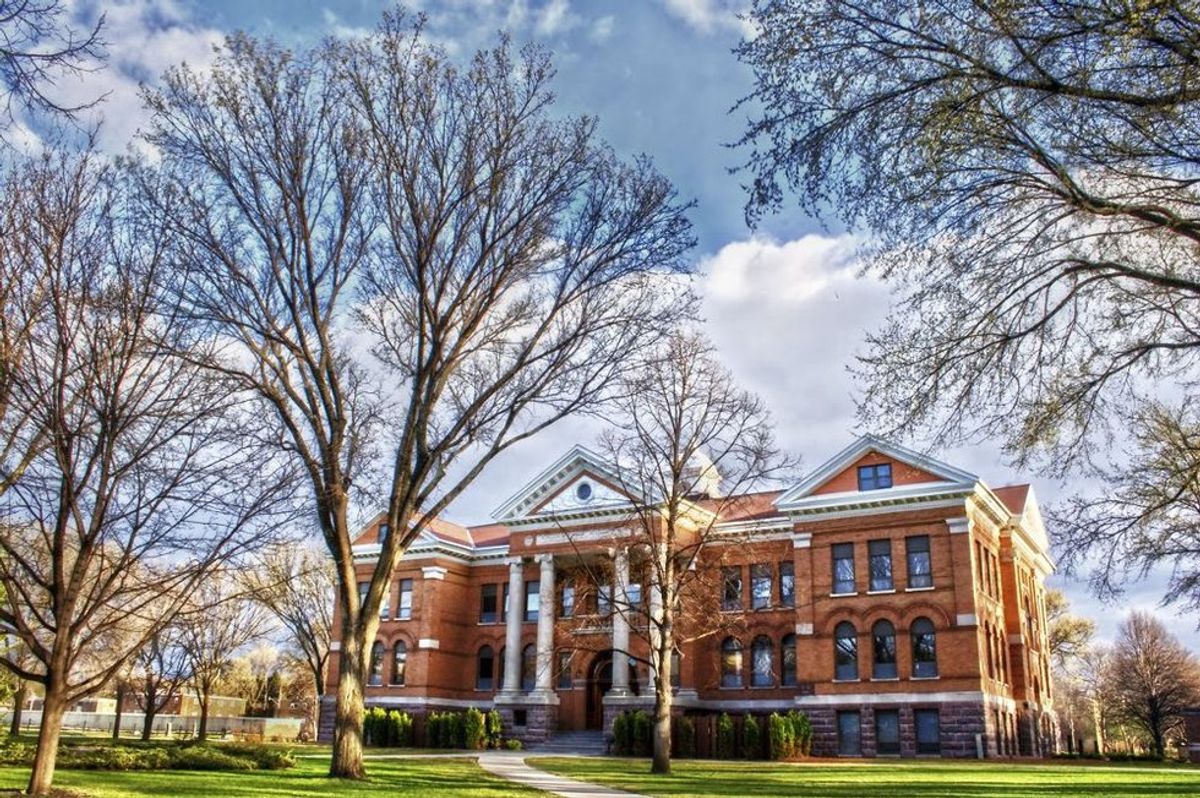 This semester I took a English class titled "Telling the Story: News Writing." Throughout the class, I wrote several articles about different subject areas. Most recently, I collaborated on an article with Danny Kocher, a senior at Concordia College, to find out how the election really made people on our campus feel. This is not a one sided story, but it is important to note that my college tends to lean to the left, but everyone has an opinion, and they should be respected (within reason).

Minutes before Donald Trump took the stage in New York City to give his acceptance speech, students from the Sexuality and Gender Inclusive Floor sat in the hallway of the second floor of Park Region - some in tears, some distraught, and some filled with anger and confusion.

The day following the election, other students expressed their anguish as well. President William Craft invited students, faculty, and staff to visit with in the atrium of Lorentzen Hall. “I spent the whole day out there, and most of the people who came were people who were deeply distressed by the results of the election,” President Craft said. “In the midst of a lot of uncertainty and confusion, it was a very encouraging day to have that sort of response.”

Though many members of the Concordia community were upset and bewildered over the results of the election, each took a different route to express their discontent.

Assistant Professor of Religion Dr. Anne Mocko took to social media, not to defend her own views, but those of her students. In her post, she criticized those “dumping on” college students because of their reaction to the election. “They have been mourning the death of their college dream. And no one should mock them for that,” Mocko wrote.

The post has received over 800 likes, 400 shares, and comments that applaud and criticize Mocko.

Sophomore Emma Garton turned to writing to express her feelings. In response to a letter published in the Fargo Forum aimed at college students reacting negatively to the election, Garton articulated why students were concerned about the result. Her response was posted on the Forum’s website, and then more recently published in a print edition.

Though she was fairly involved in the wake of election night, Garton can’t help but wish she had done more leading up to November 8.

“I hope people can look at this result and see they need to get themselves involved,” Garton said. “Even myself, I only really voted for Clinton. I look at the past year and wonder if me getting involved with the campaign or getting active in other ways could have made a difference and hope others are having that same realization.”

Other students took to protest with a “March Against Hate” on Veterans Memorial Bridge on Saturday, November 19.

Senior Erica Floding was one of many students at the protest, and saw it as a positive expression of unity. “The atmosphere was really positive,” Floding said. “It’s important to get out there and have your voice heard, instead of staying home and later regretting passing up an opportunity to be part of something bigger than yourself.”

Students were not the only individuals representing Concordia at the event. Members of faculty and staff were also present, including Assistant Professor of English, Dr. Erika Strandjord.

When Strandjord saw the event on Facebook, she didn’t hesitate to confirm that she was going to attend. Strandjord says she thought about her students or Somali neighbors who could be harassed, and the importance of expressing that they are not alone.

Strandjord is no stranger to speaking out about her views, but this experience was different. “While I really like writing to legislatures or donating to organizations that I think do good work, I think it is also important to put my own feet on the ground for a cause that I care about,” Strandjord said. “Going to a march is physically putting yourself out in the public and saying ‘this is what I believe.’”

The march stemmed from backlash to the rhetoric used by President-elect Trump during the campaign season and aimed to show solidarity with demographics that Trump targeted with his proposed policies. Unlike the direct protest against President-elect Trump that took place directly in the wake of the election, this event did not seek to condemn any one person or group, but rather to promote unity and solidarity with marginalized groups.

While much of the election backlash has come from more liberal voices, conservatives on campus also have their concerns. According to Brayden Drevlow, president of Concordia’s branch of Young Americans for Freedom, one of the key worries about Trump’s presidency among conservatives is that he will not exemplify their ideology accurately, and will thus reflect poorly on the larger conservative movement.

“My biggest worry would be that once Trump gets in the White House, he makes a mistake and people take that as a reflection of the conservative movement as a whole,” said Drevlow.

Drevlow also sees the next four years as an opportunity.

“I do hope that Trump can really stay true to the actual conservative message,” Drevlow said. “It would be good to see him make meaningful positive change that could last for a long time.”

Dr. Michael Bath, a conservative Political Science professor, also has reservations about a Trump presidency, and found much of his campaign to be problematic and divisive.

“I have several issue-related concerns, but I'm cautiously hopeful that he may back away from what I view to be some of his more extreme positions,” Bath said. “That being said, his successful outsider campaign speaks to the fact that he struck a chord with a great many voters who feel politics has failed them.”

Joseph Kennedy, Academic Technologist in Information Technology Services hopes that this election will serve as an opportunity for a different group of people to have a voice.

“My biggest hope is that moderate Republicans will feel they have the rhetorical space to oppose policies which would target specific groups of Americans with discriminatory policies,” Kennedy said.

Despite some hope for the future, there are still worries about the safety and comfortability of members of the Concordia community; however, the institution recognizes the need to ensure students, faculty and staff feel safe and welcome on campus.

Park Region Hall Director Kylie Windecker explained the importance of recognizing and addressing the feelings of students and not tolerating any sort of hatred. “We want this to be a safe learning environment and a safe living environment for everyone,” Windecker said.

President Craft also stressed the emphasis on making sure everyone in the community feels accepted for who they are and what they believe. “We will remain a marketplace of ideas, where students stand together to speak their minds and their hearts,” Craft said.

Donald Trump gave his acceptance speech. He will take office in January.

Though there is some uncertainty about the future, President Craft remains optimistic. “Whatever has happened, whatever will happen, we know something at Concordia,” Craft said. “Every living being comes into the world with an inherent value and dignity, that has to be honored and respected.”

Writing this article was a lot of work, but doing the interviews were a lot of fun.

If you enjoyed the article check out the video we made to go along with the project.

QueenRadhi
The State University of New York at Stony Brook
3310