Clown sightings were originally through to be a prank, but is it a growing epidemic? 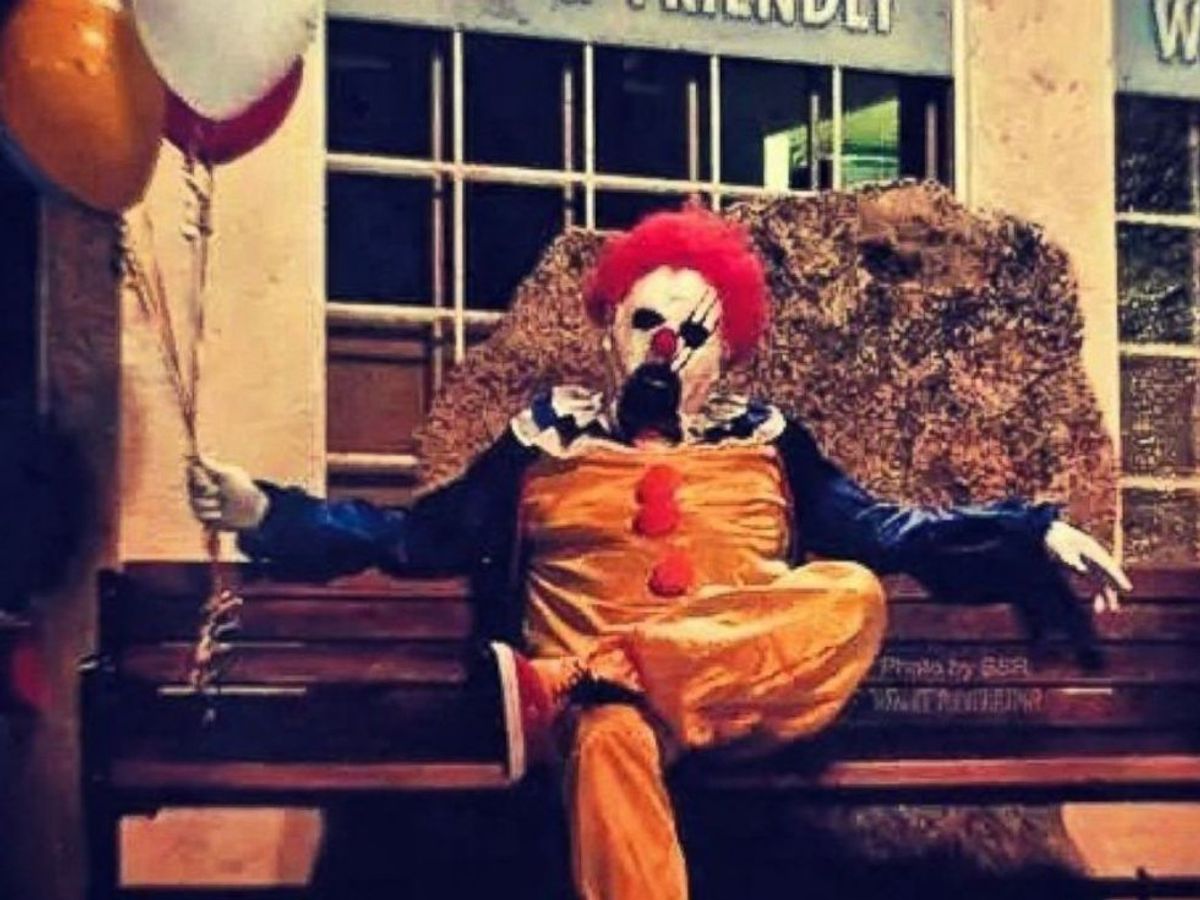 Since August, citizens in several states have been reporting sightings of clowns in woods, outside stores, and more recently, on college campuses. So far, it has not been reported that the clowns have been hostile or violent, but their numbers appear to be spreading. They have been seen in fourteen states as of September 29. What remains to be seen is whether this is just prank, or, with Halloween coming up, if this serves some kind of larger purpose.

The first sightings of clowns occurred in Wisconsin. The clown was referred to as "Gags" the Green Bay Clown. People called in a reported the sighting of the clown. As it turns out, the man in the clown suit was an actor, and was filming for an independent film that will be coming out for Halloween.

The next reports came from a suburb in South Carolina. A woman initially reported seeing a clown outside of a laundromat, but nothing happened as she left. The next report came from concerned parents whose children had claimed to see clowns in the woods carrying weapons and attempting the lure them into the woods. A curfew has been established in the suburb, and the town recommends that they abide by it. No further sightings in this area have been reported.

In the beginner of September, citizens living in North Carolina reported seeing clowns in the woods as well. This time, they threatened the children that did not follow them. No children were missing or harmed. A false report was received some time later about a clown supposedly standing outside of an elementary school.

The sightings then spread to Georgia, where clowns were seen in the woods trying to talk to the children that they encountered. Another report claimed that clowns were in a van trying to kidnap children, which was later proven false. Apparently, the citizens decided to make a Facebook page for the clowns, but it has been taken down.

Once of the first calls that police have reported to be true came from a citizen in Mississippi. The clown was walking around with a large blade, and ran from sight after being seen by a police car.

There were two total reports of clown sighting in Maryland. However, police were able to neither validate nor refute this claim.

More reports continued to come in, this time in Virginia. The clowns were never found. It is also true that citizens in the state of Virginia are prohibited from wearing anything that could cover their face and/or obscure their identify. This is indeed a felony, and will be taken seriously.

Clowns were seen in Florida two weeks ago. However, the police were unable to find any of them.

The first report of seeing clowns on a college campus came from York College in Pennsylvania. The clowns were driving around in a car, and whether they were carrying weapons was not clear. The first reports of clowns doing more than threatening also came from Pennsylvania. Two young girls claimed that they were walking and a clown threw a stick at them from the woods before running away.

Schools in Tennessee went on lock-down after receiving clown threats. It turns out that those treats were false.

Another clown Facebook page was made in Colorado. The page threatened students, but has since be taken down.

Clowns were most recently spotted in upstate New York. It was reported that children were given permission from their parents to talk to one of the clowns. There were no crimes committed, and no obvious indication of ill-will toward the children.

Though there have not been reported sightings in Kentucky, a sheriff from the state reported the problems to both the Federal Bureau of Investigation, as well as Homeland Security. Some people think that the sightings of clowns are somehow related to Hollywood and the up-and-coming release of the reboot of Stephen King's It.

While many of the claims were proven false, or at least not proven true, it is obvious that the clown prank is going too far. It is recommended that people never travel outside alone at night. Alsom peope should avoid dressing up as clowns for Halloween, as this could cause further problems. Do not talk to strangers, and remember to use the buddy system.

All information regarding the clowns was received from http://www.usatoday.com/story/news/nation-now/2016/09/28/what-we-know-creepy-clown-reports-across-nation/91171858/, http://www.networkworld.com/article/3125488/security/creepy-clowns-cause-sheriff-to-consult-with-fbi-and-homeland-security.html, and http://bigfrog104.com/creepy-clown-seen-in-upstate.... Stay tuned to social media and local news stations for updates on the clown epidemic.