This is no laughing matter. 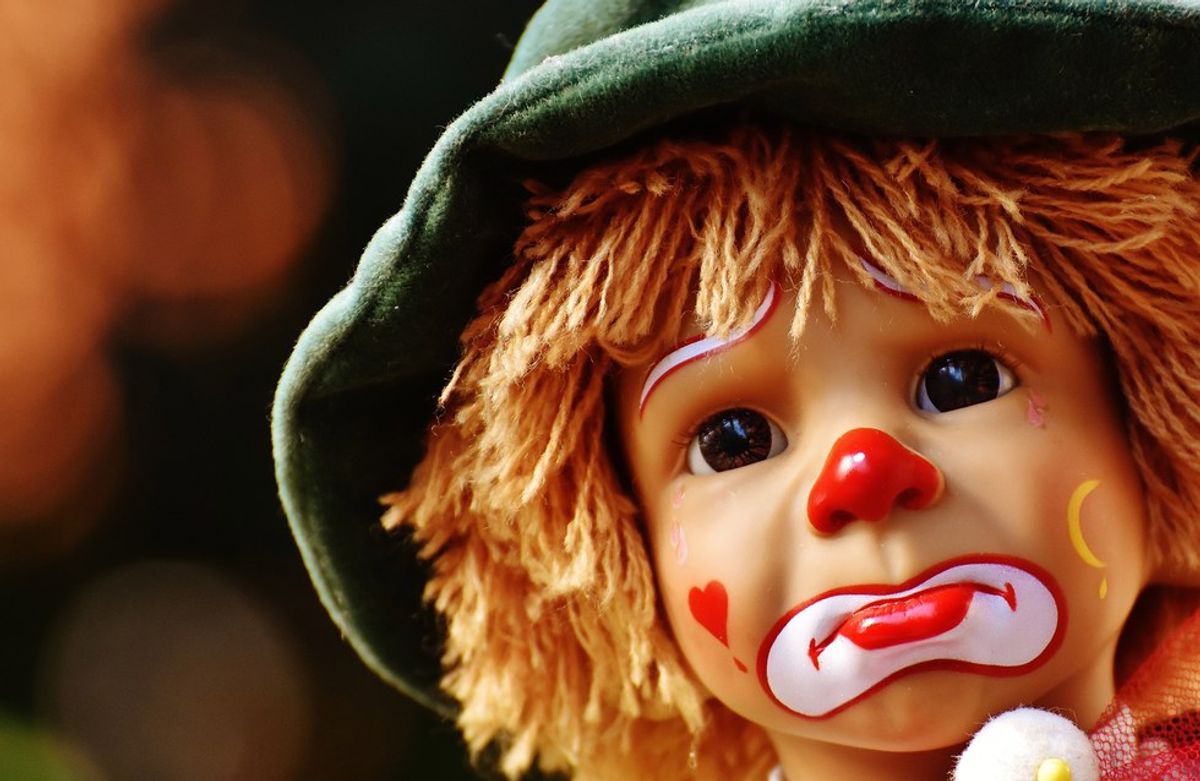 Needless to say, 2016 is not shaping up to be the year we all hoped it would be: with Pokémon Go and Donald Trump, you would’ve thought we had suffered enough. But, nope. Just as things couldn’t get any worse, they brought in the f*cking clowns.

Now, unfortunately, I'm uneducated as to who "they" are and if I did know, well, let's be honest, I probably wouldn't do much about it. If you haven’t already heard, then I sincerely apologize for making you hide under your covers tonight. Basically, there have been numerous sightings of freaky a** clowns sweeping the nation. And I'm not the only one who isn't certain of their origin -- are these creeps dressed in clown costumes just pedophiles online? Teenagers just f*cking around? Or is there a resurgence of Juggalos? This wouldn't be a surprise, with the return of the choker and all (yikes). Whatever the dumb reason, they should probably stop now.

Sightings began in Greenville, South Carolina when a poor little boy ran into two clowns dressed up with faces full of makeup, one wearing a red wig and one with a black star painted on his face. The clowns apparently whispered to the boy, trying to lure him into the woods. Now if you don’t have shivers down your spine, don’t worry. This is just the beginning of this crazy epidemic, you’ll get there. Sightings have spread in all directions throughout the US, with some lacking evidence of criminal activity and others leading to arrest.

These clowns have been sighted in the woods, on bridges, smiling into surveillance videos, in cemeteries, and on multiple college campuses (thankfully, we have yet to been scared here in Madison). There have been numerous reports of men dressed as clowns luring young children into the woods, and the scare has become so intense that some elementary schools have literally shut down for a few days.

While there have been multiple arrests of those who are harassing the public by dressing as these horrifying clowns, you should probably still be sure to carry around some sort of pepper spray and, not that you would, but definitely don’t dress up with a big red nose on Halloween (a teenager wearing a clown mask was stabbed to death by a man in Pennsylvania).

What’s even worse than an adult dressing in a full clown costume to try and scare people, is the fact that performers in Arizona organized a ‘Clown Lives Matter’ march in an attempt to save their careers and images. Seriously, if you’re a circus performer and are personally offended by this epidemic, then there is something wrong with you and you take your job too seriously. Secondly, Black Lives Matter is about real murder and oppression, not just some a**holes in wigs.

So in conclusion, clowns just aren’t that funny anymore. And honestly, if Stephen King has to come in to calm people down, we know this world is messed up.

Let's hope 2017 offers something that won't leave us wetting the bed at this age, but until then, let's quit clowning around.

Madison Franz
The Narrative
1111454
Photo by Brooke Cagle on Unsplash

Madison Franz
The Narrative
651531
Photo by Manny Moreno on Unsplash