The Value Of Saying "Yes"

What would the world be like if Mary had said no? 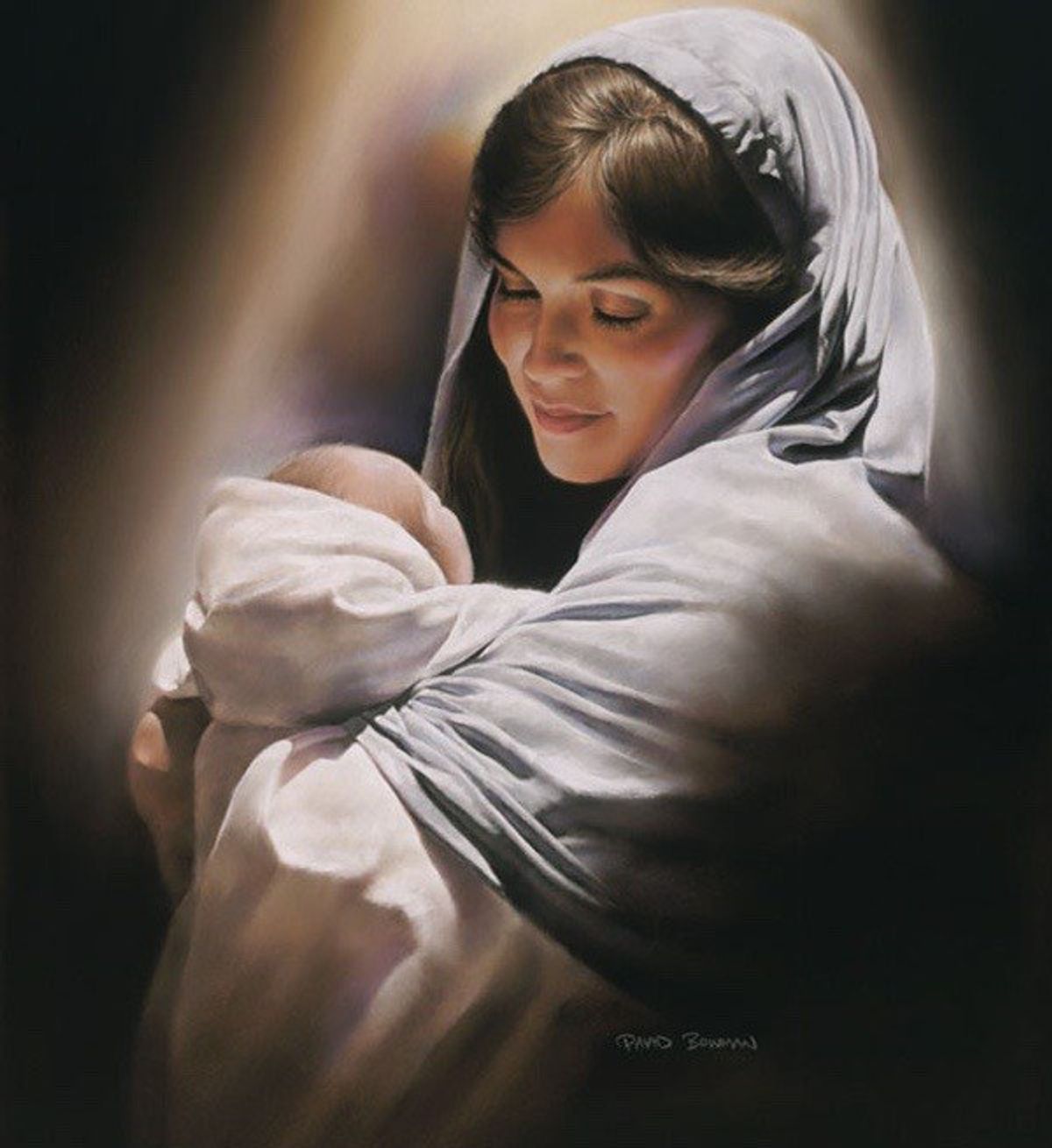 She is so young. She has a long life ahead of her. And you can certainly say she hadn't consented to sexual relations. But she has been given a choice. And she tells you, her confidant, that she's saying yes. She's saying yes to giving the rest of the time that follows her few fourteen years to someone else. She's saying yes to being shamed and misunderstood by those who cannot bring themselves to believe that she had not initially planned on this. She's saying yes to others judging her, accusing her of being foolish and irresponsible. She's saying yes, already knowing it will be accompanied by all of those hardships.

Wait, but why? She doesn't know what she's getting herself into. You need to talk her out of it while it's still early enough.

You tell her she shouldn't have to deal with this now. She should just enjoy being young. Besides, it's not fair for her to be punished this way in general, much less when she's the victim of someone else's decision. All this will be is a stressful, painful inconvenience to her time. It could be even worse than that; who knows what's coming? Whatever it will bring is definitely not worth the risk.

She tells you that she has considered all of this, but she is going to say yes anyway, even though it isn't clear exactly what will come of it; even though she knows it will be a difficult burden.

Because it turns out "yes" means painful labor not only outside the comfort of her home, but while journeying on the road, while lying on the hard ground with only straw as a cushion. "Yes" means having no one other than one man to assist her.

"Yes" means later on enduring sorrow emotionally comparable to being "pierced by a sword." "Yes" means giving life to someone she would only later lose. "Yes" means opening herself up to the indescribable gift of parental love, where one's top true desire becomes securing the well-being of her child, a desire that continually grows strong to the point that she would lay down her life for him without question. "Yes" means having to resist that desire while helplessly witnessing everyone treat him with pure hatred as he dies a lonely and agonizing death. And "yes" means she must allow these cruel persecutors to treat her child that way for their sake.

As a Christian, I believe that thanks to Mary's yes, we are also able to choose to say yes to God's love and healing. Using our free will to accept this allows us to strive toward something greater than life here on Earth and to spend eternity in union with Someone who wants nothing more than to give us His love. Mary's selfless yes to give Jesus life allowed God to become one of us in order to assure us the opportunity to be free of the past wrongdoings, harmful inclinations, and unsatisfying desires that bind us to this cruel, mortal world. It gives us the opportunity to leave them behind day after day, so we can find fullness in God. Her yes also gave value to the impact we have on one another; through our faith, hope, and love, we can show others that they, too, have this opportunity to find a fullness beyond what this life can offer.

I also think that if she, such an innocent, young virgin, could choose to say yes to a pregnancy that would bring that much pain and misunderstanding to her life, as women, so can we. Every year, millions of our children are killed because we choose to avoid the "hardship" of pregnancy (which probably rarely even compares to what Mary endured). And why do we do this? Because our society has for so long advocated for the untruth that it is justified for one to lose his/her entire life just because another would rather not "lose" nine months of hers. This "fetus" is a person who, with abortion, will die without living. The dash between the date of birth and the date of death is worthless; (s)he never will never have a birthday, only a death day. Maybe it's better this way, you think. This person gets to skip the pain of this life and go straight to Heaven, forever in union with God's love.

Yes, but with the "no" that will be chosen for his/her life, the free will God had granted as a gift to this child, may be taken away. Yes, it would be cruel for the child to be condemned, but if (s)he will be with God, it will not necessarily be because (s)he freely chose to accept His love.

This is a person whose impact could have meaning to this world. God has given this child a special laugh, some monumental strength, virtue, gift. But with abortion, the jigsaw puzzle of our humanity will not only be missing that piece, but all of the pieces of those that would have come after. Every time a child is aborted, countless generations are being wiped away.

So to any women reading this, please be like Mary, placing your trust in God's will, and say "yes" to your pregnancy. Yes, it will not be easy, but please know that you carry this child for a reason, and giving him/her life will be far more rewarding than any consequence will be detrimental. Your "yes" means more than you can know.