What It Is Like Being a Buffalo Sports Fan
Odyssey

What It Is Like Being a Buffalo Sports Fan 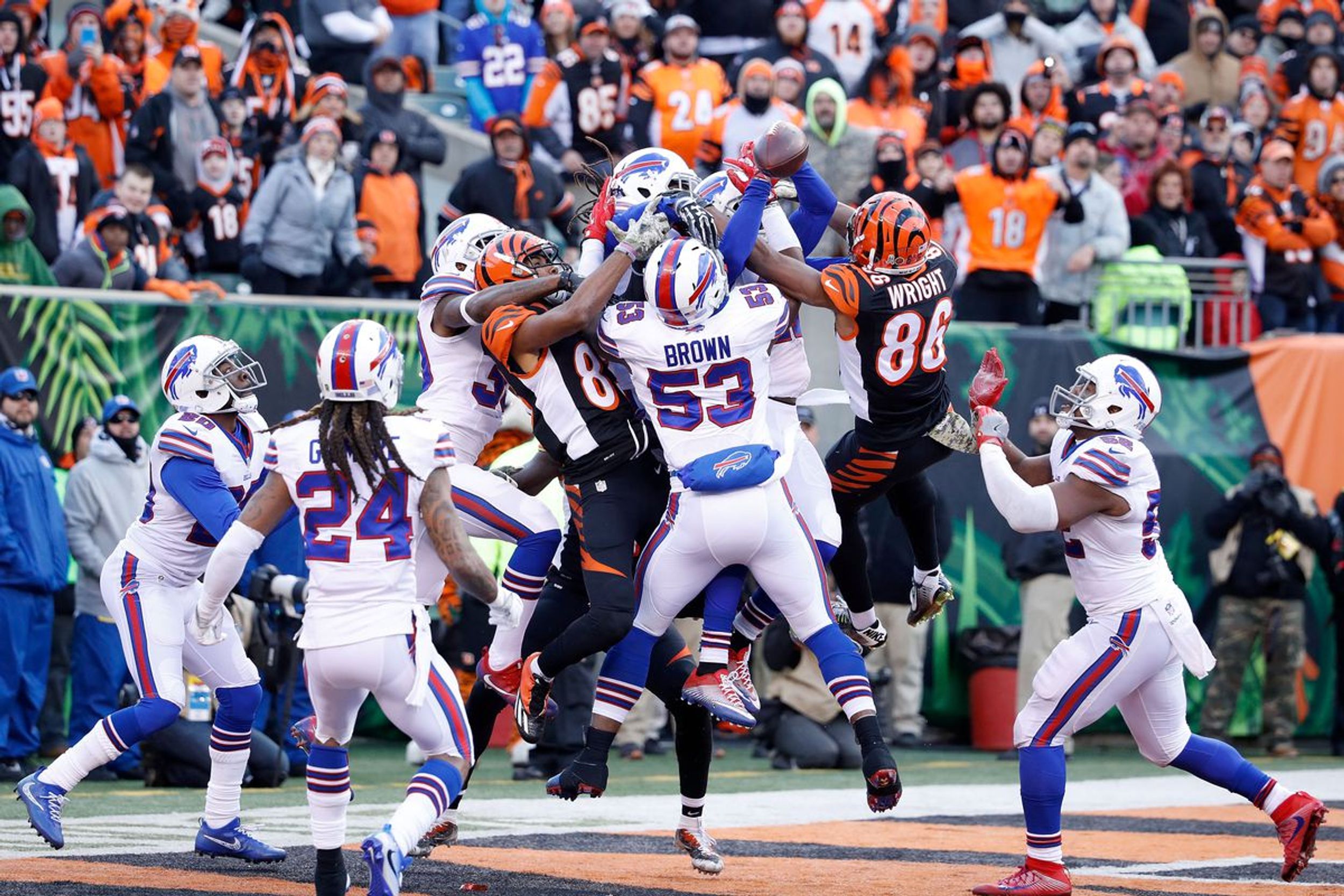 I live right in-between Buffalo and Rochester, naturally, the teams around my area are the ones I support. I am a fan of the Buffalo Sabres and the Bills. These, as much of you know, are extremely emotionally taxing to root for. Both Buffalo teams have never won a championship and, as of late, neither the Sabres nor the Bills have made the playoffs in a long time. The last time the Sabres made the playoffs was in 2011, and the Bills have spent a whopping 17 seasons without a playoff berth. It is due time that a Buffalo team made it to the playoffs.

Each season starts off will utmost optimism, we have new players, probably have a new first round draft pick that is supposed to “Take us to the house,” a newly signed set of free agents, and returners that played well the previous season. However, this all comes crashing down at various times each season. The Bills, always seem to start on fire, and the Sabres seem like they have the talent each year to the point where it will connect to a brilliant record and a run in the postseason. Every year I find myself hyping these teams up and they always end up disappointing.

The Sabres luck seemed to be taking a turn for the better in 2015 when the drafted generational American talent Jack Eichel. While Eichel has been exceptional and is by far the best player on the team, they still continue to lose, they still sign players that don’t pan out, and for whatever reason, they can’t find the right, coach/line combination to be successful. Even this season, we have seen sparks where this team has been great; however, they keep losing and can’t seem to win the games they should and are playing better than the other team in. It is so hard to pinpoint the exact problem because, on paper, they have all of the pieces to be successful; a few high-end talents on offense, a solid young defensive stud, some proven veterans, and a big goaltender who can save games. They still lose and I still get disappointed every other night of the week.

The Bills, in my lifetime, have had teams that have been at the top of the league statistically on offense and defense; however, one position has eluded them, a top end quarterback. Every two years it seems there is a new starter where one individual wins the starting job only to play a few good games and fall off, get injured, or just play badly. They are always a middle card team and one that always loses. I have lived through so many head coaches and each seemingly has it figured out. They don’t. So many fans have asked for one year to finish last in order to secure a quarterback who can start; however, this never happens and they draft one that wasn’t supposed to be drafted in the first round or rely on free agency to provide a thrower. Same deal, however, they will lose.

Sometimes I don’t know why I still cheer each year. I have every reason to abandon ship and cheer for a team that is much better. However, I find it kind of endearing for myself and fans. Each year we give support each year we are disappointed, but each year we still end optimistically. Buffalo sports fans have gone through regime change after regime change, but we still hold on to hope and we still believe that our teams can do something great, someday.

Caitlyn Morral
St Bonaventure University
1070
Wordpress
Odyssey recognizes that mental well-being is a huge component of physical wellness. Our mission this month is to bring about awareness & normality to conversations around mental health from our community. Let's recognize the common symptoms and encourage the help needed without judgement or prejudice. Life's a tough journey, we are here for you and want to hear from you.