Boyd Melson: A Fighter for the People
Odyssey

Boyd Melson: A Fighter for the People

"If you know you can help or believe you can help, and don't, you're part of the problem." -Melson 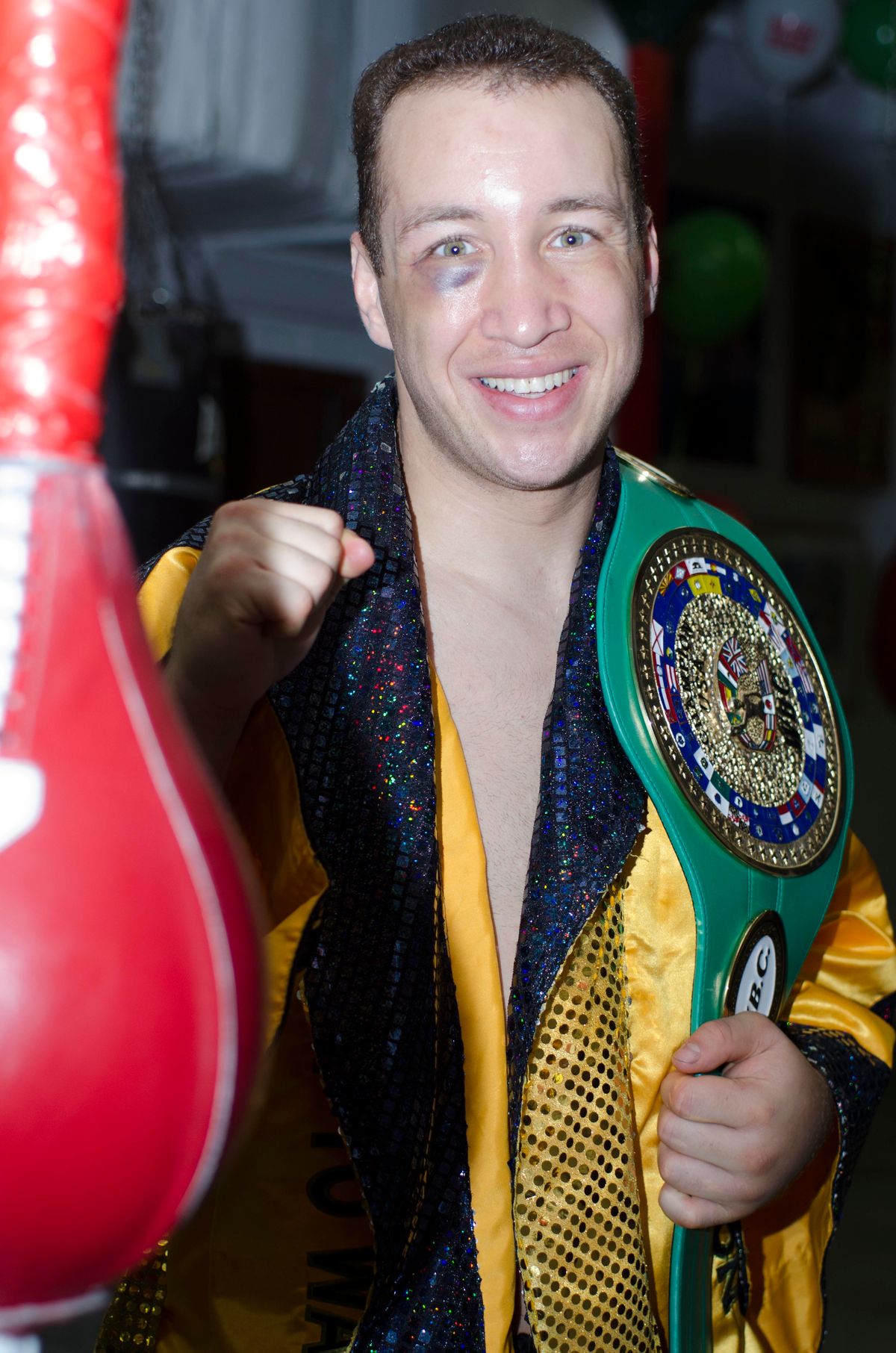 Boyd Melson has always been a fighter, both figuratively and literally, be it battling the opioid epidemic on Staten Island, proudly serving in his country’s military, or boxing professionally to a 15-2-1 record over his career, just to help find a cure for chronic spinal injuries so that paralyzed human beings can walk again. Melson was an Alternate on the 2008 U.S. Olympic Boxing Team, won the 48th World Military Boxing Championsip, and as a professional boxer, he earned the WBC Junior Middleweight United States Championship.

I recently sat down with retired boxer and US Army Reserve Captain Boyd Melson to discuss his next fight: the fight to represent the people of New York’s 11th Congressional District.

Melson was raised in a military family. Between himself, his parents, and his siblings, they have served a combined 65 years in the U.S. military. He credits his strong sense of duty and community service to this. Growing up on a military base, he says, everyone is focused on the same mission and looks out for and takes care of one another. On a military base and in the military, Melson is quick to emphasize that we do not see race, religion, or gender. We see Americans.

This ultimately led him to choose a career in the military that started at West Point. While there he began boxing, a class required for all freshmen. From there his boxing career took off, joining the school team the next year and winning the collegiate title. He then went on to win gold at the 2004 World Military Boxing Championship, the first American to do so in 12 years.

While home on leave from West Point, he met and began dating a woman who was paralyzed due to a chronic spinal injury. When she was 10 years old, she dove into a five-foot pool, breaking her neck. After dating for a year, he made a promise to her that for the rest of his life, he would never give up on helping her walk again. This promise motivates him to this day. It was for this that be began his boxing career.

Melson fought 18 times as a professional boxer. He donated 100 percent of his earnings from 16 of those fights help fund a pending clinical trial here in the United States, which involves injecting Adult Umbilical Cord Stem Cells directly into a paralyzed patient’s spinal cord. He gave one of his purses to his childhood friend, after learning that his son was battling brain cancer.

His last purse, which he came out of retirement to earn, was for the sole purpose of bringing awareness to the opioid epidemic on Staten Island, which claimed a reported 110 lives in the borough last year alone. He donated that purse to a non-profit named BIGVISION which helps young adults lead a sober life. Melson had 18 professional boxing matches, and Melson donated 100 percent of his purse 18 times, because of his intrinsic need to help human beings overcome suffering.

His commitment to this cause has not come easy. He has had four shoulder surgeries, two nose surgeries, broken his left hand, fought twice with kidney stones, suffered lacerations on his face, broke one of the orbital bones above his left eye, suffered a tear to his retina in his left eye and suffers from plantars fasciitis, as well as other lingering injuries.

While boxing, helping his girlfriend at the time walk again, and working full time, he heard about Dr. Wise Young. Young, named “America’s Best in Spinal Cord Research” by TIME magazine in 2001, is the Chairman of the W.M. Keck Center for Collaborative Neuroscience at Rutgers University in New Jersey. Since 2008, Young was trying to begin clinical trials in the U.S. which would use umbilical stem cells to treat chronic spinal cord injuries. He first conducted this specific medical study in China. The study’s results were published in the May 2016 edition of the American medical journal “Cell Transplantation.” This study found that using their treatment, 15 out of 20 patients paralyzed an average of seven years, regained their abilities to walk at least 10 meters with a walker, and 12 out of 20 had their normal bladder and bowel function return.

Young’s clinical trials needed two things: funding and FDA approval. From there, Melson’s crusade began. With his promise as motivation, he began to box professionally. He has helped to raise over $400,000, and he and his best friend created a non-profit named Team Fight To Walk.

The nonprofit took off and the funding was slowly but surely coming in. The next challenge was getting FDA approval. Melson says these experiences are what made him decide to run for office. In 2014 and 2015, Melson joined Dr. Young first in Albany and then in Washington, to ask for funds and, more importantly, FDA approval to conduct clinical trials.

He vividly recalls his frustration of watching these medical and scientific experts have to defend themselves and beg and plead with politicians who had little understanding of what they were listening to. After these experiences he realized; if he was really going to help people, he needed to run for office.

Along this journey, Melson also got involved with another cause close to his heart: the opioid epidemic on Staten Island. He learned of a Non-Profit named BIGVISION. As someone who experienced addiction firsthand in his own family, he knew how much of a challenge it could be and knew he had to do something to help them. Melson decided to come out of retirement for one last fight to raise money for BIGVISION. Additionally, in March 2017, with the help of Rustam’s Boxing Gym and DeMarco’s Boxing Gym on Staten Island, Melson began hosting free weekly boxing clinics on Staten Island for people dealing with drug addiction.

Melson’s focus now is to fight for the people. He is running as a Democrat in the 2018 Congressional election. He would describe his political views as moderate or centrist. Even though he is running as a Democrat, he is open to ideas from all sides. He detests the political dogma that has stagnated Washington and wishes for compromise for the sake of the American people. His immediate goals if elected are to end the opioid epidemic, taking care of our nation’s veterans, reducing crime, taking care of our nation’s public servants, improving our healthcare system, and improving the lives of the poor and minority communities- especially in the classroom.

But his biggest motivation is to help the people that are hurting most. He has no illusions that every decision he makes will be perfect, there will always be people who disagree or are hurt. His focus, after the dust clears and we see who was helped and who was hurt, will be to focus on those who were unintentionally hurt by any of his decisions. Those people are his focus. Melson is tired of hearing our nation’s leaders flaunting only the numbers showing who they helped. If they are helped already, then move on, and focus on who is still hurting. It doesn’t matter how many people you help, he says, but how many you hurt, and making sure you help them too.