There's something missing in the sentiment of #AllLivesMatter 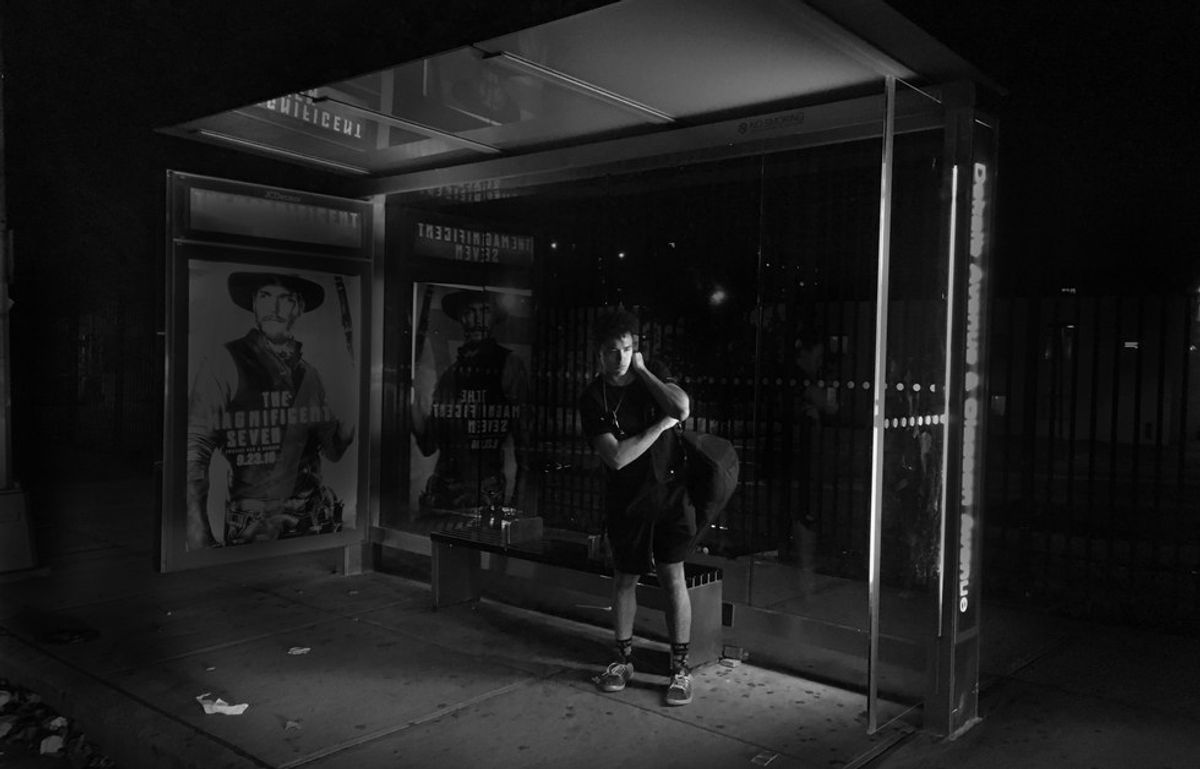 This weekend I had the opportunity to watch the cutest dog, Orlando Richard, while his parents were away (See Orlando’s Instagram Here). I brought my black duffle bag to spend the night, and it was packed tight with textbooks, my laptop, and clothes for the weekend. On Sunday, I was lugging this big bag around as I was transiting around Manhattan: To Tribeca for Church, SoHo for Coffee, Randall’s Island for a Soccer Game, and Union Square for Hillsong. When I was in public places or on the subway, I started to get weird looks. Were people observing me simply struggling to carry this heavy weight, or were they thinking something else. I’m a young male, half Mexican and half Caucasian, with tan skin and course, curly hair. I’ve been told I look Moroccan, Indian, Greco, Portuguese, Arabic and more. When a nineteen-year-old male steps onto your train, wearing all black and carrying around a stuffed duffle, what do you think? With the recent bombings in Manhattan, your awareness and fears of terrorism are amplified. What do you think of this young man?

At the same time, I have to step back and realize where I’m at. Being mixed, I can enjoy being white when it’s advantageous and enjoy being Mexican, or a minority, when it’s advantageous. I come from a middle class household. I go to a great college. I live in New York City. I am Privileged. Regardless of who I see above me on the societal ladder, I’m still pretty high up and I was born into this. Simply being born into a good situation has made me a racist, a sexist, a classist. I have a blind spot for those people who know others are looking at them weirdly, just like I felt this past weekend. The difference is that some people have this thought everyday of their lives, wondering how they’re being perceived and judged by those around them. The duffle bag metaphor not only is an object of fear for those observing, but a heavy burden for those carrying.

The black duffle bag benefits no one.

Unless we carry it together.

“All lives matter” sounds good, really good, in theory. I wholeheartedly agree with that phrase, at least when it’s disconnected with the context of our current situation. But as a juxtaposition to the statement of “[insert minority] lives matter”, it is used as a ploy to hide the current problems we face. An All Lives advocate argues that all lives are equal. A minority advocate agrees. The difference is the urgency of the situation, because minority lives aren’t being treated equally. Carl Lentz, my pastor at Hillsong Church here in NYC says this,

“At THIS church, we are not saying 'all lives matter' right now because this is a logical assumption that most reasonable people agree with. All lives are not at risk right now. We ARE saying BLACK LIVES MATTER. Because, right now, black lives apparently are worth LESS on our streets. It's "our fight" not "their fight.”

Correct me if I’m wrong, but much of the “All Lives Matter” conversation is generated from those who are White, Conservative, and often times, Evangelical Christians (of which I fall into 1.5 of these categories). While the last thing I want to do is to degrade you for your race, your ethnicity, or your religion, I do want to share a parable from one of my favorite teachers:

Jesus answered by telling a story. “There was once a man traveling from Jerusalem to Jericho. On the way he was attacked by robbers. They took his clothes, beat him up, and went off leaving him half-dead. Luckily, a priest was on his way down the same road, but when he saw him he angled across to the other side. Then a Levite religious man showed up; he also avoided the injured man.

“A Samaritan traveling the road came on him. When he saw the man’s condition, his heart went out to him. He gave him first aid, disinfecting and bandaging his wounds. Then he lifted him onto his donkey, led him to an inn, and made him comfortable. In the morning he took out two silver coins and gave them to the innkeeper, saying, ‘Take good care of him. If it costs any more, put it on my bill—I’ll pay you on my way back.’

“What do you think? Which of the three became a neighbor to the man attacked by robbers?”

“The one who treated him kindly,” the religion scholar responded.

Glorie Martinez
5621
Why I Write On Odyssey