Why You Need To Stop Saying 'All Lives Matter'

Why You Need To Stop Saying 'All Lives Matter'

There's a problem, and we need to acknowledge it. 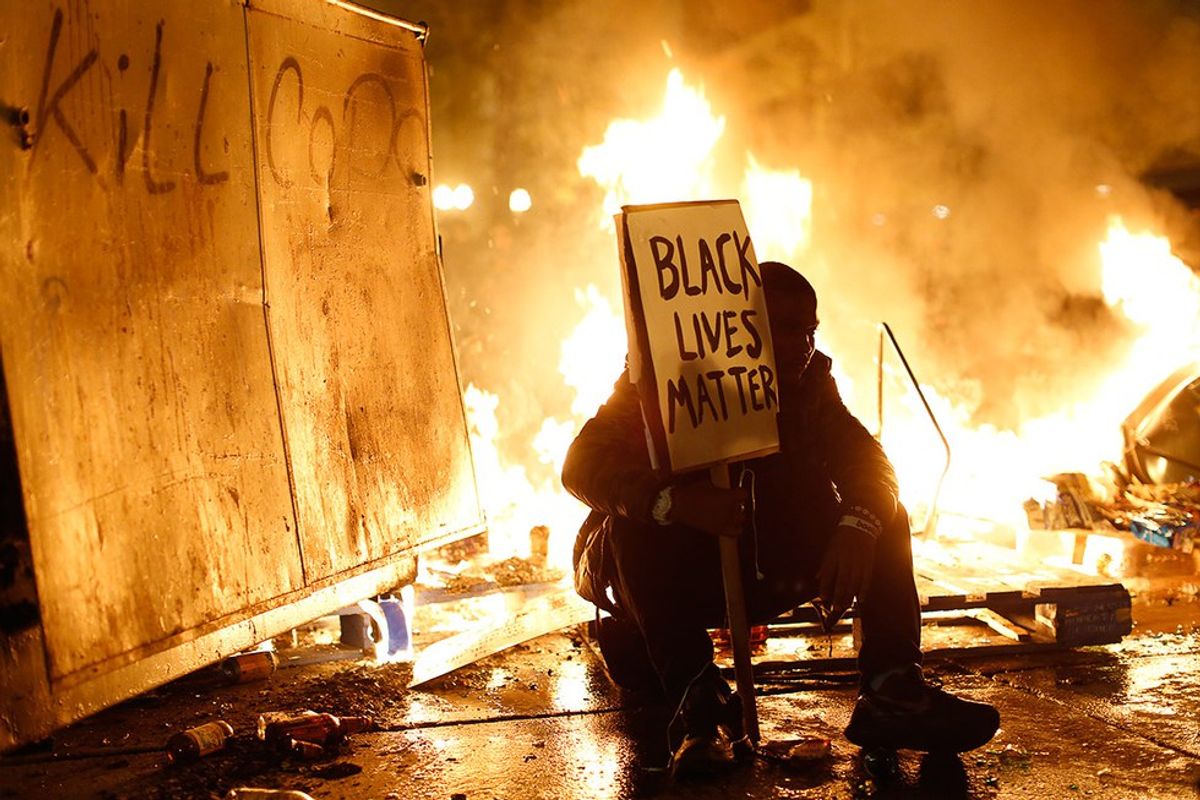 My freshman year of college I took a class that pretty much changed my life. The class was called “Education in a Diverse Society” and it blew my mind every Tuesday and Thursday for a whole semester.

It was a class for education majors, so we talked about schools and teaching. However, we mainly talked about issues that affect our biases as educators. For the first time in my life, I sat in a classroom and had an open discussion about race.

It changed my outlook on a lot of things. I was raised in a household where everyone was equal. I wasn’t raised to hate anyone, especially based on race. However, I have racial biases that I had never realized before.

We as white people operate within the institution of our society with something called privilege. We are set up from the moment we are born to have more opportunities that those who are born non-white. It’s a sad fact, but we have to acknowledge it.

That’s an accident of birth. It is no more our fault that we are born white than it was Alton Sterling’s fault for being born black.

My professor had a certain saying that she often repeated when we tried to argue about how responsible we personally were for oppression. She often said, “Intent doesn’t matter.” It doesn’t matter whether or not we actively choose to oppress another person; the end result is the same.

“That doesn’t mean out lives don’t matter," you say.

“Black lives matter is racist against whites,” you say.

Our society already knows that white lives matter. When I am pulled over in the middle of the night, alone, I am not afraid that the police officer is going to brutalize me or shoot me. I am afraid that I’m going to get a speeding ticket and my dad will get mad.

When I’m walking home from a party with friends, I’m not afraid that I will be arrested for no reason or beat by an officer. I’m afraid that I’ll trip and break a heel.

When I see blue flashing lights behind my car, I think of how I can get out of a ticket. I don’t think of whether or not I’ll make it out of the altercation alive.

I cannot speak to what it feels like to be black. I can’t put myself in the shoes of a black man being beaten by police, and I can’t pretend to understand how a black mother feels when receiving the news of her son’s death.

“All Lives Matter” is part of the problem.

I encourage you to be more aware; next time you see a news article of a black person being brutalized, read it.

Next time you see a video of a black man being shot, watch it.

Next time the news is showing a protest, stay on the channel.

Accept your own role in society as an oppressor.

Start talking. Start reading, and educating yourselves. Accept the fact that you’re probably at least a little bit racist, even if you don’t want to be. Be aware of your biases and actively fight against them.

All lives matter, but black lives are in danger. And unless we actively work to change this, things can only get worse.

Madison Franz
The Narrative
1113482
Photo by Brooke Cagle on Unsplash

Madison Franz
The Narrative
652444
Photo by Manny Moreno on Unsplash