The Best Big Ten Football Games You Can't Miss In 2018

Saturdays might be for the boys, but for the rest of the country, Saturdays are for college football. 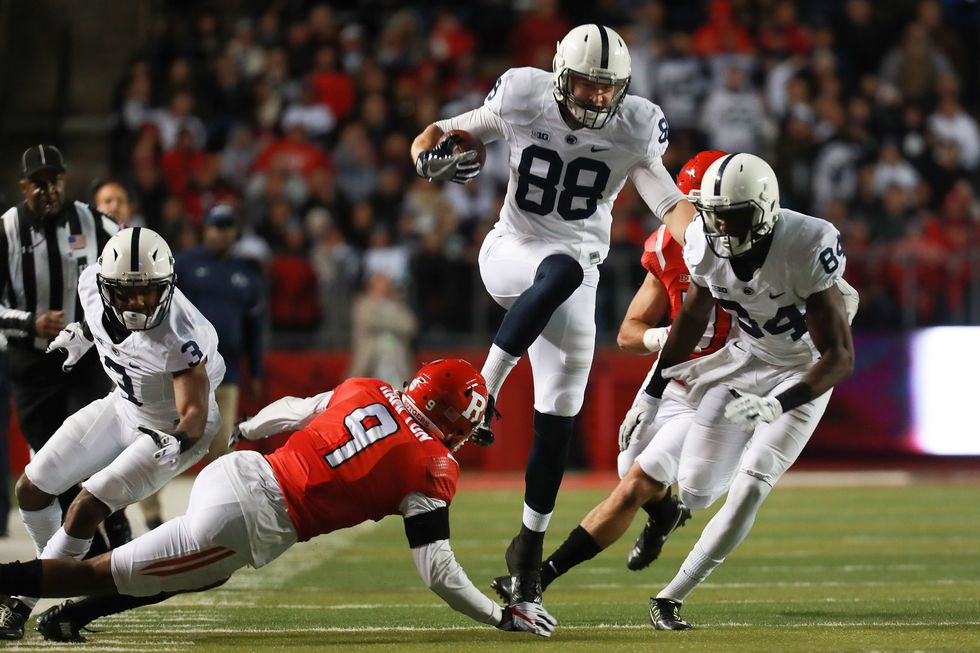 The Big Ten Conference has been notorious for making headline news the past few years, which forces the conference to campaign harder than ever before to make the playoffs. With Ohio State taking the most recent fall, not only does it affect the Buckeyes, it's likely going to be a major game changer for the entire Big Ten race to post-season play.

The conference doesn't hold major contenders like Auburn or Alabama but the Big Ten still arguably one of the strongest conferences in all of college football and these must-watch Big Ten match-ups can testify:

It's Scott Frost's first conference game as Nebraska's new head coach at his alma mater. There's some history between these two teams going all the way back to the Fiesta Bowl in 1986 where ironically enough, Michigan's head coach, Jim Harbaugh, was the Wolverine's starting quarterback for the 27-23 victory against the Cornhuskers.

Last season the Hawkeyes got demolished by the Badgers, only 66 total yards in last year's 38–14 loss. If there's any saving grace for the chance to gain some inches in the Big Ten West, it's pretty promising that Iowa will be out for blood.

This match-up is usually scheduled for later on in the season but the tension will be higher than the norm. For the past two seasons, this game decided both the Big East Division and Big Ten champion. The last time the Buckeye's were at Beaver Stadium, the Nittany Lions came out victorious with students and fans charging the field. This will also be the first conference game back for Ohio State's Urban Meyer following his suspension.

This match-up in Evanston comes exactly one week after playing Wisconsin and approximately three weeks before heading to Columbus, but luckily for Nebraska has won four straight and six of the last seven games in this rivalry, which is promising for a solid four quarters.

The Nittany Lions have a tough schedule this year and having a week off following their game against Ohio State going into the match-up against Michigan State doesn't help. The Spartans have won four of the last five meetings in the series, highlighting last year's tough loss where they defeated Penn State, 27-24.

Michigan hasn't been given much love when facing the Spartans, marking a 1-5 record for head coach, Jim Harbaugh. Michigan might need more than just a few Hail Mary's considering they've only scored over 23 points once in the last 10 meetings of this series.

The Spartans have lost their last six home games against Ohio State but it's extremely likely that they've just about had enough, coming out of a major beating of 48–3 last season in Buckeye territory.

Purdue should have lots of consistency going into their second season under Jeff Brohm. It helps that the Boilermakers beat the Hoosiers 31–24 in their showdown last season but knowing Indiana head coach, Tom Allen, it's safe to say one of their main season goals is taking back the 'Old Oaken Bucket" with a win at Ross-Ade Stadium.