A Beginner's Guide To Understanding Football

A Beginner's Guide To Understanding Football

Football is a complicated sport. Here's the basic information to all that's going on. 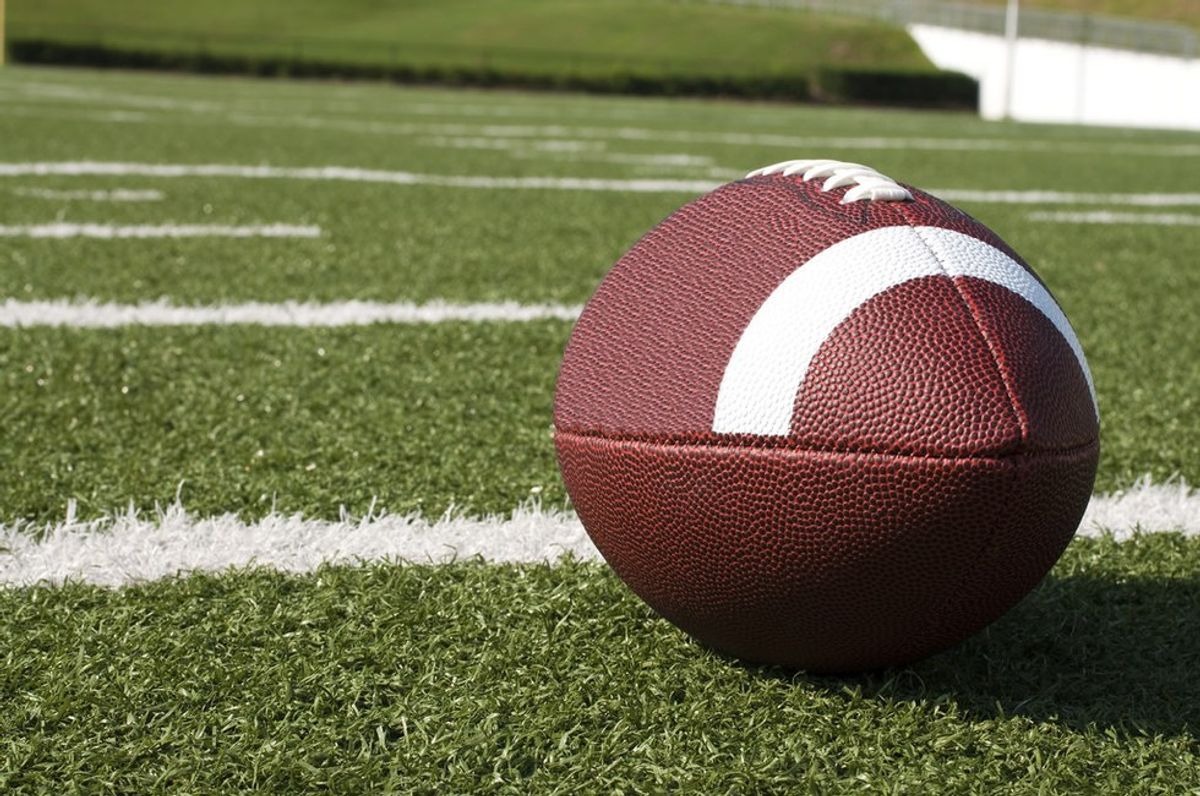 Football is a complicated sport. Here is a guide to help you understand America's favorite sport!

The football field is 100 yards long. There are strips running down the field at 5-yard intervals. Then there are shorter lines called “hash marks,” these are marking each single yard interval down the field. On each end of field, there are “end zones" which are both ten yards wide, making the field a total of 120 yards long and 53 and 1/3 yards wide. The spot where the end zones meet the playing field is referred to as the “goal line.”

Football is made up of two teams playing against each other. Each team is allowed to have eleven men on the field at any given time. More than eleven results in a penalty. Players are allowed to enter the field whenever the play is “dead” — stopped. Each team has an offense and defense and a special teams.

The offense is known as the team that has possession of the ball momentarily. They are made up of eleven men, that usually consist of a quarterback, running back, wide receivers, and offensive linemen.

The quarterback is the person that controls how the offense runs. He is the player who receives the ball from the center at the start of each play. Then he proceeds to either throw the ball to a receiver hand the ball off to the running back or full the ball himself.

A running back is an offensive player who generally lines up behind the quarterback and his general responsibility is to run the ball when he has possession of it. He can also catch the ball like a receiver.

The group of offensive players then line up on the line of scrimmage and block for the quarterback and the ball carrier.

On the defensive side of the ball, there are linebackers, defensive backs and defensive linemen. Their job is to stop the offense from moving forward with the ball.

A linebackers job can be to stand behind the defensive linemen or set themselves up on the line of scrimmage. Both to help stop the run, rush the quarterback or help cover the wide receivers if the quarterback is passing. All depending on the type of defensive strategy being used

The defensive backs primary responsibly is pass coverage, which means guard the receivers when and if a pass is thrown to them. Sometimes if they're needed they can also help stop the run or rush the quarterback.

The Object of the Game

The object of the game is to outscore the opponent. This can be done by moving up the field and scoring as many touchdowns or field goals as possibly resulting in more points than the other team. A “touchdown" is getting in the other teams end zone. That equals six points plus an extra point kick. If the opposing team stops the team before they get into the end zone then there is the option to kick a “field goal” if they're close enough. That results in three points.

I hope this help your understanding of football!