When To Limit An Athlete To One Sport?
Odyssey

When To Limit An Athlete To One Sport?

There is no real answer. 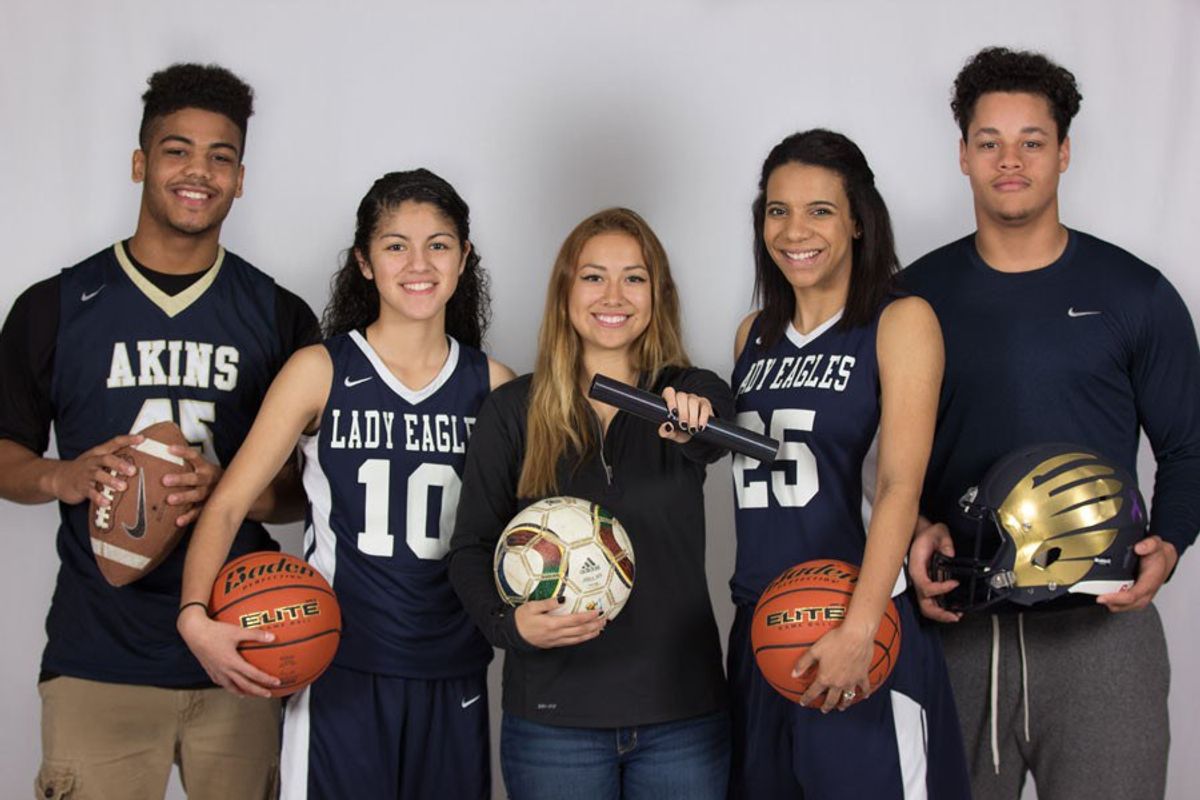 This is a question that doesn't really have a clear answer. Whenever you have incredibly athletic kids, sometimes it can be hard to choose when it is time to pick a sport and stick with that one or let them play all of them.

This was what my parents struggled with when my sister and I were growing up. Being the oldest in my family, I do not think that they expected me to be as athletic as I turned out to be. My first year of soccer all I did was kick the ball out of bounds because I thought that was a good thing. One day I guess a switch flipped and I became fast and talented. My sister had to go to my games, and being only eighteen months apart she looked up to me and wanted to play soccer as well.

Soon after I was playing all of the sports, as was my sister. We were playing softball, basketball, soccer, and volleyball. I remember my other friend's parents told them to pick one or two sports and only do those. My parents never made me or my sister do that. I liked all of them and I was good at all of them. Every season I had something new to look forward to. Also, I don't think that my parents had the heart to make me give up one.

My sister ended up quitting softball in third grade, narrowing her down to only volleyball, basketball, and softball. She didn't seem too upset about it, but there was no way I wanted to quit softball- I loved it, so I kept playing. However, because my sister quit she was able to focus more on other sports. We were very young, but my sister was attending more and more soccer practices that I wasn't able to attend over the summer because of softball. She was getting faster, more in shape, and had better ball skills.

Freshman year I went into high school and finally had to make a decision. Softball and volleyball were the same season and I had to choose between one of them. I was completely torn because although I was better at volleyball, I enjoyed softball more. I ended up going with softball. I missed volleyball a lot, though, but I also enjoyed the season that I played in softball. That freshman year I also played basketball and then soccer.

The next year, I let my friends talk me into playing volleyball instead of softball. I went to volleyball practice and was excited to finally make a comeback and play again. However, being there was kind of boring and I immediately wished I would have gone to softball instead. I dealt with my decision and kept going with my volleyball tryouts. We had to run the mile in volleyball. I've always had a lot of stamina and could run pretty fast, so I finished first by about a lap. This is when the cross country coaches approached me and asked me to run cross country instead of playing volleyball. I went home and thought about it, then decided that cross country was probably a lot better for me, so that's what I did.

Cross country season was fun. I learned a lot of new things, but it was also very tough. Out of all the sports I played in my life, cross country was probably the most difficult. I was going to three practices in one night (cross country, basketball, and soccer), hardly eating, and staying up until one o'clock in the morning to do homework. My legs started failing on me and it was incredibly hard to keep up. After this cross country season, I decided it was time to cut down to two sports: soccer and basketball. It was weird having a break in the fall, or somewhat of a break because I was still playing soccer that season as well. It was something that I wasn't used to, though. I got bored.

My sister is an example of singling yourself to one sport. She went into high school and didn't want to play volleyball at all and by her sophomore year she decided basketball was too much so she quit that as well. She was able to only focus on soccer and nothing else. Because of this, she got a lot better and faster and stronger in soccer.

The difference between my experience in sports and hers was I was playing to have fun and she was playing to go somewhere. I didn't have the mental focus to only play one sport, I loved them all. Although I was passionate about soccer, I was also passionate about basketball and the other two sports. She wanted to go division one in soccer. She had a goal in her mind and did what she needed to do to get to that goal. I had the memories of being a part of five different teams in my high school years. I have a memory from every sport and every season I had something new to look forward to. I didn't end up where my sister did though, because my time was split between multiple sports.

I know my sister wouldn't have it any other way. She loved soccer more than anything else in this world. She was very good at it. She ended up going to Indiana State University on a soccer scholarship. She ended up breaking many records for her high school team, and being the star. She reached her full potential, or at least got very close to it because she completely dedicated herself to that sport.

I, also, wouldn't have it any other way. I got to experience a little bit of everything, and I enjoyed all of it. Every season I had something new to look forward to. I was the most in shape I had ever been in my life from the sprints, long distance, and weight training all combined. I never peaked, though. I never reached what I really could have been in basketball or soccer because I was always focused on something else in the off season. This didn't matter to me, though, because my heart was truly in every sport that I played. When I didn't come back for cross country my junior year, I did start to focus more on soccer. This was when I started to get burnt out. It was too much and I started to not feel the same. If I would've played a fall sport, I honestly don't think I would have been burnt out on soccer. I would've been dying waiting for the season to start.

So, if you have a kid who is extremely athletic, or if you are that kid who is extremely athletic, ask yourself what your goal is. Are you playing these sports to have fun and experience high school or are you looking to go to a division one school and be extremely competitive? Do you truly have a passion for all the sports you play, or do you dread going to the practices and games of one of them? Are you the type of person that would get bored or burnt out only playing one sport or do you love that one sport enough to where you will never lose interest in it? No matter what decision you make, if its to cut out all the sports except one or play them all, you won't regret it.

Caitlin Marie Grimes
University of South Florida
6710
Beyond The States