Using theories of the everyday to unearth the significance of a simple parade. 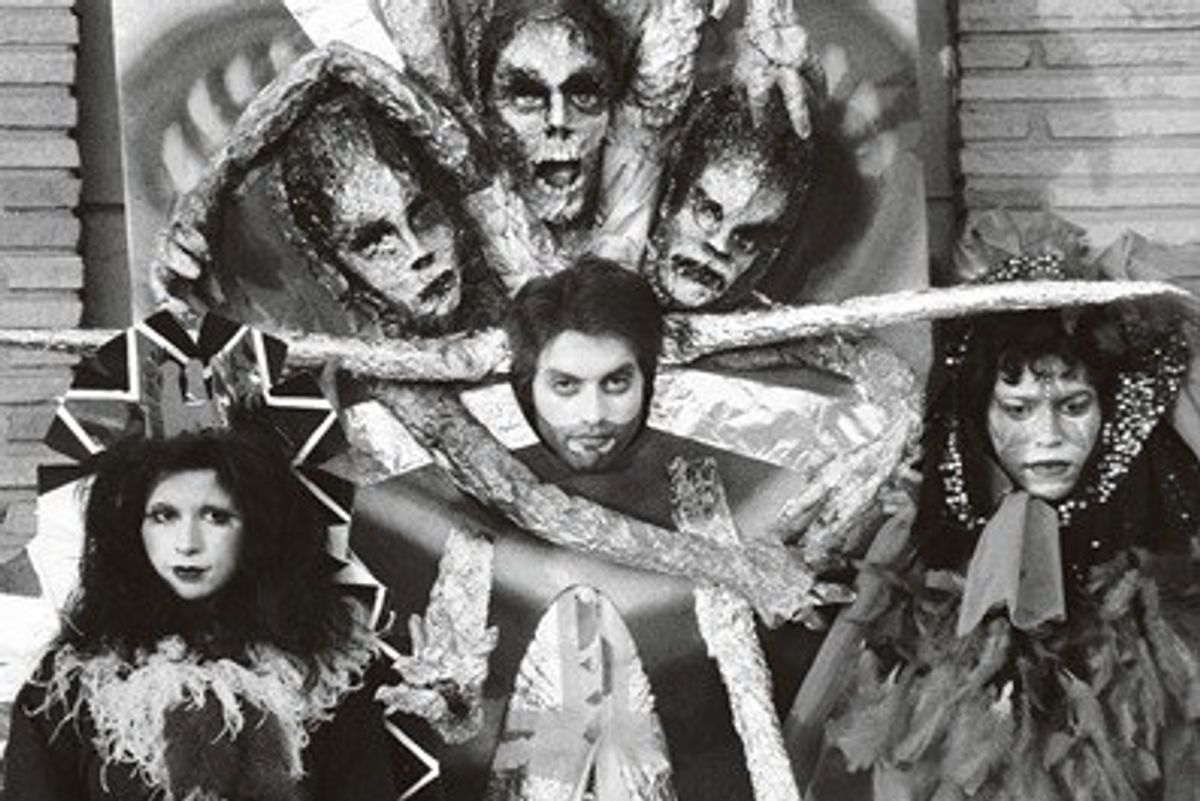 Guy Debord, the founder of Situationist International (SI), focused on theories of the everyday in his manifesto for the group. In part, this manifesto was inspired by fringe artistic movements of the past, such as the Dadaists and Surrealists, and subsequently featured ways to make “strange” the everyday in order to disrupt the institutionalized relationships created by “the spectacle” (or commodity of consumption). Now, imagine you are walking down the street one day, trying to get from point A to point B in order to complete your daily tasks, when you see a group of three Chicano/a individuals dressed up in elaborate costumes partaking in a procession. In its own right, this sight would be considered a spectacle, a visual experience worth stopping and consuming. But upon further examination, the ways in which this piece, "Walking Mural," appropriates and transforms components of both Mexican and American traditions in order to articulate the double alienation experienced by Chicano/a individuals situates it instead as a counter-spectacle. Thus, this piece becomes a source of intervention in the cultural identities created by the spectacle by crafting a new sort of spectacle that changes the understanding of and relation to Chicano/a identity politics. In this way, the counter-spectacle can be seen as functioning in SI tradition of the detournement (which translates to a diversion or disruption), or “the integration of past artistic production into a superior construction of milieu.”

"Walking Mural" was a literal walking performance piece in the form of a “phantasmagorical” parade performed by Los Angeles-based Chicano/a art group ASCO on Christmas Eve, 1972 in East Los Angeles. ASCO member Harry Gamboa, Jr. documented the work in photographs, as was common for the collective. Within these photographs, we see three Chicano/a artists dressed up in varying religious and artistic costumes: the Virgin of Guadalupe (in black), a chiffon Christmas tree with ornaments included, and a multi-faced mural come to life. Each of these likenesses repurposes various components of American and Mexican customs, and with the piece being performed on Christmas Eve, the perfect bridge is created between American and Hispanic culture, rooted in their sameness in terms of religiosity.

As this piece deals directly with concepts of the alienated identity of Chicano/as, it is not one that could be performed by other cultural groups without being tweaked to their cultural traditions and the tensions those have with American culture. In this way, the work seems, upon initial cultural reading, as if it could be performed by other Chicano/as who fall outside the traditional understanding of Mexican and American culture. However, there is underlying artistic critique (as noted in mural reference of the title) in the appropriation and animation of the artistic mode of the mural, which is seen as the most highly regarded Mexican art, but has erased the space for Mexican and Mexican-American artists who want to break from such a propagandistic (in other words, institutionalized) mold. Consequently, by intersecting religious art styles with muralistic ones (as well as contemporary performance) the mural becomes an entirely new cultural project for the new cultural group of Chicano/as. This critique makes the performance less accessible to be performed those who are not specifically Chicano/a artists attempting to change the artistic traditions from which they stem.

In regards to the audience for the piece, it is tied directly to the location. Being in East Los Angeles meant there was definite potential for violent reactions to the piece, as this is a locale of more traditional conservative Mexican culture. There was also potential for police involvement due to racial profiling within this area of the city, and because the performers were not white, the police could possibly have become violent as well. The dual American and Mexican viewership for this piece only continues the message of double alienation Chicano/as face; by questioning the validity of culture and religion that both groups hold near they are giving the metaphorical finger to the two different institutions that exclude them and are aware of the possibly dangerous consequences, similar to those they face in their difference daily.

Other theorists of the everyday could see their ideas utilized in this piece as well, although they all work to the same end of performing a detournement of spectacle. Michel de Certeau’s idea of tactical poaching, or customization of the structures in which we live, is used to hijack the idea of Chicano/a-ness and make it individual. This concept is only heightened by the fact that the individual artists did not confer with one another about what outfits they would wear prior to the performance. (This lack of preplanning also plays with concepts of chance common in the Dada and Surreal bases for Situationist theory.) Additionally, the concept of poaching can explain the use of the nationalistic ritual of parading, both an American and Mexican tradition being used to call attention to and critique the nationalism it heightens. The aforementioned notion of rituality connects this piece to the writings of Henri Lefebvre, as well, who assumes that the everyday is simply an internalized institutional rhythm and that such rhythm must be disrupted by the special ritual time that places individuals back in their communities, such a parade does. Rita Felski further emphasizes this idea of space producing relations and vice versa by explaining the gendered construction of space that is maintained by repetition of action within it. Therefore, by breaking the norms of parades in this work, the artists are seen as breaking down relations that urban spaces demand and making new, more fluid identities to which such relations can be attached.