The National Organization for Women has been fighting for Women's Rights for decades. 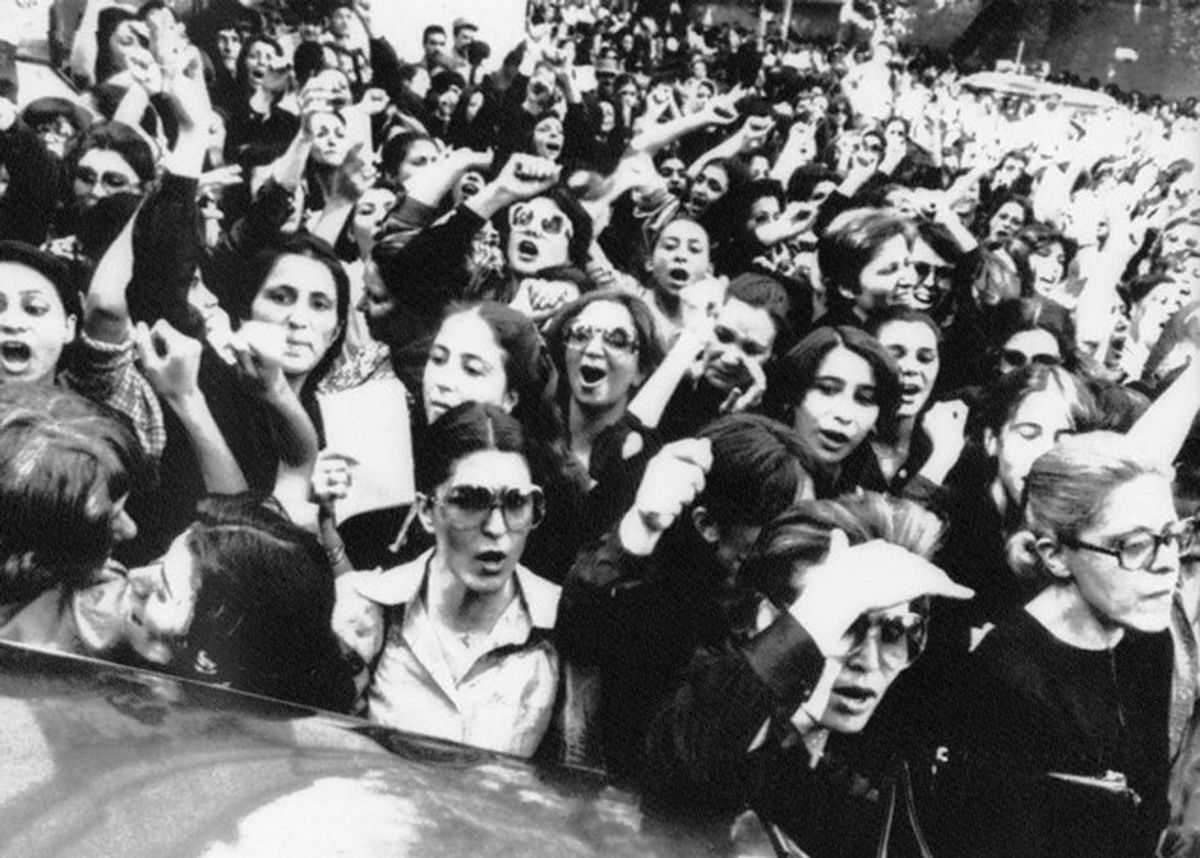 The National Organization for Women was originally founded in 1966 at the Third National Conference of Commissions on the Status of Women. The twenty-eight founding women included feminist pioneer Betty Friedan, Shirley Chisholm, and lawyer Mary Eastwood. NOW was founded in the wake of the creation of the Presidential Commission on the Status of Women, which brought together many politically motivated women to work together on an issue that affected all of them. The commission itself also revealed just how many injustices women faced both then and now. Today, NOW is the largest organization of women’s rights activists in the United States.

In the wake of the Presidential Commission, the Equal Employment Opportunity Commission also failed to enforce Title VII of the 1964 Civil rights act, namely the part that forbids employers to discriminate on the basis of race, religion, national origin, or gender. Additionally, the groundbreaking book ‘The Feminine Mystique’ was published the year before. All of these factors combined created the environment in which the National Organization for women was formed. Reportedly, NOW’s original statement of purpose was written by Betty Friedan on a napkin in her hotel room, which was then signed by the original members. According to her New York Times obituary, Friedan was, “determined to start a progressive organization that would be the equivalent, as she often said, of an N.A.A.C.P. for women.” Many of the other leaders of NOW and the feminist movement generally were similarly inspired by the Civil Rights movement.

The founders of NOW were primarily highly educated and economically privileged, traits that are predominant amongst the organization’s members today. NOW wasn’t a radical feminist group, and therefore many radical organizations quickly distanced themselves from them. NOW was, and is, a structured mass-movement group, which means its members were less radical, older, and had more ‘life experience’ .

Betty Friedan, author of the Feminist Mystique, was the first president of the National Organization for Women. Some of their original key issues were marriage and family law (such as divorce and gender roles), women’s rights within the greater human rights framework, and “double discriminations” (now known as intersectional oppressions). Some of the many issues NOW aims to address are reproductive rights, economic justice, ending violence against women, creating constitutional equality, and LGBTQ rights. The ‘problem’, as the group defines it, is that women are not treated as equally to men on a societal level.

Their 1980s activism eventually culminated in the 1994 supreme court case NOW v. Scheidler, a civil suit filed against groups which attack abortion clinics. The court eventually ruled that the Racketeer Influenced and Corrupt Organizations (RICO) Act could apply to organizations without economic motives, which would mean that anti-abortion protesters could be prosecuted under it.

NOW originally focused more on activism, which has shifted as the organization has evolved and become more mainstream. NOW did not begin as the streamlined organization it is today. Its original members had more media experience than organizational experience, which made it extremely good at getting publicity but less good at causing change.

NOW’s first picket was August, 1967, in protest of the New York Times’ gender-segregated help wanted advertisements. NOW began “Take Back The Night” marches and vigils, beginning the movement against violence against women and sexual assault, in 1973. As the New York Times remarked, “One of NOW's most visible public actions was the Women's Strike for Equality, held on Aug. 26, 1970, in New York and in cities around the country. In New York, tens of thousands of woman marched down Fifth Avenue, with Ms. Friedan in the lead. (Before the march, she made a point of lunching at Whyte's, a downtown restaurant formerly open to men only.) Carrying signs and banners ("Don't Cook Dinner -- Starve a Rat Tonight!" "Don't Iron While the Strike Is Hot"), women of all ages, along with a number of sympathetic men, marched joyfully down the street to cheering crowds.” [Fox, 2006]. Many of NOW’s early marches and pickets were well attended, which continues to this day. Despite setbacks such as the failure of the Equal Rights Amendment, NOW has continued to be fairly successful in its endeavours despite the shift from traditional protests to wider reform efforts.

By publicizing issues such as domestic violence, NOW brought so-called women’s issues into the mainstream media. The national organization for women named these issues and constructed them into a frame that made them seem relevant to ordinary people. The National Organization for Women first framed women as people, rather than as an entity that is less than men, and the framed women’s rights as a part of human rights rather than separate. NOW also made a point of reaching out to ordinary women through consciousness-raising groups and other local organizations before creating local chapters or in places where such chapters did not exist

NOW popularized the academic feminist saying, “The personal is political” - because women have been historically regulated to the public sphere (or the home), they have, “been made to feel that [their] problems are theirs and theirs alone.” The “big insight” of the women’s movement was that the personal was political, that these problems that felt small and personal were actually a sign of greater social dysfunction. NOW’s work solidified that feeling of the early women’s movement into a functional organization that has lasted over fifty years.

While the ‘bra-burning’ of women’s liberation is largely a myth, some early members of NOW did burn their post-graduate degrees after they realized they had learned little to nothing about women over the course of their studies. Some of these women had PhDs. In history.

NOW has also discussed women’s portrayal in the media since its inception. In their 1967 Report of the Task Force on the Image of Women, NOW reported they were unhappy with the portrayal of women in the media. They aimed to combat that portrayal, and by doing so further their cause, by, “We feel that we must be able to present a plethora of new images of women to supplement the aproned mother. The vital career woman is one. There are many more. [...]And concurrently with presenting new images of women, we must develop and present new images of men.”

NOW has actively worked towards framing women’s rights issues as a problem which it is actively working towards resolving, a ‘Collective Action Frame’. They were among the first to give name to many women’s rights issues- at the very least, their media adeptness helped popularize pre-existing ‘names’ that were not popularly known. The act of popularizing these names helped foster agreement and action, or consensus and action mobilization.