An Open Letter To The Coach That Pushed Me
Odyssey

An Open Letter To The Coach That Pushed Me

There were days I thought you were going to kill me, but really you made me stronger. 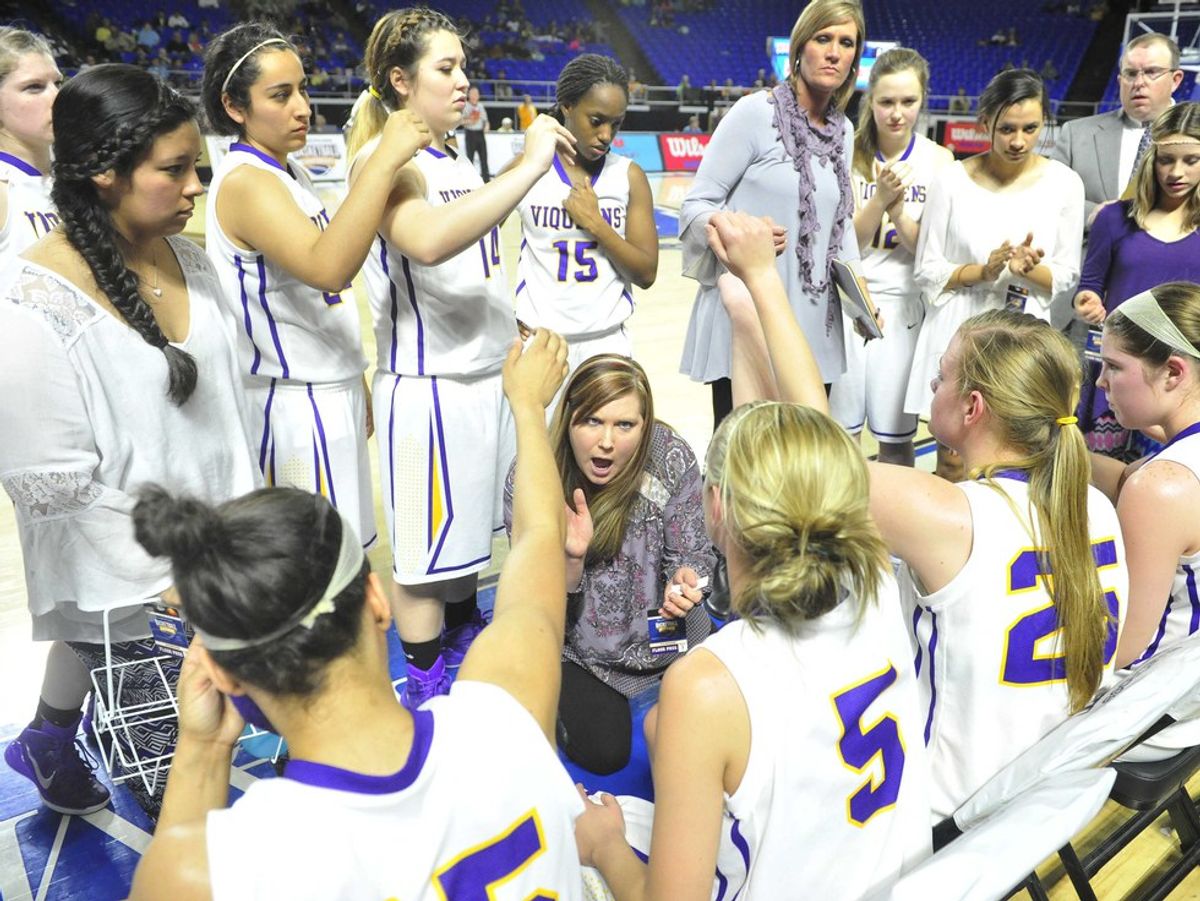 The thing that separates a good coach from a great coach is knowing your team, and not just in the “she can knock down a three” kinda way but knowing each player as a person. At the time I played for you, I didn’t know that, but now I understand that the reason why you pushed us so hard was because you weren’t just out to make exceptional basketball players out of us but exceptional people too.

There were many days that I dreaded practice like the plague. We’d all already heard that one of us had gotten in trouble, and we knew that we were all about to die for their stupidity. We might as well just start running as soon as we were stretched. But as much as we complained to each other and cut our eyes at you, we were learning that in life, many times you suffer the consequences of the actions of others, and that’s just how it’s always gonna be. Who knew those sprints were more than cardio?

Some days you’d show up to practice, and I could have sworn that you hated me. It seemed like I couldn’t do anything right, regardless of how hard I tried. But no matter how terrible it was or I was, practice always ended just like the trials in your life are always going to come to an end too. Sometimes it feels like life has a great big ole target taped to your forehead, but those days don’t last forever, and I know that it’s going to be alright. And the next day at practice, I might even get hot, and shoot the lights out.

There was absolutely no being late or MIA on your team. If practice was at 4:30 that really meant that we should be there at 3:45 dressed and ready to go. If you showed up at 4:15, you were already late.

You simply did not miss practice. You just didn’t. I came to practice with strep throat on more than one occasion. It was that important that I be there. I can’t even tell you how many times that I’ve had a nightmare that my alarm didn’t go off, and I missed morning practice. It was a legitimate concern (even for months after I graduated). You taught me how important it is to fulfill a commitment in my life and to make it a top priority. I learned the importance of time management and sacrifice for sure.

Some days I knew that I didn’t have any more to give. I was exhausted physically and mentally. But you knew that I had more left, and you demanded that I give my all. And somewhere inside of me I found more energy and effort that I didn’t even know existed. I wanted to give up at times, but you refused to let me quit. You were teaching me that life’s not always easy, and a whole lot of times I’m going to think that I have nothing left. But because of you, I know that I do. It’s in there; I just need to push harder.

You demanded perfection, and we weren’t perfect (and neither were our skills). If we were up by 12 at half time, some coaches would have been overjoyed but not you. You wanted to know why weren’t up by 30 because the other team sucked, and we should be embarrassed that people paid money to watch this crap. Of course, you knew real perfection was out of the question, but you were teaching us how successful we could be if we set our expectations for ourselves that high. If you shoot for the moon, you might still land amongst the stars.

Some say that you’re a successful coach because you practice your team so much and have so much natural talent to work with. But I know that it’s because you push your team and your players, and teach them lessons that go beyond the numbers on their backs. You see excellence in each and every one of them and make it your goal to pull that out (now matter how many 1:10’s in a row it takes). There were days I thought you were going to kill me, but really you made me stronger. Thank-you for pushing me.

Caitlin Marie Grimes
University of South Florida
10229
Beyond The States