An Open Letter To The Boy Who Ruined My Trust
Odyssey

An Open Letter To The Boy Who Ruined My Trust

"I don't hate you, I'm just disappointed that you turned into everything you said you'd never be." -Unknown 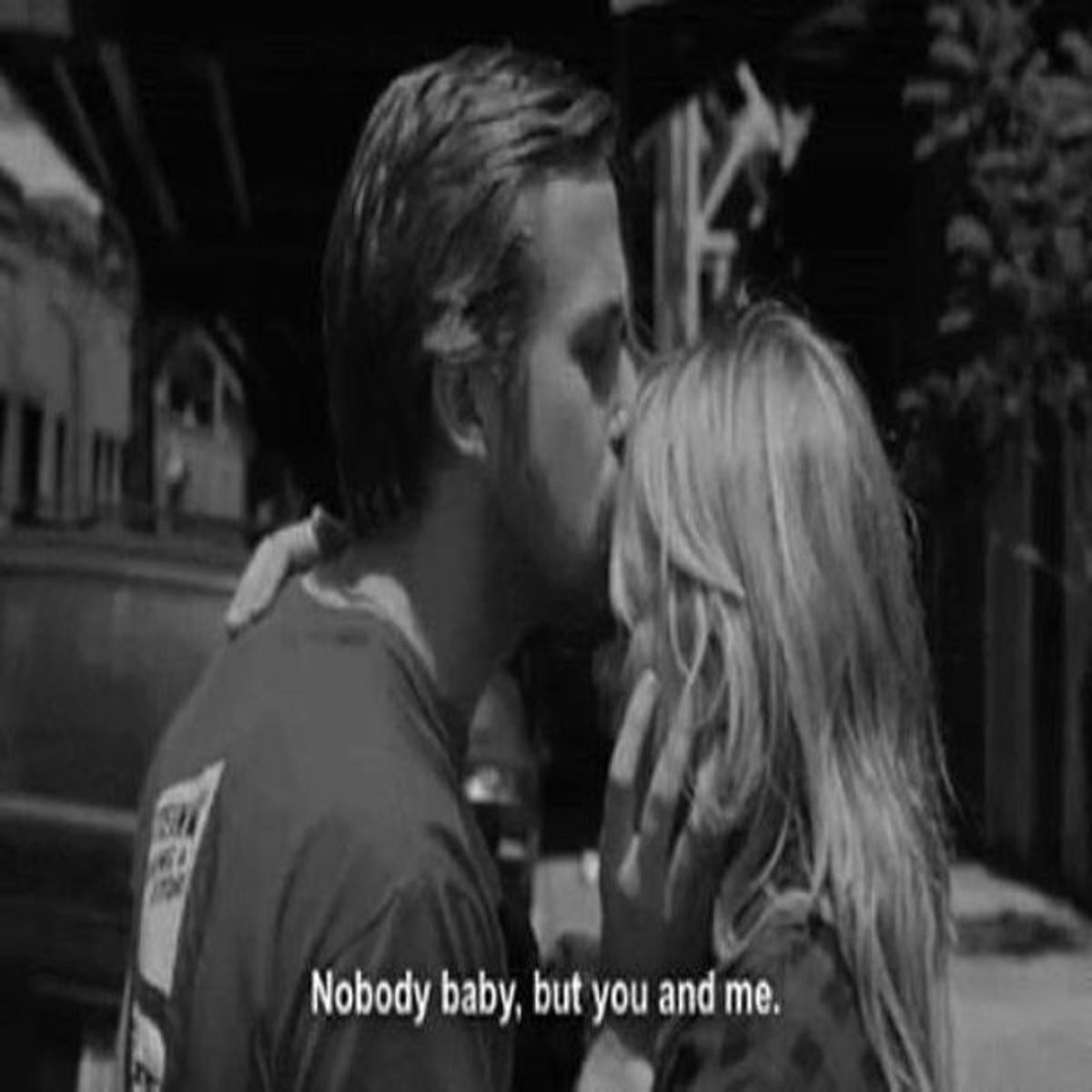 Love should be something cherished, adored and amplifying. From holding hands to making love, it should make you happy and excited to be with someone who you can fall for utterly and deeply. It should be nowhere near destructing, tearful and upsetting but that's what happened to me and it nearly killed me.

"I don't hate you, I'm just disappointed that you turned into everything you said you'd never be." -Unknown

From 16 years old to about 20 years old you will always hear from older people, "you don't know what love is, you're too young". No matter how many times you hear this, it'll make you nothing but angry. There is no such thing as being too young and there is no such thing as knowing what love is for other people. Love is a feeling and is not something that can be measured by outsiders...it is a intimate feeling between two people. One thing that I have learned is that you'll never know what love is until you meet your soulmate. To me, you can easily fall into the idea of love but truly get stuck in lust. I have had two serious relationships and they have both shaped me into who I am today, good and bad. When everything ended with my first boyfriend, I was traumatized and lost. I found myself thinking "will I ever find someone else?" and "will I ever be happy again?" when the obvious answer was, yes

Two years after we broke up, I found someone new who had been there the whole time, but I never noticed and that was you. Everything turned into me being a senior in high school, letting myself go and falling in love with you who made me feel so special and happy. How couldn't I? After spending an enormous amount of time together and camping prom night, I honestly thought you wouldn't hurt me and that I'd make it through college with you because I loved you and trusted you with all of my heart. We had many ups and downs which consisted of you telling me that you didn't love me anymore and that you didn't know if you ever did. How could you say this to me? I let you in physically and emotionally and you made you feel so complete and happy that I got to a point where I bought a watch for your birthday and engraved it. It's things like that, that makes you take a few steps back and reevaluate who you trust and let in. But I am the type of girl who gives people several chances, especially when they don't deserve it and I bet a lot of people can relate to that. I always try to see the best in people and most of the time it hurts me in the end, which this time it did.

It all happened when we decided to not talk for a few days, remember? So I did my thing with my girlfriends for a few days while you were with another girl. At the time, I thought you two were just hanging out, but it did bug me because you never did it while we were together, but once we had an issue you were at her doorstep. It ended up turning into us sitting in a parking lot talking about our relationship and what was going wrong. Then suddenly, I was in tears because of what you had just told me which broke me into a million pieces; you kissed someone behind my back. In shock that you could honestly do this behind my back and not think about me, or my feelings, I lost my words. I didn't know what to say or do to tell you how upset I was, other than crying. After sitting there for over an hour, I asked over ten times if you did anything else with her and that I wanted you to tell me. Your response was constantly "no" and I believed you with every piece of me. I took the night to think about what had happened and if I wanted to try with you again. Eventually, I took you back which was one of the worst mistakes of my life. I let you back into my heart and entrusted myself to you, thinking you'd never do anything to lose me again. A few weeks later we went on a camping trip with a big group of our friends in a house which I thought would be great for us to get back to where we used to be but, yet again, I was wrong. This trip turned into me crying about what you did behind my back and you "comforting" me about it PROMISING me that there wasn't anything else.

Roughly two weeks later, I ended up going over to your house to watch my favorite TV show with you and spend time together. But you couldn't find the remote so we started looking in the two couches when you magically found a bracelet in your couch with the letter "J" on it. You acted like you had no idea whose bracelet it was and played it off, so nice job. As I sat next to you, my mind began to race as I started to truly believe that it was hers. I asked you whose it was as you said "I have no idea". I continued to sit next to you as I told you that I knew it was hers and you fessed up to her going over over to play a game and watch a movie. I was a little mad that you lied to me about her coming over to begin with but I didn't think it mattered once I started to think more. A few minutes later I had a feeling that there was more so I turned to you and told you that I caught you and to tell me what happened. You finally told me exactly what you did with her which was a lot more than a kiss. Not only did you do this to me, but you lied to my face about it for a month which has affected me today.

A little over a year later, I am still hurt by this. I am still scared of this happening to me even though every guy I meet isn't you. I don't trust people easily and constantly look for reasons why I can't trust them instead of waiting until they give me a reason not to. I am not ready for be committed to someone and I'm not ready to trust someone again because of you. I bet you're fine and so happy because you weren't hurt by this. But I am now the girl who has severe trust issues and will always have trust issues until I better myself. Every relationship that I have tried, since you, has been ruined by at least one thing and that is my lack of trust. To my girls whose trust has also been destroyed by a guy, things will get better. It will take time and many guys after to show you the path that you really need to take. For me, that is focusing on myself and making myself a better person because let's face it, in 10 years, your education and success won't hurt you and leave you.

So I am going to end this letter with a thank you from the bottom of my heart that I have left. Thank you for hurting me enough to now make me cautious of every guy that comes into my life. Thank you for showing me that you can't trust everyone and that sometimes it's the people closest to you that can hurt you the most. Thank you for proving to me that I can do better and that I deserve better than whatever "we" were. I hope the best for you and hope you're happy, but I hope you don't treat the next girl like you treated me.