An Open Letter To My Mother Who Voted For Trump
Odyssey

An Open Letter To My Mother Who Voted For Trump

Disappointment would be an understatement. 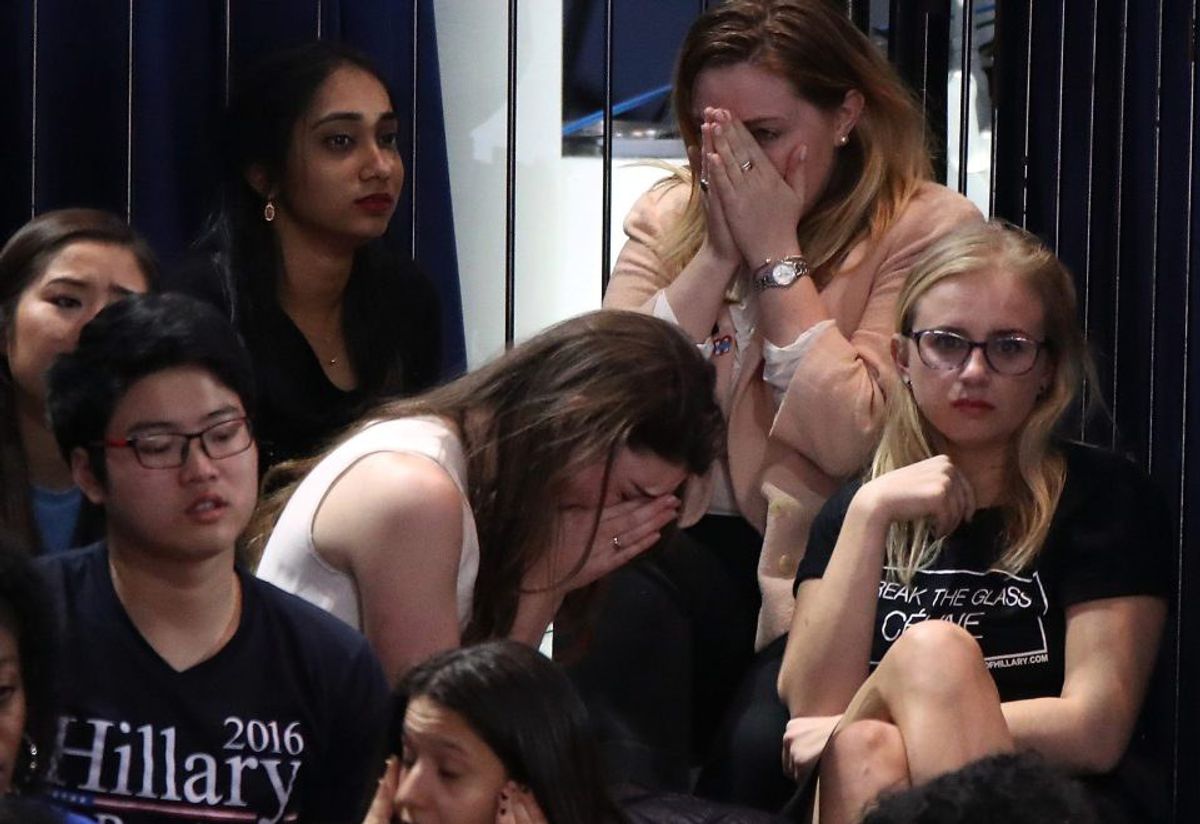 When I was a little girl, I remember being the proudest daughter. As I grew older, that idolization only grew stronger with every new lesson you taught me. You raised me in a middle-class urban area that welcomed the overflowing melting pot of the city. My entire life you raised me to be accepting of others, a quality in which I have taken great pride. I have always appreciated your open mind and tried to embody it for myself.

Disappointment would be an understatement.

In this last election, you cast your vote for Donald Trump. A decision I know was hard for you to make. Most people idolize Trump because of his views on immigration, taxes, business, the working class and the wealthy. A lot of other people dislike him for all these same reasons. For a second I would like to talk about the lessons you’ve taught me. For a second I want you to realize what you’ve done.

You advocated me to vote so harshly because of all the women who fought for it. You told me it would be a disgrace to all of the woman before me if I didn’t cast my ballot. You said that.

I reminded you of how important it was for this country not to regress because there is an underlying empowerment to hold hands with someone who doesn’t look like you. I told you what your grandchildren might look like and if you would want them to look up to him.

You took such a long time behind the curtain, I knew it was bad. I was worried but I still went in. I cast my vote for Hillary. The angst in my fingertips to touch the lesser of two evils.

But all of a sudden.

I remembered you calling me so frustrated during the third debate because of what Trump said about abortion. “It is our right!” you yelled. I agreed and reminded you of Hillary’s answer. She was so poised. You said, "That’s it, I don’t think I can vote for him anymore." And I thought of that and confidently pressed A1.

I was so proud that time.

You had finally come to your senses. You spoke only negatively of the two candidates in the entire election. You kept your head bowed and didn’t speak much. But right then I heard your voice. A voice I almost forgot when you disguised it with another.

When we walked out of the fire station I looked at you and asked, “Who did you vote for?” You said, “Don’t worry about it.” Right then, I knew. And I couldn’t believe it. I didn’t want to accept that my mother would turn on herself like that.

I say herself and I mean me. For almost twenty years it has been you and me. I was unintentionally molded into a miniature you and never regretted it. I couldn’t believe you would vote for a man that has advocated sexual assault. That is on trial for raping a thirteen-year-old girl. I didn’t think you could do it.

I called and asked you, “Mom who did you vote for?” Remember, you never told me. You replied and said, “Who do you think?” I was overwhelmed.

Let’s go back to Trump.

You always talked about.

It all came down to money.

When I was a little girl you taught me that love has no gender or color. You taught me every woman deserves respect and should demand it. You said to treat others how you would like to be treated.

Yet here we are.

Mom, you taught me a new lesson this time. But its not one I would like to learn. You taught me that money is more important than morals. You taught me that this country could only see love as one color and one gender. You have shown me that you lost your self-respect as a woman. You taught me to unlearn everything you’ve ever taught me. This has been hard to bear. I don’t even want to look at you.

I’ll never stop loving you. No, that’s not possible. Just like you to me, I have supported you in every endeavor. You made your decision and that was fine. But to say I was disappointed in you would be an understatement because now I don’t even recognize the woman who I’m supposed to be.

Caitlin Marie Grimes
University of South Florida
11494
Beyond The States