An Open Letter To Cliques
Odyssey

An Open Letter To Cliques

When did being unique become a bad quality? 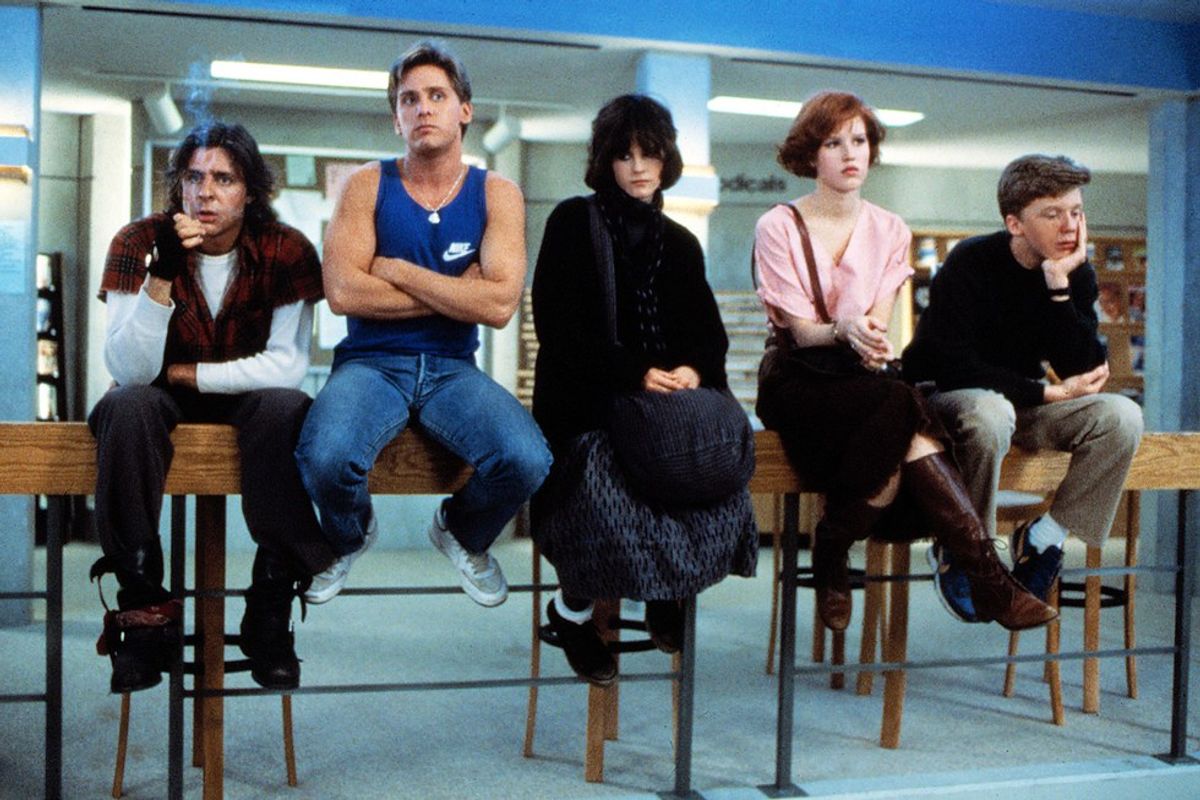 I'm really happy that you have a solid group of friends. It must be really fun to get together as a big group every weekend or each time you go back to your hometown to share fun stories and laugh. But I want you to realize there are so many great people out there that no one in your group knew when your clique formed.

As I grew up, I was constantly surrounded by a clique that was formed of extremely bright individuals. Each of them possessing unique traits and personalities that I loved to be around. As we grew up, I could see the wonderful different qualities vanish. Those individuals became a group and it seemed as if their different ideas and styles were stripped from them. I was close to multiple members individually, but when the entire group was near, it was as if I was a stranger they had never met. It hurt. It was hard for me to understand why my friends were only my friends when no one else was around. Was being my friend something that needed to be hidden? It took me a long time to realize why I am better off without them.

People who are in a clique normally are not very unique. It's inevitable to pick up on traits from the people you associate yourself with. Those who are in cliques refuse to hang out with anyone outside of their "group," so it makes sense that they all act like the same person, but it's sad. I do have a small group of friends, but the great thing about them is that they love being with new people. We don't need to hang out with each other every weekend and we don't need each other to attend social event we've been invited to. We always ask new people to join us in our adventures because the more the merrier. We never plan "buddies night," which is just a less rude way to let other people know they are unwelcome.Cliques just learn how to lean on their friends completely, and I'm not even sure how great of friends people in cliques are to each other.

All throughout middle school and high school, I would hear people in cliques bashing so hard on each other. While blowing off steam when you're upset with your friends is natural and okay, the things I often heard were not things I would ever say about my closest friends- or anyone for that matter. I've heard about so much drama and so many secrets that I was never even involved in by too many people because they had no filter when it came to sharing the secrets of their friends. It made my heart hurt. It's one thing to be judged by people you don't know, but to be judged and exposed by your closest group of friends must be really hard. After I finally realized how negative being apart of a clique can be, I let go of the urge to maintain friendships with people who were never really a friend to me in the first place.

I began hanging out with random people all the time. I would call someone I hadn't talked to in a few months to see if they wanted to go out with me or if they had something they wanted to do, I'd ask to tag along. After hanging out with a variety of people, I learned so much about myself. What kind of person I wanted to be. And that person was not one that needed at least two other members of my clique to go somewhere. It was also really eye opening to get to know different people. I got to see the world through many different eyes. Some of the people I had harsh judgement towards ended up being my most genuine and close friends. Had I stayed tangled up in a clique that judged people unlike them, I would not have gotten to know how beautiful my new friends' hearts were. The clique judged them too harshly because of the reputation given to them when they dared to be different.

I am not at all saying a solid group of friends is bad, and I am not saying I don't like people who are in cliques. I am saying I feel bad for those of you trapped in box where you aren't allowed to break the walls. I feel bad that you haven't experienced different people. I feel bad that you have let your deeper personality hide from the public eye in fear that your group will judge you and kick you out of the little group message and weekend get togethers that are exclusively for you all. God forbid you invite that new kid that seems nice but isn't apart of your crew, right?

So here is my advise to you.

Next time your clique gets together, have someone new tag along. Someone you have always been interested in getting to know, but have been too afraid to invite them.

Dare to be different. Different is beautiful and so are you. Plus, if your "friends" judge you for your weird music, deep thoughts, or your obsession with knitting, are they really your friends?

Be kind to everyone. Remember that cliques look like an army to lone soldiers. Don't use the cliche "The door swings both ways," because as true as that can be in many cases, it doesn't work as well here. It's hard to open your door to people when its 10 to 1. It is terrifying reaching out to a person in a clique. We aren't just putting ourselves out there for a couple people, we are forced to put ourselves out there to a huge group, and it is hard.

Don't let people look at you and your friends as exclusive, judgemental, mean, or fake. It's really easy to view cliques in that way because although you don't always mean to, it's just the way uninviting groups make themselves seem.

Take this all to heart. I already know some of you have been rolling your eyes this whole time. "We are not mean." "We do not talk bad about each other that much." "We include new people sometimes." I can already hear it now. Dig deep down though. Be honest with yourself. If you are still pleased with your group message friends, that is okay. But I dare you to take this all to heart and then text someone new and invite them to hang out with you. Just you. You are your own person and I promise you are wonderful on your own.