The 2016 presidential election was a bad joke taken too far. 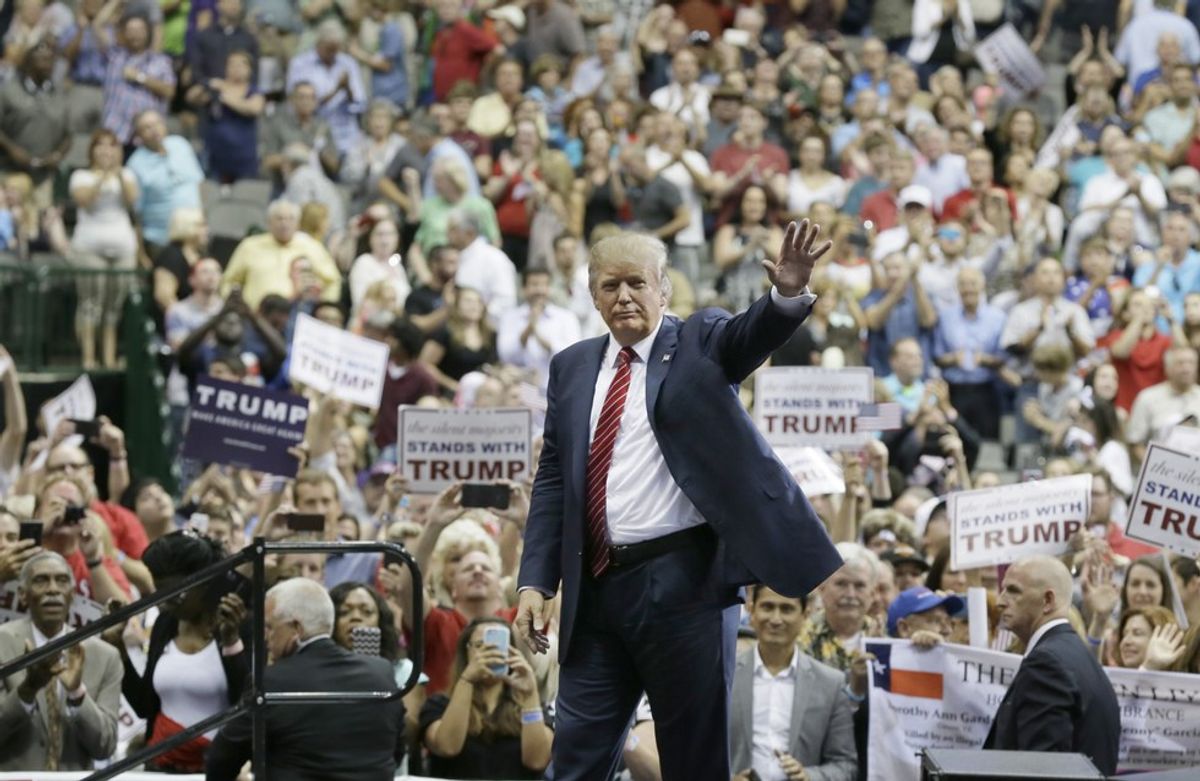 November 8, 2016 will go down in history as the day America voted its 45th president into office. It’s also the first time since the President and the Congress have been Republican since 1928. In addition, the newly elected president will be the first in history to hold office without any prior government or military experience. So, what makes this new elected official qualified to hold such an important world title? Absolutely, positively, nothing makes Donald Trump, soon-to-be 45th president of the United States, qualified to hold the title of Commander in Chief.

No matter what, people are going to have an opinion, whether these opinions are the same as yours or not it’s something that we as individuals should respect. When George Bush was elected president of the United States not everyone was thrilled. When Barack Obama was elected president of the United States you can bet that there were people upset about this. The thing is, people were upset and disappointed with the results. The overall reaction of this recent election wasn’t one of frustration or bitterness, but instead of fear. People are literally terrified that someone like Trump could find his way into the Oval Office, and for good reason.

Donald Trump is best known as a multi-billionaire, star of the celebrity game show “The Apprentice”, and for making the most blunt and degrading comments about everyone and everything that isn’t up to his standards. He lacks respect for women, African Americans, Mexicans, Muslims, veterans, individuals with disabilities, the LGBT community, and anyone who doesn’t fit into his ideal of a “great” America. His supporters? They’re just as degrading towards people who don’t support the conservative ideology and just as supremacist as he is, which only spells trouble for this country. Hundreds and thousands of people of both genders and all races have died to fight for equality in America. People have literally dedicated and sacrificed their lives just so future generations can prosper but alas, we voted for regression, we voted for misogyny, we voted for intolerance. We voted for Trump.

If you as a woman voted for Trump, you voted to not have control over your own body. Far too many Trump maniacs have argued that voting for Hillary Clinton was voting for murder. Hillary Clinton was pro-choice, not pro-abortion. The difference being that you as a woman have the right to your own body and you get to choose what to do with said body. So, congratulations for voting for a sexist who judges a woman’s worth on her physical appearance and excuses discussions of sexual assault as “locker room talk”. If you’re Hispanic and you voted for Trump just know that he blatantly stated that Mexicans are criminals and rapists that bring drugs into the country. The fact that he wants to build a wall on the southern border should have raised flags, but it didn’t and not only does he plan to deport illegal immigrants who came to this country to achieve the “American dream”, but their children as well even if they were born on U.S soil. As for African Americans and Muslims, he does not respect you nor your culture, he is a white supremacist who only wants to further divide the country by making the act of ‘Stop and Frisk’ constitutional. The Supreme Court previously deemed this unconstitutional because it discriminated against certain races and individuals however anything is an option now with Trump demanding “law and order”. You don’t even have to put effort into searching for the numerous of ignorant, disrespectful comments that Trump has spoken and I highly encourage that you take five minutes to look them up yourself.

I don’t know what’s worse, having Donald Trump as a president or having to see the profound number of racists that have emerged from around the country since this election began. While not all Trump supporters are racist, al racists are Trump supporters and that just does not sit well with me. If you’re not fighting against the injustice then you’re fighting for it, because sitting back and watching it happen right before your eyes is just as bad as committing the act yourself. It pains me to have members of my own family, Hispanics, openly vote for Trump despite all the lewd comments he’s made about our people. It baffles me that we allowed a man with such shallow characteristics be placed in a role that could influence the youth so easily. How do you tell your children that we live in a country where a person’s life value is based on the color of their skin? How do you look at your daughter and tell her that she’s worth more than just her body even if the president doesn’t think so? How do we teach our children that sexual assault and patronizing people whose views don’t reflect our own isn’t moral behavior when the president himself has done it? How do we progress as a country when the future looks so dark?

It doesn’t matter what you identify as, democrat or republican. It doesn’t matter if you’re for a flat tax rate or what your beliefs are on monetary policy. At this moment in time what matters the most are our human rights and how we are going to preserve them. In a time when people of color fear the justice system, when rapists get let out after three months in prison, when a man can win the presidency on a campaign fueled by hate, this is the time America needs to stand unified. We need to educate our children and we need to emphasize what it means to be a decent human being who values everyone from every walk of life. This is the time where we offer support to the weak in spirit and help those who cannot help themselves. The time for belittling and bickering between who’s right and who’s wrong is over. Now is the time for compassion and education so what happened the night of November 8, 2016 will never happen again.
Report this Content
This article has not been reviewed by Odyssey HQ and solely reflects the ideas and opinions of the creator.