America Is Pissing Me Off
Odyssey

America Is Pissing Me Off 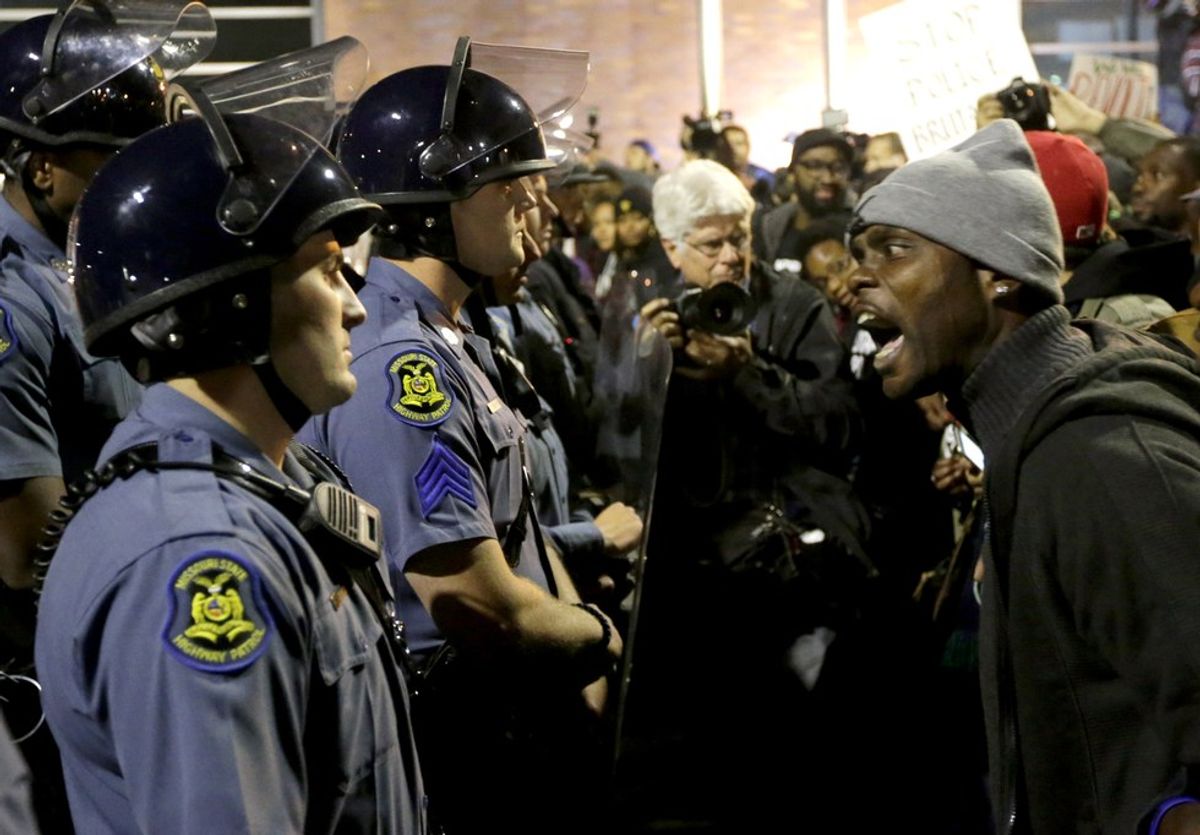 I love you America, I do, but lately I've begun to lose faith in you. From our politicians to the media to the police to the citizens, it seems like this country has lost its mind.

Every day you turn on the television or check social media and see some piece of news that is bound to anger you. Another innocent man is gunned down by police. Hillary Clinton gets away with her huge email scandal. Yet another mass shooting occurs, followed by even more debates about gun ownership. Donald Trump makes racist remarks about God knows what this time. Face it, we're constantly surrounded by events that seem too ridiculous to happen in the United States, yet they're happening anyway. And you know who I blame for all of this? Us.

A few weeks ago, BuzzFeed posted a video about the increased frequency of mass shootings in America. In the video, BuzzFeed personality, Eugene, goes on to talk about how these mass shootings create so much uproar but nothing is ever really done about them. People call for stricter gun regulations and reevaluating the Second Amendment, yet most of the time these calls for change aren't met with a response. As time passes, these calls are eventually forgotten, and the cycle continues.

But I've noticed lately that this cycle doesn't solely apply to mass shootings; it applies to everything that causes citizens to rise up and speak out. And like Eugene says, there is so much talk and debate over these issues, but no real action.

Why is that? As children, we learned in history classes about revolutions and social movements that were created to make a change, and they eventually succeeded. Now, however, starting a movement for change and having it actually succeed doesn't happen so often. In the digital age, we sit behind our computers or smartphones and voice our opinions in hopes that someone important will see it and agree with us, thus causing them to do something about it. Well, folks, the only people who are going to read your novel-length Facebook fights are not people who will actually do anything about them besides throw them a like or hit the "unfriend" button on your profile.

Growing up, we were always told that anything is possible, though it seems we can't apply that lesson to these national issues. Why? Maybe we lack the confidence in ourselves to believe we can actually succeed. Maybe we think that, because we may lack certain resources to start a movement, it isn't worth it to try to make anything happen at all. But despite these thoughts, we do have the ability to make a change. If there's a petition for something you feel is right, sign it, and then share it so others can sign it, too. If there's a fundraising site, donate, even if it's just a penny, and share the link so others can donate. If there are representatives you can call to try to persuade them to make something right, call them, and keep calling them until something is actually done.

And, my God, vote. Whether or not you believe all the conspiracy theories and stories of how elections are corrupt and rigged, vote anyway. Even if you think your voice doesn't truly count the way the system is set up, it does. Hell, statistically Barrack Obama wasn't supposed to win the Democratic nomination in the 2008 presidential election but he did because the younger demographic actually went out and voted. According to the Pew Research Center, Millennials also helped Obama win the overall election against John McCain. If millennials had refused to vote, the past few years of our country would have been governed very differently.

As far as the media goes, you are what fuels it. Media outlets pay attention to the material the public consumes most and what content the public feels is most important and generate information accordingly. Remember when everyone was up in arms over the fact that Brock Turner's mugshots weren't published anywhere? Well, we spoke up and hundreds of media outlets showed we were heard by finally publishing those requested mugshots. On the contrary, in the recent case of Alton Sterling, many people were outraged that the video of his death was being shown on major news channels. However, thousands of people were sharing the video all over social media, which, in a way, tells media outlets that this video is something that people want to see, and should. The media is notorious for producing fear-inducing content, and according to Neuroanthropology, spreading that content only contributes to more fear, negativity, and hate among society.

Speaking of police brutality cases, it's clear that everyone wants them to stop for good. For the past few years people have fought for justice against unnecessary police brutality fueled by racism through social media, but the problem is this fight hasn't really accomplished anything. People are asking why nothing is being done, why courts aren't taking action, and why police officers aren't being held accountable for their actions. People say that these officers can get away with these things because that's how the system is set up, but whining about it over social media and starting riots and even peaceful protests won't get you anywhere, and it hasn't so far.

If you want something done, you need to get the right people to fight with you, especially if they are part of the community of "the enemy." Hate police brutality? Include the cops who are doing their jobs correctly and who want these other officers to pay for what they did in your fight for justice. Urge the victims or government officials to take these cases to court instead of trying to fight violence and hate with even more violence and hate. Demand that police be trained differently so that violence, especially with a gun, is a true last resort. Think the media needs to change the way they publish material? Contact them directly and don't give into consuming their current content. Demand the full story be told instead of the biased versions they're constantly producing. Think the government is too corrupt for current politicians holding office to change it? Check this out and spread it. Educate yourself on the lesser-known candidates on the ballot and vote for them instead of the other candidates who are manipulated by the corporations who fund their campaigns.

I don't care how small and useless you think you are in this world or how cliché you might think this sounds, but you really can help make a difference. Stop waiting for other people to get the job done and start getting involved. You have a unique voice that deserves to be heard and it does matter, just as long as you use it correctly.

Emmaline B
The Narrative
58344
https://unsplash.com/photos/O0T1SIgHAfM