In a time where our country is divided more than ever, it's time to stop discrediting the conservative voice and look forward to a better future. 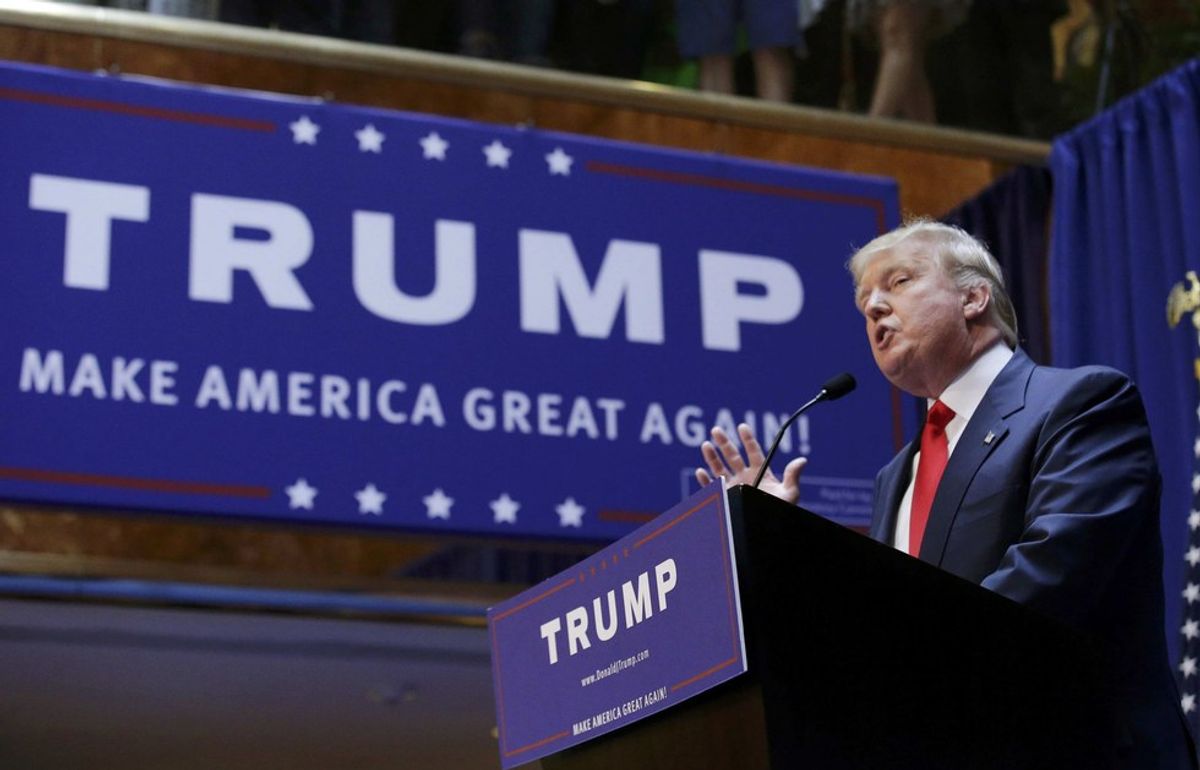 I'm going to start this article by asking you all to hear me out. It pains me to have to apologize for myself before even beginning to write my article, but the high tensions within our society warrant it. After the results of this previous election cycle, hundreds of thousands of people are rightfully fearful for their future. Whether this is due to their race, gender, sexual orientation, or other reasons, the idea of a Trump presidency has terrified many. While everyone has the right to voice their own opinions, our country cannot afford to become ridden with negativity.

The USA is a nation divided and, despite the efforts within an African American presidency, it has been so for hundreds of years. Now, more than ever, we are seeing a distinct divide between the Democratic and Republican parties. However, the votes have spoken. We have a new President-Elect, and his name is Donald Trump. Frankly, we all need to accept it.

The Republican Party has now gained control of the White House, Senate, House, and soon-to-be Supreme Court. With the American public clearly having spoken about who they wanted in office, now should be the time to look towards the future with optimism of new leadership and improvements made in the next four years.

Currently, I am a conservative freshman on an incredibly liberal campus. This would normally not be a problem, as exposure to different viewpoints often allows for a more interesting and expository culture. However, that isn't the case. I walk around campus afraid to tell my own friends about my political affiliation. Fellow members of the College Republicans on campus have been bullied and had their property damaged because of their political beliefs. Each time there has been an instance of a hate crime on campus, the conservative affiliated students are the first to be investigated. Why is this?

The Republican Party has been dubbed as a group of rich and old white men who are afraid of any societal change. The conservatives hold belief in personal responsibility to fix problems. With less government involvement, the people now have the freedom and responsibility to focus on what matters to them and pursue their own goals. While the Democratic Party may believe that the government should hold a larger role in solving our nation's problems, does this mean that the Republican Party is an evil and corrupt institution?

Everyone is entitled to their own political views. However, freedom of speech does not allow one to attack another for having an opinion contrary to their own. As a new voter on a college campus, I should not be afraid to announce my political affiliation. Yes, we all have our concerns for the future, but we will accomplish nothing if we remain divided as an American people. The Republican Party, and more specifically Trump supporters, throughout our nation have spoken about who deserves to be our next President. Now that Trump has been established as so, it's time to stop stifling and discrediting the conservative voice and start looking towards a better and brighter future. After all, his motto is "Make America Great Again!"

Nicole Marie Nigro
Individual Creator
1312
c1.staticflickr.com
Where to start...... Let me start with the cliche that life throws us curveballs and what we do with it is what counts.