It's Always Your Fault, Right?
Odyssey

It's Always Your Fault, Right?

A sarcastic response to rape culture. 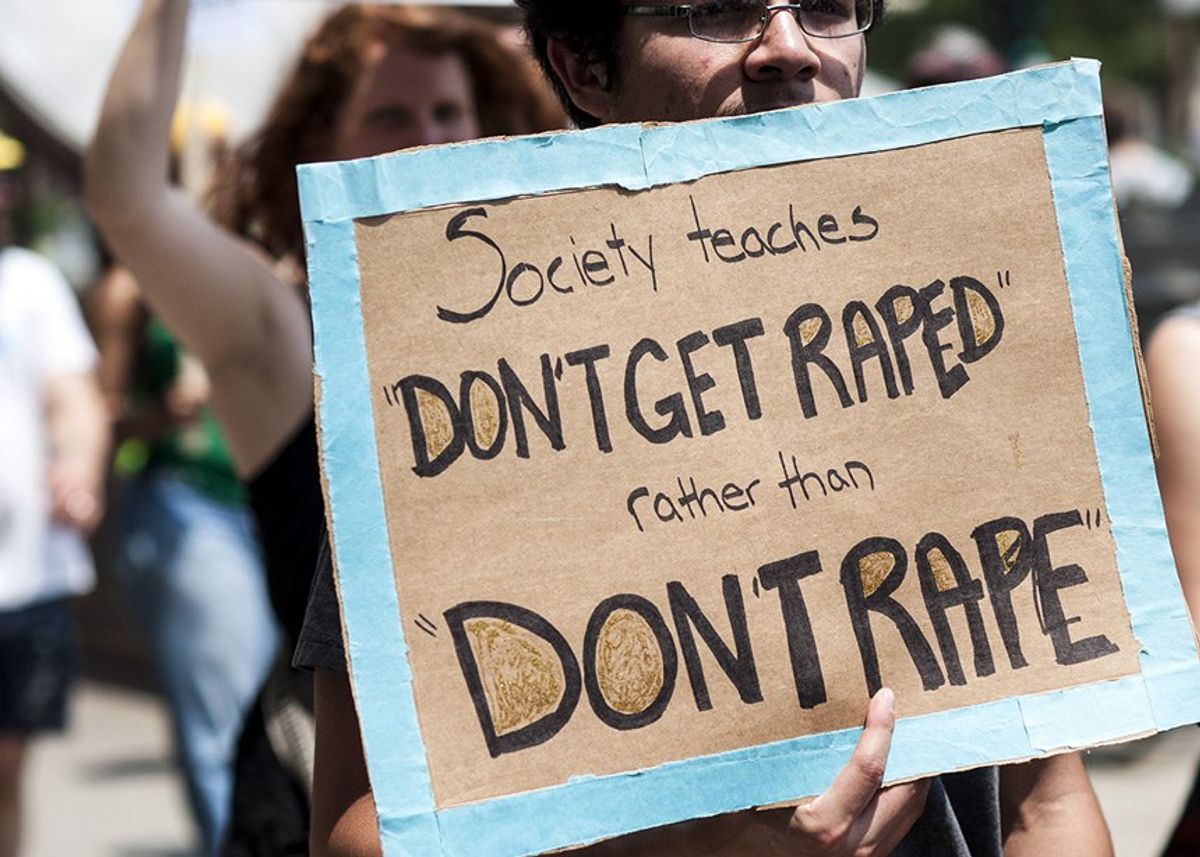 If any girl is unfortunate enough to become a victim of sexual assault, well you just should have known better because it is always YOUR fault! You should have known that your morality is measured by the length of your skirt and that it’s trashy to wear anything above your knees because God forbid you show your sensual looking knees. You should have known that your value is determined by how many partners you’ve had before and that you’re expendable if that number is more than I can count on one hand. You should have known not to wear a tube top or tight dress to that party. You were just asking for it at that point, you tease! The situation could have been avoided in the first place only if someone had taught you all the ways to prevent getting raped because there most definitely are ways, right???

Don’t give a boy the wrong idea, and don’t lead him on all night then decide to back out the last second once you realize that this is something you don’t want to do. That’s not nice and you shouldn’t just leave him unsatisfied. It’s your obligation to finish what you started and forget how uncomfortable you feel because that means NOTHING! Imagine how he would feel if you left him hanging. How ever would he be able to survive??? You OWE him something now that you gave him the impression he would get lucky with you, right???

Don’t drink, don’t let loose or even attempt to have a good time because you’ll brush up against the wrong guy and he’ll slip something into your cup when you’re not looking. Why weren’t you looking??? You don’t have to look at your friend when engaging in conversation and you don’t have to look at your phone screen to see the text you just received. Just hold your cup in a tight grip, and keep a steady gaze on it the entire time. DO NOT look away. DO NOT blink. Trust me, bad things happen when you blink. You should expect a boy to drug you and you should know better than to look away for even a second. A lot can happen in a second. A lady shouldn’t be getting drunk at a party and acting sloppy without any self-control anyway, right??? That’s only something guys should do! You should stay classy.

How naïve of you to believe consent is always needed when engaging in sexual activities. That’s such a bizarre concept, one you cannot actually expect to be taken seriously, right??? Don’t make me laugh. It’s not unnatural for boys NOT to ask especially when they feel entitled to your body out of motivation for THEIR own sole pleasure. It’s not like you’re the only one who gets to decide who gets to do what to your body. That decision is not only YOURS to make, silly girl. It’s HIS to make as well and if you’re unconscious and unable to give consent, well then you missed your chance to make that decision, didn’t you??? You snooze, you lose. Now, it’s HIS decision to make and you didn’t give your consent willingly, so he will TAKE that from you. Afterall, boys will be boys and as unbelievable as it is, yes, party culture is a real thing and totallyis a viable excuse for rape as well, right???

Even with your arms pinned down and his body weight against yours, YOU are without a doubt, in absolute and total control! There are still ways of preventing the rape from happening and it’s as easy as this: keep your legs closed and tightly glued together and your assailant will have no way of prying them open and getting what he wants, right???

You also should cover up more and think twice about showing skin. Do you really think you can dress the way you want to and feel confident in doing so??? You’re a GIRL for crying out loud! You have assets that need to be covered FULLY. A turtleneck is the perfect anti-rape choice of clothing. Remember to be timid, but not TOO timid or else you’ll look weak and like an easy target. Think the justice system will be on your side if you come forward and tell them about the assault? Think again. Nowadays, probation is the only punishment that seems fit for a rapist, right???

What? Did you actually think he’d get jail time??? You actually wanted him to be locked up in a cell for years??? How dare you wish such a thing??? That would ruin his life! Show some empathy and have some consideration for HIS feelings. Forget the victim! All he was trying to do was please her. Jail will have a severe and significant impact on his life, even MORE so than the victim’s!

Weren’t you ever taught how NOT to get sexually assaulted or raped? This is a talk we should give every girl, but forget the boys! It’s outrageous to even consider the idea of sitting boys down and telling them that it is not okay to violate a girl’s body, that it is not okay to force themselves upon them and that girls’ bodies are not theirs to use and abuse. It’s only important that we teach girls how NOT to get raped because of course, there are many ways they could have prevented it from happening in the first place. Right?