Why Almost Relationships Hurt The Most

Why Almost Relationships Hurt The Most

How do you let go of someone who was never yours to hold? 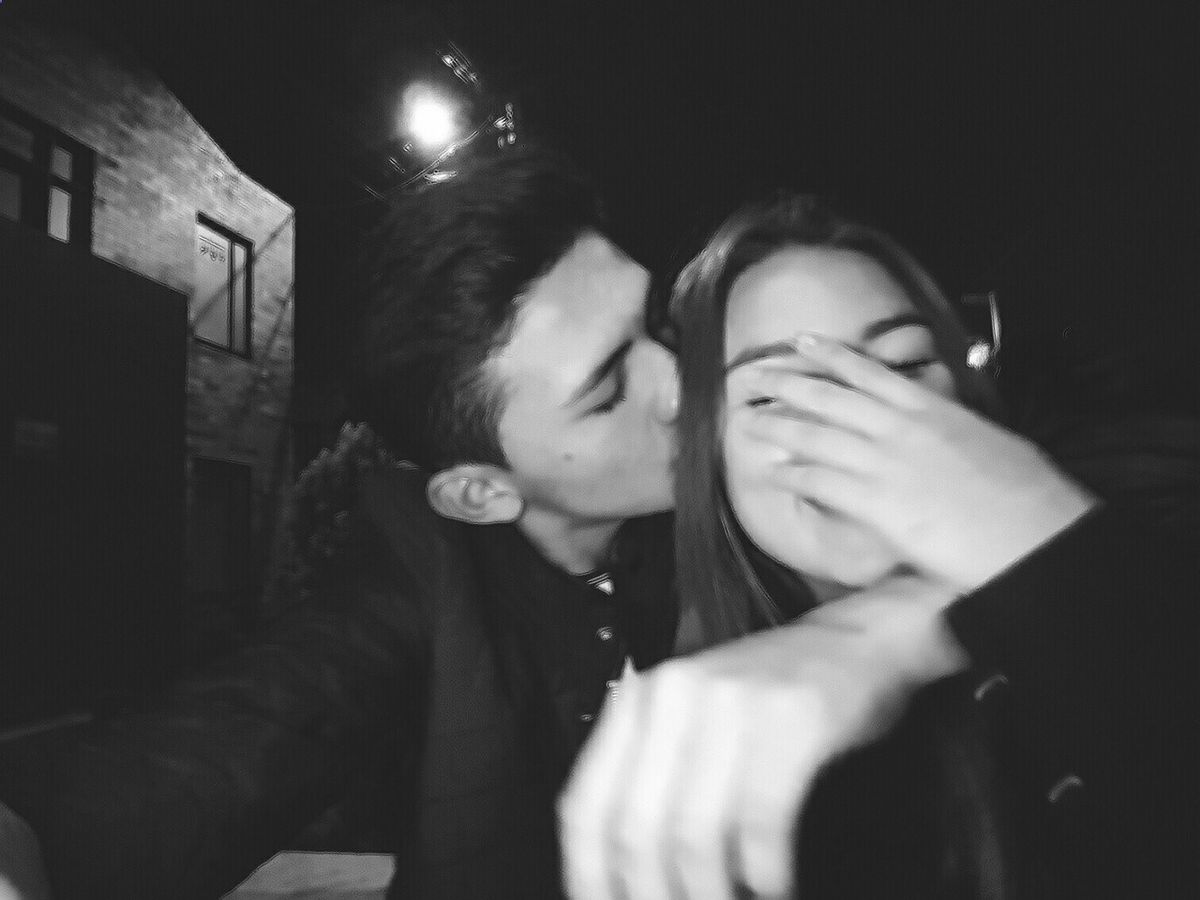 “No, we didn’t date. Technically, he wasn’t an ex-boyfriend. But he was an ex-something, an ex-maybe. An ex-almost.”

Six letters, two syllables, one word that tells a thousand tales of heartbreak.

It’s the saddest word in the English dictionary because it means getting your hopes up. Being close, but not quite there. It’s the most devastating word because it means being a sliver of a second away from having everything you ever wanted, and winding up with nothing at all.

He almost loved me back.

We almost made it.

It was almost enough.

I couldn’t tell you how many nights I’ve wasted tossing and turning in bed, flickering the light on and off, flipping through old photos on my phone, trying to make sense of it all. It is such a cruel joke that the universe plays on us. One day, someone seems like a constant in your life. The next, they’re gone.

But they remain a part of you—as a regret, a curiosity, a memory, remembered only as the name that pops up in laughter-brimming conversations with your old friends, or a song that you hear on the radio while you’re driving through the backroads in the October rain, or a familiar move that the beautiful boy who you could not, for the life of you, love, uses on you at a party one night when everyone is slowly leaving and you’ve had too many drinks on an empty stomach and all you really want is to hear the voice of the person you’re dancing to forget.

The universe loves to play the game of unknowns with us. And I wish I knew how to win. But even if I did, I don’t think that would change anything.

When our stories aren’t punctuated with a definite “goodbye,” they feel unfinished. It feels like the author left a blank page where the ending was supposed to be, and the two characters who almost got together and almost had their happily ever were abandoned in the middle of a conflict or a conversation or a pathetic string of messages on social media with a little gray timestamp next to their name that ticks down how many days have passed since they last made contact. From “Yesterday” to “Monday” to the dreaded composition of three numbers to silence.

Just like that, they’re left at an impasse. Still, their relationship has no closure. No ending. And so, it feels like it isn’t over. Not just yet.

And the worst part of it all is that when we’re left with a blank page, we can’t help but write our own endings, over and over again in our heads.

The “what if’s” imbue our minds. First, it’s complete and utter inundation, our almost-love pervading our minds absolutely and destroying them heedlessly.

And though its aftershock may seem subtle, it's always far more painful than the catastrophe, itself.

Because it's not a flood at all. It's uninvited and unwelcome thoughts that sneak into your mind during your day, as you’re doing your laundry and you come across the dress he said you looked good in, or you’re waiting in line at Starbucks and the person in front of you orders his drink, or you’re strolling through Target because you’re out of toothpaste and you see a DVD of the movie he told you about that one time and, my god, you can’t even buy toothpaste without slipping into a portal that instantly transports you to the past, your past, with him.

You pick through every conversation you ever had, every lingering glance, every remark that was, in the slightest bit, ambiguous (and if it isn’t open to interpretation, you pry it open to search for meaning).

You wonder if there was something you could have done differently that would have changed everything. What if you went on that reckless adventure with him? What if you clung onto him for just a little longer because the heat radiating from his skin was nice, and it didn’t burn or hurt (but if it did, you would’ve wanted to stay, anyway). What if you stopped playing the games, and you marched up to him, and you demanded, “Is there something happening here?” What if you gathered up those twenty seconds of insane courage and kissed him—because you were thinking about it, and he was thinking about it, and because you wanted to.

That’s why almost relationships hurt more than the ones that tried and failed. Because even though the relationship wasn’t real, everything else was.

And maybe this is why I just can’t seem to get enough of them.

Because, despite everything, there will always be the knowledge in the back of our minds that, in some alternate universe, they wanted us back. Because we become addicted to the times in our lives when the person we (almost) loved gave us everything we ever wanted. Because there is still that faintest flicker of hope.

“Still, we hope, more than anything, for more.”

I am such a sucker for the unrequited love, the unfinished endings, the almost relationships. It’s foolish and irrational, but we can’t help it. It’s simply a part of being human. It means to wonder. To want. To aspire, and be utterly insatiable. It means to have hope.