Kneeling NFL Players Aren't The Ones Disrespecting The Flag, You Are
Odyssey

Kneeling NFL Players Aren't The Ones Disrespecting The Flag, You Are

How many ways have you slandered our beloved American symbol? 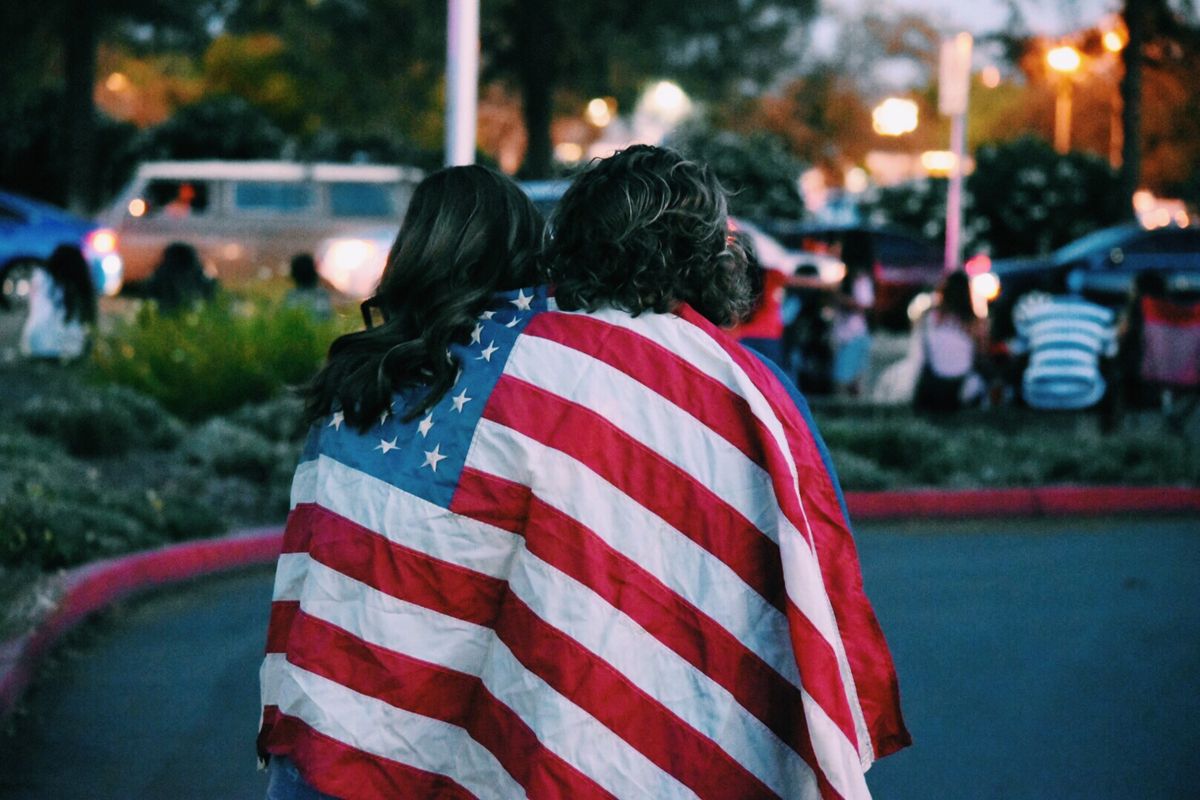 Many of us have heard of the NFL players kneeling during the national anthem. They do it as a protest against the rising racial tensions in our country. President Donald Trump spared no time in forming a strong opinion, saying the players should not be doing it.

But before you form an opinion, how have you been disrespecting the flag?

The official flag code has a set of rules that very few follow, only because most of us (including the president) have never bothered to read them. In fact, I can guarantee you have broken flag code.

Flag code was officially passed in 1942, with almost no changes afterwards. It was created as a guideline for handling and display of the flag, although most of it is only applicable to the U.S color guard. However, in section 176, D of flag code, America is in for a shocker.

Yes, wearing anything with the American flag, or anything decorated with it, or owning a sparkly version of the flag and such, is all against flag code. This also means that Trump's hat with the flag, and his slogan "MAKE AMERICA GREAT AGAIN" are also against flag code. How ironic.

"The flag should never be used for advertising purposes in any manner whatsoever. It should not be embroidered on such articles as cushions or handkerchiefs and the like, printed or otherwise impressed on paper napkins or boxes or anything that is designed for temporary use and discard. Advertising signs should not be fastened to a staff or halyard from which the flag is flown." — Section 176, I.

That's right, Linda. You can moan about how disrespectful it is to kneel during the anthem, but did you know you're little Fourth of July cookout with the flag napkins and plates were just as bad, if not worse? This also means the flag should not be a source of advertisement, but if you see it in the background, that's fine.

"No part of the flag should ever be used as a costume or athletic uniform." — Section 176, J.

This means that football teams that so proudly wear the flag on their helmets are in fact, breaking flag code. On another note, teams like the Patriots who wear only the colors but not the exact symbol are in the clear.

Meanwhile, what does the flag code say about kneeling?

"During rendition of the national anthem when the flag is displayed, all present except those in uniform should stand at attention facing the flag with the right hand over the heart. Men not in uniform should remove their headdress with their right hand and hold it at the left shoulder, the hand being over the heart. Persons in uniform should render the military salute at the first note of the anthem and retain this position until the last note. When the flag is not displayed, those present should face toward the music and act in the same manner they would if the flag were displayed there." — Section 171.

In fact, there in nothing in the flag code that explicitly states you must stand. We are the ones who created that stigma. In fact, veterans have defended the players, and one even took a knee himself. So when the kneeling is called "civil disobedience," that is highly inaccurate. It should be called "making a point to our country as a whole by exercising our First Amendment rights to show that something is wrong, and we need to fix it." Kinda like the First Amendment, right? Something that's meant to set us apart from every other nation.

Throughout our history, we have made many mistakes. We have indulged in the practice of segregation for over a century. We denied voting rights to anyone who wasn't a white heterosexual Protestant male. We turned blind eyes on the world when they suffered during the world wars and helped create a second world war during the Treaty of Versailles. And of course, there's our history of rejecting refugees — even persecuted Jews trying to flee the horrors of the Holocaust. Anyone who says this nation is perfect is living under a rock, especially with recent events like Charlottesville.

But while our forefathers made mistakes, mistakes we still pay for today, our Constitution stands. The freedom we were given stands, and because of this, people like the NFL players who took a knee during our national anthem can continue changing the world, and others can do the same when it comes time for America to change for the better once again.

Glorie Martinez
4673
Why I Write On Odyssey

The Season Of Giving

Why College Athletes Should Not be Paid