We Cannot Remain Silent While White Supremacy Is Normalized
Odyssey
CurrentlySwoonLifestyleHealth & WellnessStudent LifeContent InspirationEntertainmentPolitics and ActivismSportsAdulting
About usAdvertiseTermsPrivacyDMCAContact us
® 2023 ODYSSEY
Welcome back
Sign in to comment to your favorite stories, participate in your community and interact with your friends
or
LOG IN WITH FACEBOOK
No account? Create one
Start writing a post
Politics and Activism

We Cannot Remain Silent While White Supremacy Is Normalized

"If you are neutral in situations of injustice, you have chosen the side of the oppressor." — Desmond Tutu 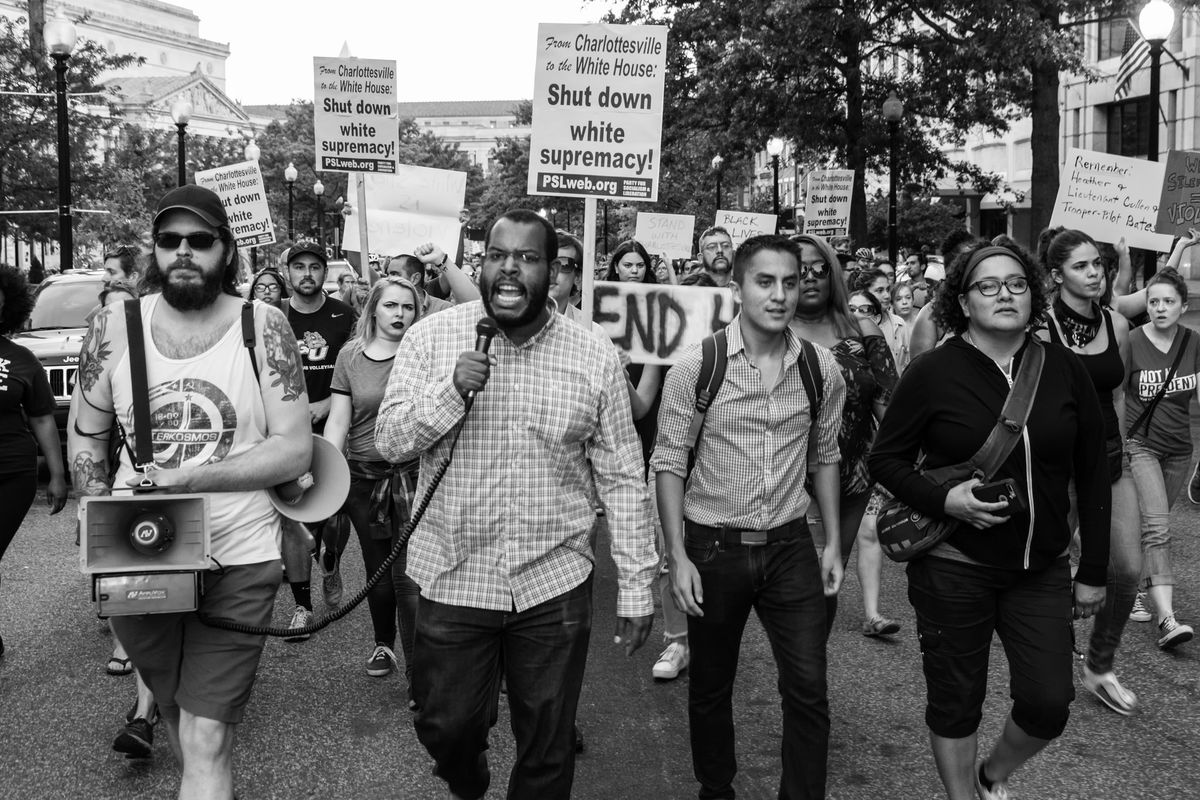 This weekend, Charlottesville’s streets were flooded with Nazis, Nazi supporters and sympathizers, faces uncovered as they proudly marched through the city. Violence broke out as "Unite The Right" supporters clashed with protesters throughout the city. James Field plowed through a gathering of Anti-White Supremacist protesters with his car, killing Heather Heyer and injuring 19 others.

"This [rally] represents a turning point for the people of this country. We are determined to take our country back. We are going to fulfill the promises of Donald Trump. That's what we believed in, that's why we voted for Donald Trump – because he said he's going to take our country back, and that's what we've got to do." — David Duke, former KKK leader.

It is deeply concerning that in 2017, there are public officials who will not condemn Nazi activity. People are disassociating Nazism with violence and merely claiming the party as a different political view. Did these marchers forget the mass genocide and extermination of innocent lives that the previous rise of Nazism brought? Some supporters refuse to believe the Holocaust happened at all.

Adolf Hitler convinced his followers that Germany and conquered territories should be built on the idea of Aryan supremacy, preaching that the country's diversity was to blame for their failure to thrive after the first World War. As he rose to power, he ordered the creation of concentration and death camps, along with instructions to eliminate imperfect persons in what would be known as the Holocaust.

During Nazi reign, an estimated 18 million men, women and children (Jews, Russians, Roma, Polish, Germans, LGBTQA+ members, the physically and mentally disabled and others) were murdered in the most horrific fashions – gas chambers, death marches, firing squads, starvation, hypothermia and illness. After extermination, their bodies were disposed of in mass graves, or burned inside giant crematoriums called "ovens."

President Trump's refusal to directly distance himself from Nazi sympathizers and Klan members during his campaign and throughout his presidency sends a clear message to both supporters and the rest of the world – Nazis are free to spread terror and hate while he is in power. It can seem overwhelming, as we would like to believe that this sort of thing wouldn't happen in 2017.

Unfortunately, this is becoming normal.

The internet is riddled with websites like Traditionalist American Knights (an active recruitment site for the Klan) that are dedicated to the KKK and neo-Nazism. Open Klan members, like former Imperial Wizard David Duke, have nothing to fear, and many supporters comfortably fly the Nazi flag from their homes.

Hatred of this magnitude cannot be allowed to persist. It is time to again stand against the rise of white supremacy, just as Civil Rights activists did in the 1950s and the Allied forces did during World War II. Fight the "right" by:

• Start conversations on social media addressing the issue and educate others through fact and reason.

• Create or join a movement (local, nationally or internationally) like Stand Up For Someone's Rights Today or the United Nation's Together movement.

• Donate to charities or organizations that are dedicated to helping others!

• Start at the roots by working to elect politicians (local, state and national) who represent value and equality.

Only together can we defeat this intolerance.