Together we believe, united we stand. 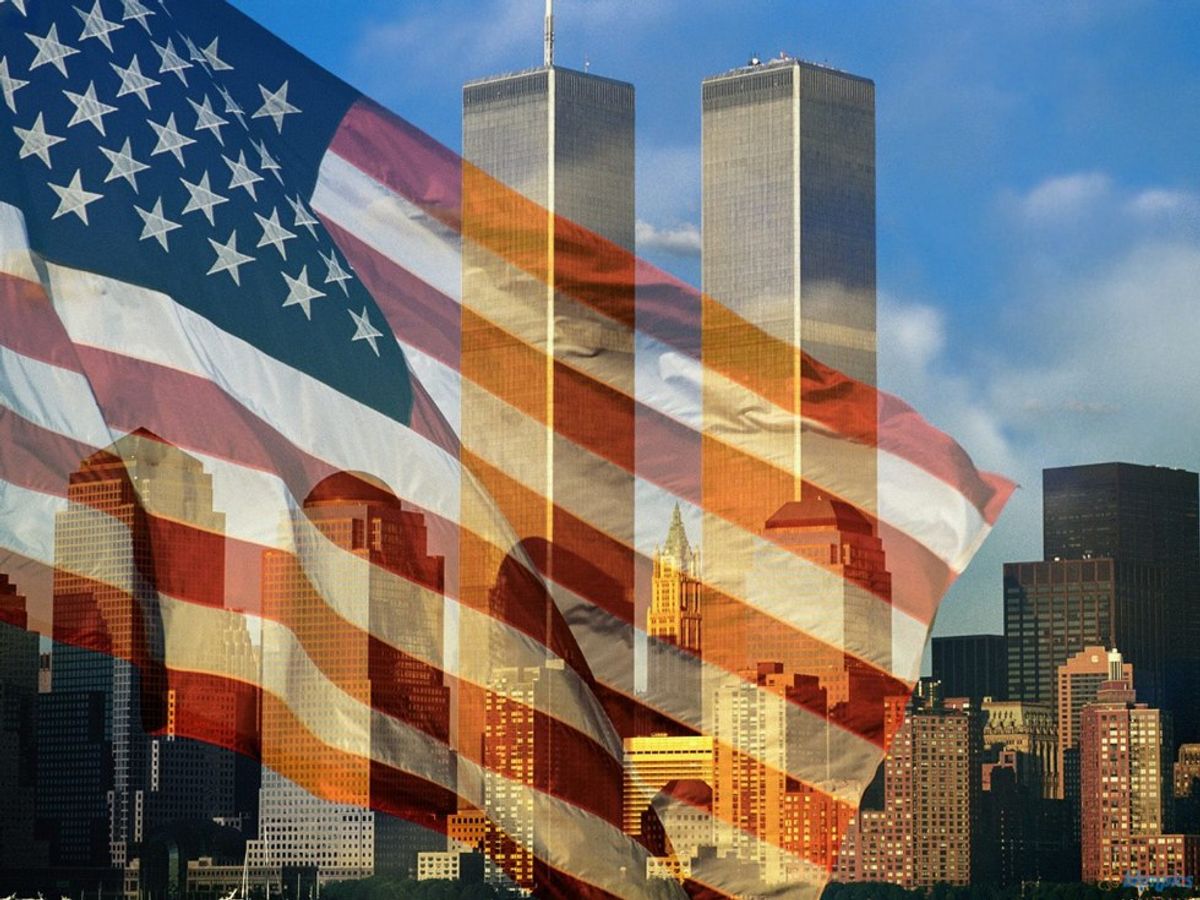 On September 11, 2001 the United States of America as we knew it changed. Members of radical terrorist group, al-Qaeda, hijacked four different planes from United and American Airlines that were headed to California. Two planes crashed into the World Trade Center in New York City, a third plane crashed into the Pentagon and a fourth plane that was headed for Washington, D.C. crashed into a field in Pennsylvania. A total of 2,977 people were killed at all four sites, not including the number of people who were injured due to the attacks. As a result of this horrific tragedy, the dynamic of the United States changed; no longer was safety taken for granted.

Day-to-day aspects our lives were not routine or safe anymore. Loved ones who went off to work left family members worried about whether they would return home that night. Parents were afraid to send their kids to school. People were suddenly more afraid to travel by airplane. The United States upped the security on the nation and declared a “War on Terror." It was this “war” declaration that would not only generate fear in Americans, but would also disunite them at a time when unity was pertinent.

The War on Terror was a conceptual war or struggle involving the United States against Islamist terrorist organizations and similar organizations. The United States’ involvement in this war created another war within America: the war between anyone who suspiciously looked like a “terrorist” (I didn’t know there was a certain look?) and everyone else. This furthered the distance in relationships among Americans.

Many different Americans with “brown” skin such as Arabs, Indians, Mexicans, people with head coverings and also people with beards suffered intense discrimination, and in some cases, even death. After the large and sad number of people lost in the attacks, America was losing more of its citizens over this war. Rather than coming together as a country in a time of tragedy and loss, we decided to separate between one another as and distinguish an “us” and an “other."

This concept of the “other” sparked hatred, ignorance, violence and separation among people. By identifying Americans who look a certain way as the ones to blame for the terrorist attacks, we excluded them from being an American among us. As a country that is a conglomeration of people from many different cultures and backgrounds, we should accept and embrace differences. No matter what our external looks like, within us our hearts are filled with love for being Americans. We are grateful to live in such a powerful nation that endorses unity.

When we come together as a nation this year on September 11, 2016 to remember and honor all those who have fallen on that horrendous day 15 years ago, let us remember to come together as one nation, united and as one family, connected. Let us overlook our differences, whether they may be in skin tone, religion, beliefs, occupation, age, race or ethnicity. Let us strive to be more accepting of our fellow Americans, not just in tough times, but also in our daily lives. We are all proud Americans and what affects one of us, affects all of us, as one.