8 Things That Come With Being Adopted
Odyssey

8 Things That Come With Being Adopted

More days dedicated to me? I'll take it. 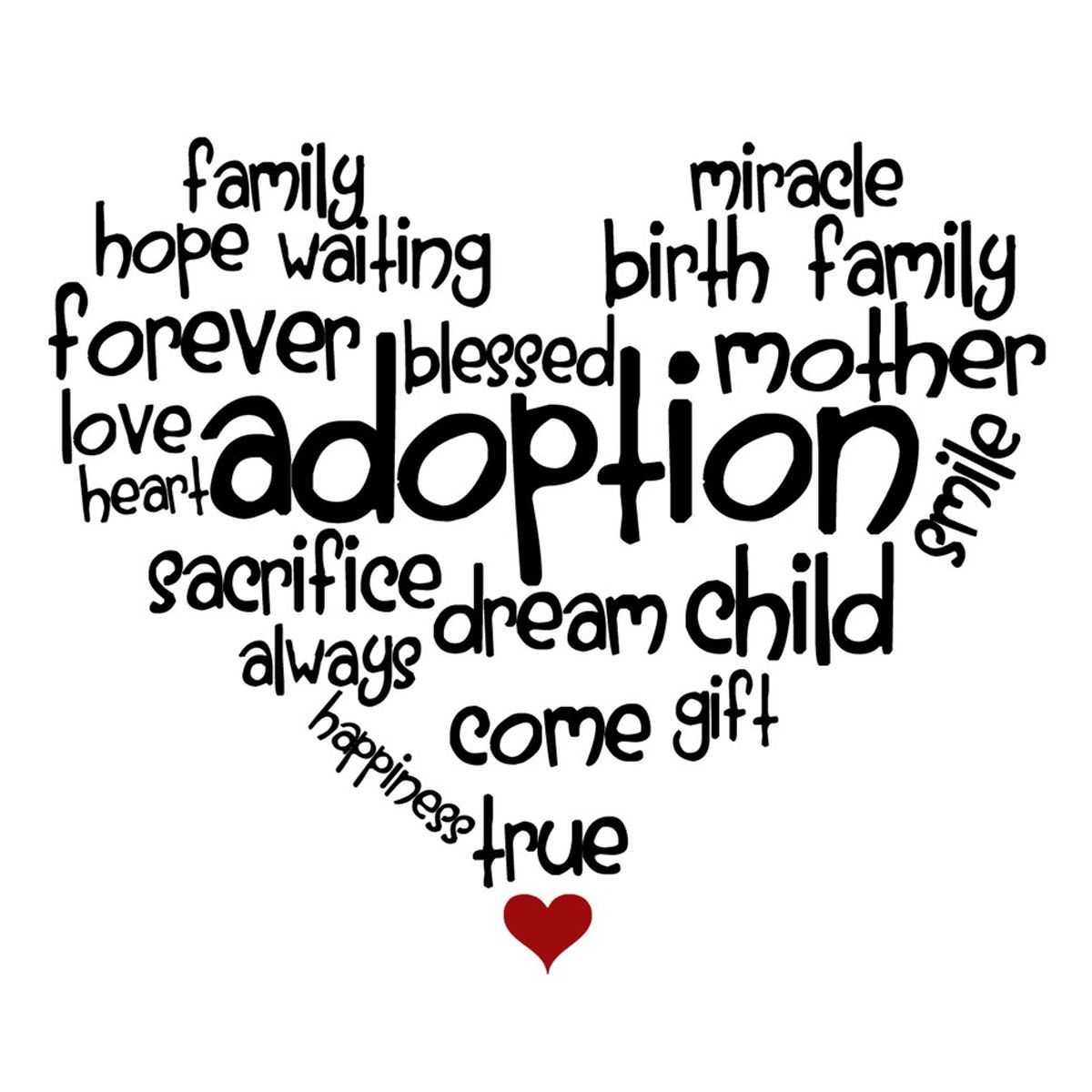 I was born in Guatemala. My adoption in Rhode Island court was official in November of 1998. I came home to the US in March of the same year. I became a US citizen when I was three. I have lived in Rhode Island my whole life and consider myself an equal to every person born here in the US. My status as someone who was adopted has never changed the way I look at myself. I have known that I was adopted for as long as I can remember. I never really thought anything of it when I was little - I just knew that I was. As I've grown up, I've realized that there are a bunch of things that go along with being adopted. Some of those things are awesome, and some, not so much. For everyone who is adopted, you can relate to these. As for the rest of you, please enjoy living vicariously through myself and other adoptees with this list of eight things that come with being adopted.

1. Being asked about your "real parents."

2. Sometimes feeling like an exotic princess because people are so fascinated by the fact that you were born in a different country.

3. Having extra days to celebrate.

Everyone celebrates their birthday, Christmas and all the other main holidays. Growing up as an adopted child, I was fortunate enough to celebrate all of those plus coming home day and adoption day! We celebrated adoption day twice- one for when my adoption became official in Guatemala, and one for when it was official in the US. More days dedicated to me? I'll take it.

4. An excuse to go on vacation to visit your motherland.

Everyone wants to go on vacation, but sometimes it can be hard to find the time or figure out where to go. When you're born in another country, and you haven't been back since your adoption, you already have the destination of your next vacation. Going to Guatemala my sophomore year of high school during winter break was by far one of the best experiences I've ever had. The picture above is the lakeside pool at Hotel Atitlan, one of the hotels we stayed at during our visit to Guatemala.

5. People associating adoption of people with the "adoption" of highways and other nonhuman things.

The fact that you look nothing like your family is obvious, but it can be so much fun. While my mom is complaining about her inability to tan because of her delicate Irish skin, I'm delighting in my naturally tan skin that easily gets darker in the summer. I was also blessed with talent in the music department, while my mom has no skill in that area. If I had been her biological child, I probably wouldn't be pursuing music as a career. So thanks for adopting me, mom!

7. Wondering/dreaming about your biological family.

8. Knowing how lucky you are.

Being adopted gives you a unique perspective on life. I was born to a mother who couldn't take care of me so she chose to give me a better life. I was adopted by a mother who wanted children and couldn't have them herself, so she chose to be that new life for me. I know that I am so lucky to live in the home I live in today with wonderful family and friends and I know I was so lucky to have my biological mother give me the opportunity of a lifetime, literally. I don't take that for granted.