6 Types Of Players In Pickup Basketball

6 Types Of Players In Pickup Basketball

The starting five (and sixth man) of the dudes you'll find in every gym in America. 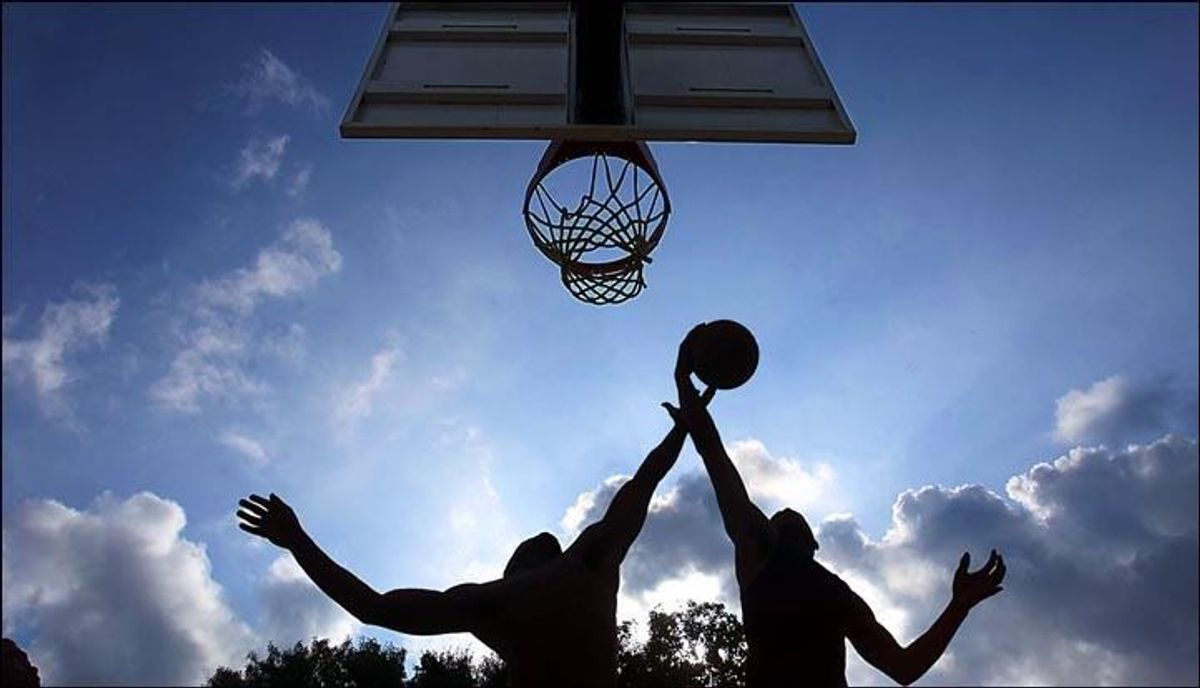 Every guy has experienced it. You step into your nearest gym to shoot a few hoops to finish a workout or maybe you even brought shoes and intended to get a couple of games in. Immediately upon entry, you're being sized up by the rest of the ball-bouncing patrons that surround you, and eventually, you'll be asked the question out-of-shape men ages 18-60 have been asking since Dr. Naismith created the game with peach baskets: "hey, you wanna play?"

At which point you likely oblige and immediately start sizing up the other men within the game. These are the six stereotypes your mind immediately jumps to when sizing up opposing competitors, and unlike most of life, you're more often than not correct.

There's a couple of different possibilities for a backstory for, "the hustle guy." One is that he is or was a supremely talented athlete in a different sport, and is now playing pickup for the sake of his buddies or just to get a run in; or it's that this is where he gets his juice, why he gets up every morning, which is probably much more concerning for you as an opponent. The hustle guy will lead the game in both fouls and high fives. He'll take you as a personal challenge, whether you're a former 20 point scorer or a throw-in.

A personal favorite. This is the guy that shows up to a church league game with headband and arm sleeve already on. He drove to the gym drinking an electrolyte supplement. He laces up the newest KD's/Lebron's/Curry's, begins his intricate warm-up and refuses to enter the game until he's "loose". A master of throwing his head back to, "get the call" in a call-your-own-fouls game, he shoots heat checks after making one pull-up jumper. A risk/reward if you pick him for your team.

Number two and three can sometimes overlap, but when a team has both, the beauty of pickup basketball is in full effect. This is the guy who has a disclaimer before the game starts. Something to the effect of, "Ay man, I just want you to know once I step between these lines, I'm a different dude." On the second possession of the game, he calls for a clear out and fires up a step back 3 airball, claiming the ball is slippery. With both the shortest memory on misses and the longest memory on makes, it takes a special type of person to be this guy. Also, beware of statements like, "these dudes CAN'T GUARD ME" while standing in the corner calling for the ball, shooting hand trembling.

The most underrated of the five. A requirement of fitting this mold is to be over the age of 40, or at least appear so. No one wants to foul, touch or even guard "The Geezer" until he makes three straight 15-foot bank shots in a row. A master of the high post bounce pass and flat-footed block, he plays below the rim and above the brain. In a full court game, he may be exposed by younger legs. In a half court game, class is in session.

First of all, let me say this: if there's anyone above 6'8" in your gym and under the age of 45, there's no way he can even dribble a basketball because if he could, he'd be getting paid to play basketball, aka not in your YMCA in Wichita, Kansas. With that being said, I've found most tall guys who play pickup don't even like basketball or can't play, they've just been told their entire lives they like basketball because they're naturally a little closer to the rim than the rest of us. This might be the least desirable of the stereotypes, because you get most of the blame from your buddies because you are, like, really tall. DO THINGS I CAN'T DO is all I'm asking.

Every alpha dog asserts his dominance one way or another, and "The Man" is no different. When you walk in to the gym or your game and see guys warming up, "The Man" can easily be identified by dunking, shooting Chef Curry distance 3's or even stretching, likely with one of his dutiful minions."The Man" often wants to bring the ball up, and is guilty of passing and then immediately wanting the ball back. Many times, he can combine multiple stereotypes on this list, making for some truly memorable pickup games. This is the guy that may have his girl at his game, take possessions off, demand an isolation on the last possession of the game, and ask if you guys saw "my man go off" last night, with no indication as to who his man is.