5 Reasons To Stay Away From Tanning Beds

5 Reasons To Stay Away From Tanning Beds 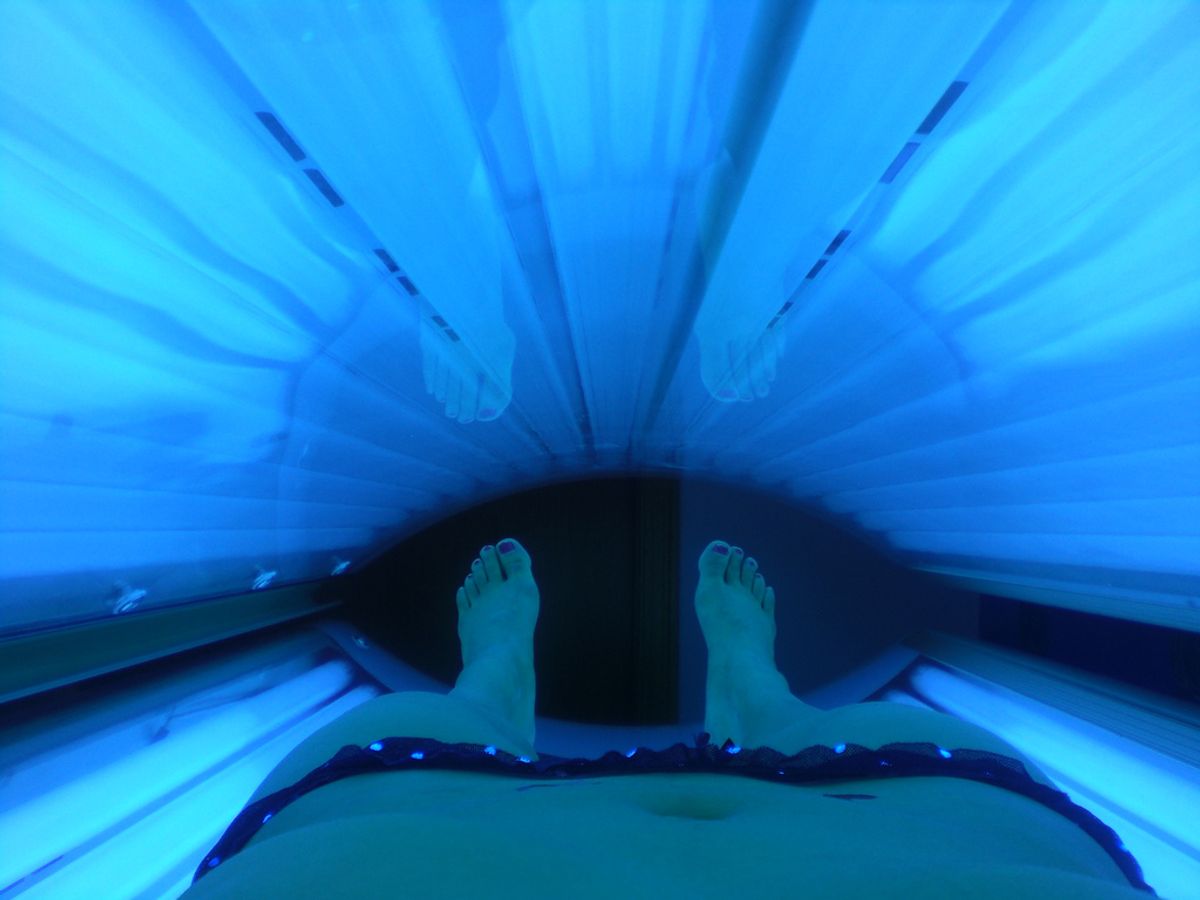 It's that time of year again. You know, the dresses lining the aisles of Macy's, that big question written on poster board or pizzas, the sorority squats. Yep, you guessed it -- prom season. While prom is known for the grand march, corsages, boutonnieres, and a rampant display of heteronormativity, it's also characterized by something else.

For some reason it's been entrenched in the minds of thousands of prom-goers that it's entirely unacceptable to attend prom wearing pasty post-winter skin. The dangers of tanning have been recognized by scientists and researchers for many years, but that doesn't seem to stop people from seeking that post-winter glow or pre-vacation base tan. According to Time Magazine, approximately 7.8 million women and 1.9 million men continue to use tanning beds. In today's society, no matter your age, it's cool to be tan. But you know what's not cool?

It's not just cancer you should be worried about. UV exposure has also been proven to lead to cataracts and other eye-related injuries that can lead to worsened eyesight and even blindness. As if the threat of cancer on your skin wasn't enough, you can even get melanoma on your eye.

While you may like the way a tan looks on your skin now, you won't later. Sadly, for some, the thought of wrinkles is even more frightening than the thought of skin cancer. According to the Centers for Disease Control and Prevention (CDC), tanning can even lead to rashes, age spots, and change in skin texture (i.e. leathery skin).

When you think about addiction, your first thought is probably drugs and alcohol. But, as it turns out, tanning can become addictive as well. The Washington Post reveals that it can even be compared to heroin addiction. UV radiation produces chemicals that generates a feeling of pleasure, including endorphins. Researchers in a study referenced by the Post found that "the chemicals act on the same systems in the body as other opioids, such as heroin and morphine."

When you think of hazardous waste, tanning salons are probably not what comes to mind. But according to the Virginia Department of Environmental Quality, tanning salons "generate hazardous waste in the form of tanning lamps that are located in tanning beds, booths, or other devices which produce ultraviolet (UV) light." These lights contain mercury, which, if not handled and disposed of properly, can have a very negative effect on the environment.

If millions of people are still using tanning beds, there's clearly a disconnect somewhere between science and culture. It leads me to believe that there is simply a lack of understanding. Sure, everyone knows you can get skin cancer and wrinkles from UV ray exposure, but many people assume that it won't happen to them -- that somehow they're immune to carcinogens and other negative effects of UV rays. But this kind of thinking is painfully misguided. In reality, tanning just one time can be damaging. So, is it worth it?