You know you've been there, and if you haven't yet, then you'll get there someday. 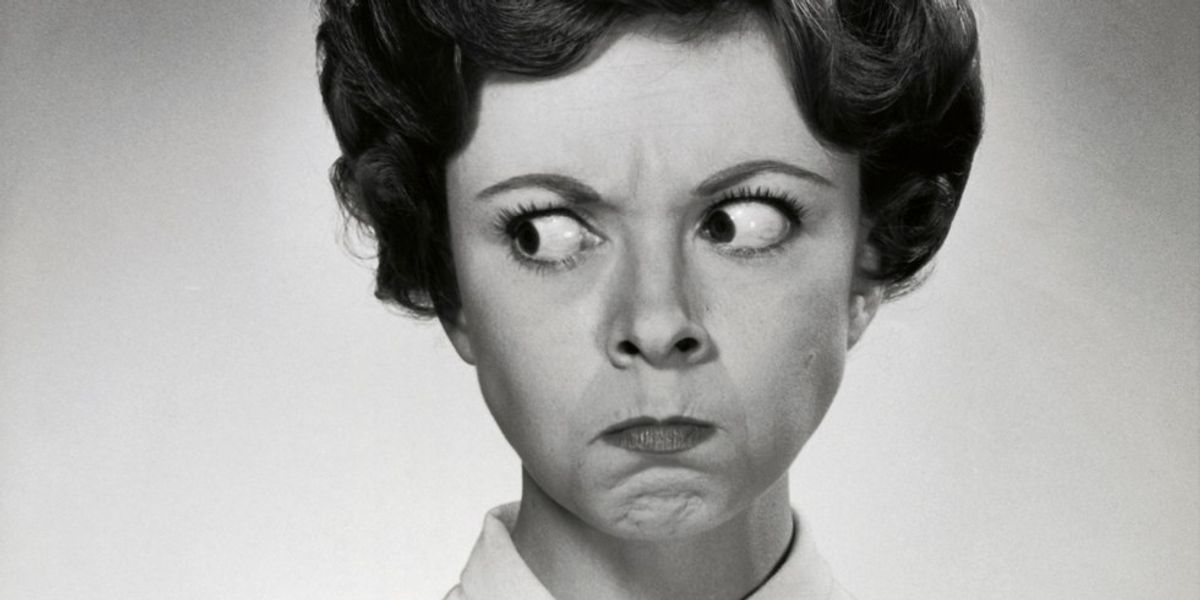 Whether you're a college student living in a dorm, living off-campus or out in the real-world Adult™ apartments, you're bound to run into some unpleasant roommate situations. It doesn't matter if you're rooming with friends, family or strangers, it'll happen. And when it does, especially if you're an introvert like me, you might be tempted to hold off on direct confrontation for as long as you possibly can.

Spoiler alert: It doesn't work. Even if a passive-aggressive technique seems to work for one instance, the lack of directness is likely to blow up in your face later.

1. Sticking Post-it/sticky notes everywhere to get your roommate's attention.

On the fridge, on their bedroom door, on the AC box they won't stop messing with...

Going the Post-it note route is easy, and it gives you the opportunity to add those sarcastic smiley-face emoticons. I mean, talking to the problematic roommate in person gives you the chance to flash them a winning, sarcastic smile using your own flair, but directly communicating your concerns is so overrated these days. Or so we wish.

If you've had the loud roommates, the ones that don't care that you have to wake up early and thus dare to blast loud (and usually of bad taste) music until 4 a.m. then you know you've had the urge to give them a taste of their own medicine.

I actually tried this recently because, you know, annoying neighbor problems. In this instance it's not a roommate driving me up the wall, so at least my actual roommates have my back. One of my roommates, the mastermind here, actually assisted me in some petty revenge as we shoved our phones against the wall separating myself and the noise and played two different country music songs. Needless to say, it didn't help, and we're good people so we shut off our music after about a minute of our Rascal Flatts/miscellaneous country music artist crossover.

Anyway, reciprocating annoying actions is more likely to irritate the first offender than convince them to stop. Instead, resentment will build; first it was just you accumulating this low-key hate, but after your petty revenge, it'll start to become two-sided.

At least you agree on something, right? Your mutual irritation of one another.

Still not a great bonding point for roommates though.

And just so you have a visual, trying to get revenge sadly just ends up looking like this:

3. Calling your friends/family to rant about it.

You should know while you're doing this that complaining to someone won't resolve the issue. But as long as you are aware of that, I perfectly empathize with the need to rant about whatever it is that actually motivated you to call someone. Because phone calls are gross. Only for dire situations, like when your roommate steals your pint of Ben & Jerry's.

So feel free to let off the steam, but while you're at it, ask if they have any suggestions on how to fix the problem with your roommate. Maybe they'll be as clueless as you, but just maybe they'll be able to give you an idea that you feel you could realistically do without going into hardcore stress-mode.

4. Ranting about it on your blog.

I'm guilty of this. It's easy to type your frustrations out into The Void. There are awful people online, but there are also people that will give you the kind of validation and vengeful support you're looking for. Depending on how many people are aware of your presence in The Void—otherwise the Void really just becomes The Void. Which is still cathartic in itself.

But by doing this, you're once again in the position of venting your frustrations without making any action to stop the issue that you'll only end up blogging about over and over again.

I'm not saying this isn't a legitimate option. After my failure of not only using passive aggression to confront my noisy neighbor but also attempting to directly confront them as well, I did put in a noise complaint to the management office.

But the best thing you can do is try to work it out with your roommate or neighbor first. I know going to an authority figure upfront to complain may seem easier, but direct confrontation is a part of adulting, and you may get an eye-roll in response if they've heard you haven't first tried to work it out yourself.

All in all, directly confronting an annoying roommate isn't always going to resolve the issue. They may continue with whatever awful thing they're doing, but at that point, at least you can know you tried your best. For people who hate confrontation, actually having to put it into practice is one of the most difficult things to do. But it's a skill that will be so worth it later on as you inevitably find yourself facing future situations in which your proactive #skillz will come in handy.